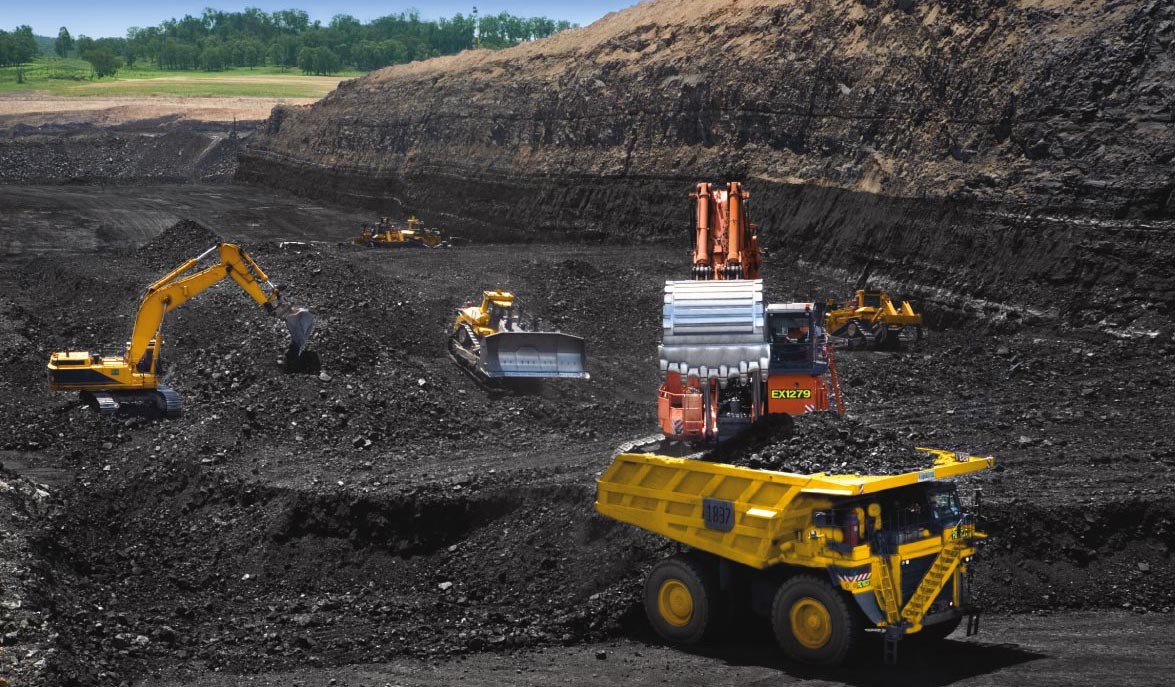 "Thari children have always been dying." I’ve heard these words from many mouths, including a herder, a very prominent planner, and a progressive activist from the area. The question is how the mainstream media is highlighting this on the eve of the commencement of TCP, or Thar Coal Project.

Before I embark any further on my eyewitness account of this abominable project, allow me to narrate a story from Mataro Saand, a village bordering Islamkot, the eye of the TCP storm. A man hailing from this village, who lost his wife and an infant to tuberculosis, was left to fend for his remaining three children, two boys and a girl. With nothing to eat or feed his family, he ventured out to look for work as a labourer in the under construction mega highway that links all the sites of the coal project to the major towns in the area. His efforts went in vain.

Two days later he returned home to his starving children. Upon seeing her father, the little girl asked for food. The man was so sick with frustration that he clutched his daughter and jumped into the well at his home, killing them both.

Stories of hunger and death are common here, no doubt. Therefore, many see the TCP as the first step to prosperity in the region. And as Prime Minister Mian Muhammad Nawaz Sharif recently stated at a government-level business conference, "With the Thar Coal Project, many ‘becharay’ unemployed people will get employment." So the question is: will the Thar Coal Project put an end to the impoverishment of the area? Or will it further deepen the wounds of the common Thari people and destroy their living environment?

Unfortunately, ‘development’ is not the only imposition on Thari society. Among the colourful, diverse communities in places like Mithi and Nagarparkar, the Jamaat-ud-Daawa’s presence stands out like a stick in the mud. As does the Rangers.

This reminds me of my trip last year to Bumburet valley near Chitral. Tucked between literally each stilted household was a madrassa, well within view of the newly built military cantonment!

The Kalash Valley and Nagarparkar are among the few remaining areas in Pakistan with predominantly non-Muslim populations, determined to maintain their identity in spite of all odds. Both lie near the extremely sensitive borders of Afghanistan and India.

"No foreigners allowed," reads bold on the checkposts when entering Nagar. No cameras allowed either.

In the age of satellites and camera-equipped smartphones, these colonial-esque security measures are laughable. Liberals lamenting the sad state of tourism in Pakistan should consider that with a little bit of creativity and sensitivity to local customs, Thar’s people could fare much better with an inflow of tourists rather than state-patronised maulvis. Excuse the writer’s heresy, but how is it possible for a banned outfit to work so boldly amidst such strict "security?" (There is a formal military cantonment in Bumburet!)

The town of Mithi, with 90 per cent Hindu population, is being literally encircled by Jamaat-ud-Daawa madrassas. The latter have even encroached upon and set up shop at the government degree college of the town. When local activist group Waseela Bachao protested this action, they were driven away with threats.

The TCP administration felt it necessary to employ technical personnel hailing from other areas on the Project. This much is understandable. But what is startling is how even the labourers employed by the TCP contractors are from areas other than Thar.

Mithi is a beautiful town, perhaps the only town (or even city) in Pakistan that has a yoga centre that is open to the public, not just the ‘enlightened’ elite. For ages, both Hindus and Muslims have coexisted here, respecting each other’s traditions and values. In this vein, the Muslim population of Mithi has refrained from consuming beef. (In any case, the cows of Thar are too beautiful to eat). A few weeks before my visit to Mithi, the Jamaat-ud-Dawa announced its intention to slaughter cows on the main chowk marking the next Eid-ul-Azha. A committee of concerned Hindus asked them to take back this decision, after which it was told that the Hindu population of Mithi had no right to create a ‘mini-India’ while living in Pakistan.

This reign of terror has left its imprint on the fabulous Jain and Hindu architecture that so beautifully stands among the dunes. Figurines, statues and thousand year old murals of gods, goddesses, kings, queens, musicians, dancers, warriors and all others that were celebrated and remembered in these ancient relics are all now faceless and headless. One is appalled and disturbed not only by the ruthlessness of the desecration of holy sites, but also at the sheer lack of recreational options for those carrying out this vandalism.

Walking past the historic marketplace of Nagar, in awe of the quaint tiling atop the shop structures, another abhorrent reminder of the ongoing project of Islamisation caught my eye. Below in the shops, almost all were Hindu: Bheel, Dravid or Meghwar. On the telecom or cola company sponspored signboards for the shops read out names like Al-Ghosia Traders, Yaseen Hotel, YaHussain Mobile Store, among others. This is very peculiar, and reeks of some sort of propaganda operation -- a heretic would feel it is tailored for peering eyes from across the border.

The narrative of the state, which is shaped around a skewed concept of security, has failed beyond comprehension with tragedies spanning across KPK, Balochistan, Sindh, GB, the Seraiki region and Punjab. Perhaps a renewed understanding and commitment to the people of Pakistan could replace this failure.

The TCP administration felt it necessary to employ technical personnel (with the exception of a few handful Tharis) hailing from other areas on the Project. This much is understandable. But what is startling is how even the labourers employed by the TCP contractors are from areas other than Thar.

As with any mega project, the area is being ‘cleared’ of unnecessary (read: ancient, indigenous) settlements. I hear it is a good time to be a landowner in those areas -- as they are compensated handsomely. However, there is absolutely no clause for resettling ordinary locals in the new TCP plan (Interestingly, there was one during the intended plan during Musharraf’s era). Also, if you happen to be of the Bheel or Kolhi caste, eviction is commonplace.

A one-month notice will be handed to you, and after your obvious compliance, you will be expected to join the vast ranks of the faceless, dispossessed by mega projects like yourself, and you will have to leave an ancient community that has adapted to the Thari environment, and find a makeshift shack in urban mayhem. After pushing you out of your home, the state and its cronies will have no need for you, unless of course, you work as hired help to feed your hungry family and repay that huge debt you took to shift and set up somewhat of a shelter in the urban underbelly.

Many modernity buffs scoff at the next victim of the TCP -- the ecological balance. I learnt from renowned planner Arif Hasan that in only 65 per cent of the estimated amount for a coal-specific scheme, the Project could be solar-powered. Now in a place like Thar, there is no dearth of solar energy. However, the interests of big business are of course prioritised over long-term sustainability and ecological harmony. During the process of coal extraction, machines and other materials used will ultimately come into contact with the underground aquifer, a kind of permeable rock through which water can pass. Now the water, which passes 70 metres under the coal deposits, runs directly via the Virahwah water body toward the ‘protected’ wetlands near the Rann of Kutch.

Here is a biodiversity haven, teeming with migratory birds that have fled the harsh Siberian winter. This haven will soon receive the gifts of a waterway choked with chemicals, and will ultimately wither away. In the blink of an eye, this wondrous region dotted with magnificent hues and plumes will vanish.

As I see it, the TCP needs to be seriously reconsidered and altered so that this mega development project does not wreak utter, all-encompassing disaster. As the fearless Perween Rahman stated, a little before her brutal assassination, "We don’t need mega development, what we need is mega management." Her words ring true for the TCP in specific and the Pakistani state’s overall path to ‘progress.’

However, all the mafias: whether state-level megalomaniacs, self-righteous mullah brigade, profit-hungry corporate gourmands, as well as the informal brutish contractors, are obsessed with the two Ps, power and profit. They prey on the most vulnerable, ultimately destroying indigenous communities, infrastructures and the environment.

This by no means suggests that progress should not take place. I merely point out at the ease with which imported development plans, which have proven hugely flawed and destructive, are foisted upon eco- systems that can and should be developed through a more inclusive and sustainable process. Unless this path is taken, which will have to be imposed on a syndicalist-inspired systemic level, devastation is inevitable.