Whether made a separate province or merged with KPK, the fate of FATA should be decided at the earliest 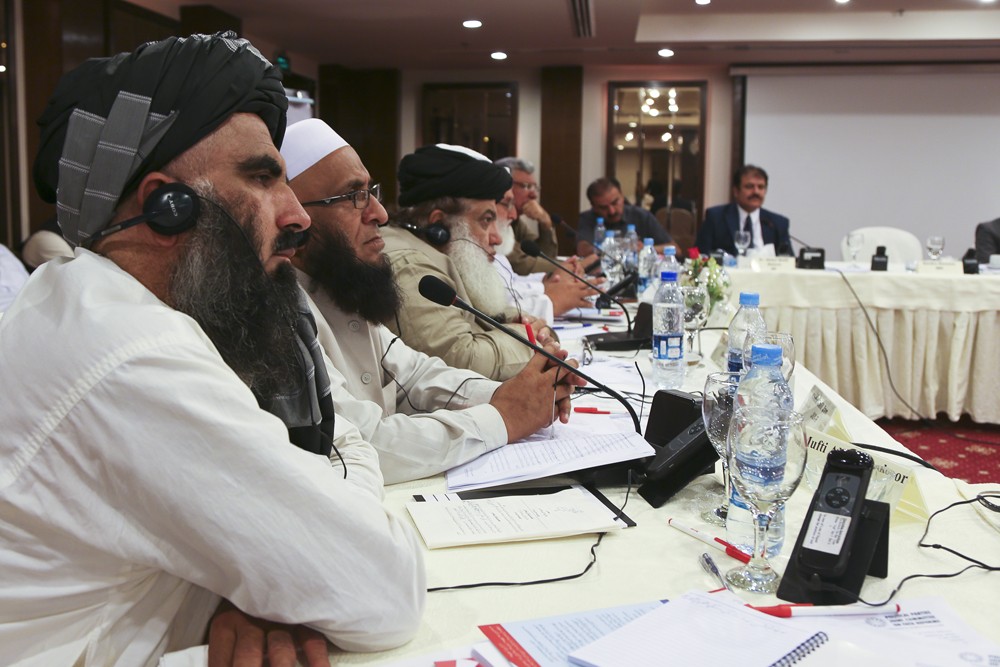 A great scene was witnessed on November 16, 2015 when people from Federally Administered Tribal Areas (FATA) gathered in D Chowk Islamabad for their rights. Tribesmen have been in limelight since the very inception of this country but for the first time ever, they wanted something for themselves. They demanded mainstreaming FATA -- something the state should be doing, something long overdue.

There was a lot of talk about reforms in FATA. Somehow, when the sham reforms were unable to throw a spell on the tribesmen, talks of giving provincial rights to FATA have been initiated. There are FATA parliamentarians and the national political parties advocating merger of FATA with Khyber Pakhtunkhwa (KPK) and there are Maliks who desire a separate province. The FATA parliamentarians want us to believe that the federal government has completed consultations with people from FATA and has already decided to merge tribal areas with Khyber Pakhtunkhwa. Though they say the decision will be announced after the completion of the ongoing military operation.

Personally, I don’t see any of the two happening and I believe it is just to divert attention from the burning issues of IDPs, throwing tribesmen out of Islamabad, the losses sustained by tribesmen during Zarb-e-Azab and so on.

FATA was always the poorest area of the country but it was brought to ruins by the flawed Afghan policy of the establishment, especially after the Russian invasion and 9/11. Historically, the safest area in the country has unfortunately been converted into a battleground and a hotbed for breeding extremism. While discriminatory laws and denial of basic human rights are the root causes, severe poverty, abysmally low literacy rate and most of all non-existent means of livelihood are the catalysts that have pushed FATA to become the most dangerous spot on earth. Thus, there is a dire need for immediate interventions more than ever before.

Dragging feet for more than half a century on mainstreaming FATA exposes the lack of wisdom of our political leadership and the colonial mindset of our bureaucracy. Whereas, the politicians fail to fathom the gravity of the situation and grab this historic opportunity to rectify past wrongs, the bureaucrats’ stakes dictate maintaining the status quo. Ironically, the most vociferous champions of status quo in FATA are not the tribal, as we were made to believe but their so called ‘friends and well wishers’.

Dragging feet for more than half a century on mainstreaming FATA exposes the lack of wisdom of our political leadership and the colonial mindset of our bureaucracy. Whereas, the politicians fail to fathom the gravity of the situation and grab this historic opportunity to rectify past wrongs, the bureaucrats’ stakes dictate maintaining the status quo.

The established institutional structures and conflict resolution mechanisms have crumbled and there is no hope to fill the void within the existing system, so strengthening the existing system is off the menu. We have two options, either we leave FATA the way it is, a Yaghistan (no man’s land) free for all or we bring in changes to mainstream it keeping in view the ground realities. The area cannot be left a Yaghistan as the stakes not only for Pakistan but for the entire world are too high. Knowing that the future political-strategic direction of the region and consequently of the world would be determined in and around this area, every powerful nation is trying to increase its influence in this area. Such an important area cannot be left to become the most dangerous place on earth so we need to be clear on one thing; status quo is not an option. Besides, since the tribesmen want it, change is imminent.

If we decide to mainstream FATA what are the options. Should it be an independent province or a part of KPK. Before deciding on where FATA should rest, let us examine the ground realities. We know that it is the poorest area in the country -- there is no infrastructure, there is a military operation going on and there are no developed resources other than the trade routes. There is no connectivity among the tribal agencies. For any business activity, health and/or education services, the tribesmen depend on settled areas.

All the seven tribal agencies have their peculiar identities and have little in common. A man from Khyber or Mohmand has more in common with someone from Peshawar than with a Wazir or Mehsud from Waziristans. Hence, any characterisation of FATA makes it a natural part of KPK province.

Now the question is, does KPK want FATA to be a part of it? Has anyone asked KPK? If FATA were to join KPK, Hazara will lose its decisive role in government making, hence I doubt Hazara welcoming merger of FATA. With the ongoing war on terror, FATA will be seen as a burden on the already meager resources of KPK. Special dispensations will have to be made to bring FATA at par with the rest of the country.

A marshal plan needs to be designed with extraordinary resources pumped in, which is way beyond the capacity of KPK. On the other hand people of FATA, being a backward area, will not be able to compete in KPK and will be second rate citizens for at least another decade. Though they don’t matter much, the people of FATA should also be taken into confidence. What do they want? Whenever we intend delaying things we put it to vote. Ayaz Wazir calls for a referendum which will never take place as there are never going to be enough funds. Finally, merger will have to be done in phases and everything that can go wrong will go wrong midway.

As for declaring FATA a separate province, we know that all the provinces are getting most of their funds (above 90 per cent) from the federal divisible pool and so will FATA. As a separate province it will be easier for the federal government to cater for its special needs. FATA has immense resources, from gold to oil and gas to marble, which can be developed on priority. It has the most mobile labour force and is the biggest foreign remittance contributor. It has an excellent self government system which can be modernised into a model for the rest of the country. The only drawback in a separate FATA province is the connectivity which can be corrected on priority by improving intra FATA communications.

It is pertinent to know that the last census was a nightmare for FATA as the population of FATA reduced in real terms. North Waziristan (NWA) is a point in question. According to the census, population of NWA was 0.316 million, is estimated around 0.5 million (at two per cent population growth). Actually only the IDPs numbered more than a million. Most of the Wazir area, (60 per cent of the agency) was spared the operation. Meaning thereby that the actual population of NWA might be somewhere around 2.0 million. Keeping in mind the terrain, backwardness of the area, less resources allocated over the last sixty years, FATA will have to be given additional resources.

Opinions differ. There will be further discussions on the subject but we need to realise that this issue has already been over debated since the time of ZA Bhutto. Decisions are delayed on different pretexts and then hasty decisions are taken in a manner which will do more harm than good.

As a first step, we need a chief executive/governor for FATA and from FATA as was done in case of Gilgit Baltistan. The chief executive should advocate the cause of FATA. This one act, of giving FATA a benevolent chief executive, will resolve half of the problems. Once a FATA governor comes in, he can proceed with reforms acceptable to the people and the government.