A ‘free of cost’ issue 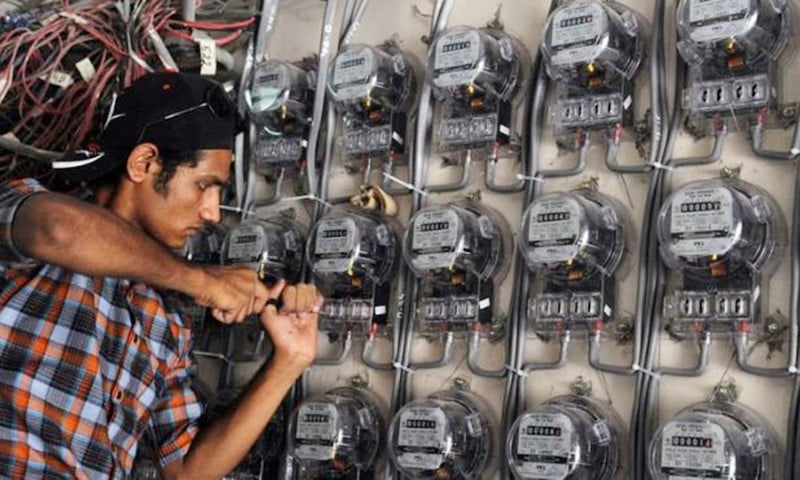 Pakistan is an energy deficient country where electricity load management is one of the biggest challenges faced by the policy makers. Here each and every electricity unit matters and the distribution companies can be seen making frantic appeals to consumers to save electricity and discourage needless consumption. Wastage of electricity is strongly discouraged and in days of bigger shortfalls, priorities are identified according to the particular needs of different sectors. There are times when supply to domestic consumers has to be cut to facilitate the commercial and industrial sector and vice versa.

One major reason for this energy shortage is the yawning gap between the production cost of electricity and the recoveries made by the distribution companies. The deficit remains and has to be covered through government funds. There are several factors such as subsidies, outstanding dues, line losses, overheads, financial mismanagement, outdated infrastructure, inefficient staff etc that have plagued this sector.

Recently, there have been public debates about saving electricity and government measures to achieve this end. For example, the street and road lights that have been getting electricity supply from the national grid have been shifted on solar energy. A whole industry has emerged over the years that offers energy-efficient home appliances to reduce electricity consumption of households, businesses and commercial centres, educational institutions and government establishments etc.

Against this backdrop, an issue that has caught public attention is the facility of free electricity units to the employees of Wapda, NTDC, electricity distribution companies known as DISCO and so on. The arrangement in place is that these employees are awarded an annual quota of free electricity units, according to the limit sanctioned to them as per their scale and position, that they can consume within a year. The common practice is that less units are consumed in winters and more during the summers and any outstanding units at the end of the year lapse.

The provision of free units facility has come under criticism due to some irregularities reported regarding their consumption. There have been cases of employees selling free units to private consumers at lower than the actual cost by getting metres installed at their place. Besides, it was observed that electricity sector employees consumed more than required electricity just to avail the total limit. They were highly uncomfortable with the idea of leaving even a single unit unconsumed. Power theft through electricity metres installed at employees’ house was another unwanted practice that showed how indifferent they were towards the wasteful use of electricity.

One major reason for this energy shortage is the yawning gap between the production cost of electricity and the recoveries made by the distribution companies. The deficit remains and has to be covered through government funds.

One can recall that the PPP’s Water and Power Minister Naveed Qamar once told the Senate that the entire country would be unplugged if the facility of free power supply to Wapda officers and workers was suspended. He said though the government ordered discontinuation of free units to the Wapda employees, the utility’s union refused to abide by this directive. He informed the Senate that the CEOs of different power suppliers including the Chairman of Wapda enjoyed facility of 2000 free units per month, Grade-21 and 22 officers received 1100 free power units each and the officers of Grade-19, 18 and 17 got 800, 600 and 450 free electricity units respectively. The limit for lower scales was much less than this.

The Senate committee had recommended that the facility should be monetised and the employees should pay the bills from their own pockets as they have been found misusing the facility.

Former MD Pepco Tahir Basharat Cheema confirms that some employees were found misusing this facility and punitive action was taken against them. But this does not mean that this facility is withdrawn. By the way, he say, these units are not free. These are billed, paid by their employing organisations and properly accounted for. He says these are part of their package just like the way different government and private organisations offer petrol allowance, mobile allowance etc.

He tells TNS that during his tenure he took action against the employees who were stealing electricity and distributing it to neighbours etc. Provision of free units was ensured only at premises with metre installed in the employee’s name with reference to his employment number.

Citing his own example, he says he has been sanctioned a limit of 880 electricity units per month that are hardly sufficient to run an air-conditioner for six to eight hours a day. He says his units are often left unconsumed as he has installed a solar power system in his house.

Usama Tariq, deputy general secretary Wapda Hydro Electric Union, tells TNS that they had won this facility back in 1978 after successful bilateral negotiations. He says somebody has challenged this and they are defending it in the court.

Tariq defends the eligibility of employees to avail free units in limited number. He says they are the ones who produce and distribute 32 billion units of electricity from water resources. This, he says, is the cheapest form of electricity that helps in bringing down the average cost of electricity provided through the national grid. He says in the absence of hydel power, the electricity produced by fossil fuel-powered IPP would have cost people above Rs40 per unit.

"Do you think we do not deserve this facility in return, especially when our employing organisations are paying for it," he questions.

A ‘free of cost’ issue