This book on environment is well worth a read, with no rancour and good humour 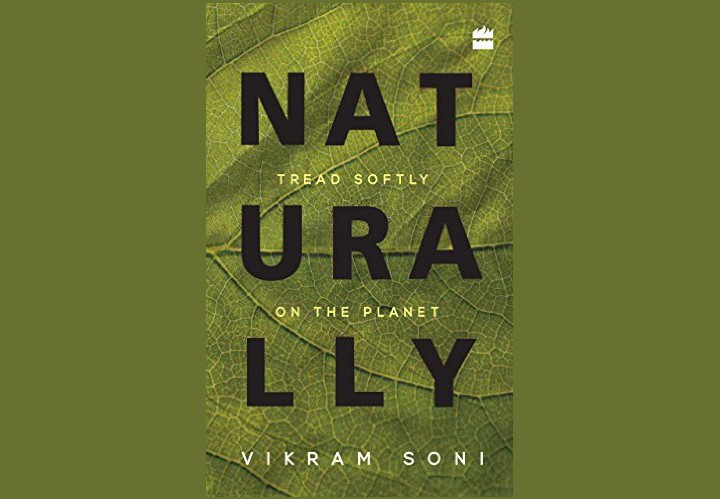 A book written by Vikram Soni, and published by Harper Collins, from Delhi is about the destruction of our environment and planet by the forces of "development". It describes the effect this is having on our lives, and more ominously, on the lives of future generations.

It is a 250 page easy to read, well printed, and reasonably priced book. It discusses the destruction of our environment and habitat, the ozone depletion, global warming and pollution in simple and easy language. There is minimal technical jargon and issues are explained with everyday metaphors and examples. He then goes on to give simple practical solutions to some of the environmental problems. All this with no rancour and good humour. There are personal anecdotes which further amplify the concepts that the author is advocating.

Developments and examples from all over the globe are cited to illustrate the problems we all face. Talking about traffic jams and congestion he tells us how public transport in Kuala Lumpur have introduced "public conveniences on vans to avoid public inconvenience!" Meaning toilets on board buses.

The author has been a professor of Physics at the Jawaharlal Nehru University in Delhi. His father was a forest officer all his life, retiring as the chief Forest Officer of India. The family has therefore lived in or near the forest all their lives. They have personally witnessed the destruction of the forests of the Indian subcontinent. He has therefore championed a long struggle to save The Ridge in Delhi from "development."

The Ridge is a hilly area about 20km long and two to three kilometres wide, between the airport and the suburb of Vasant Vihar. These hills are covered by scrubs, bushes, cactus, kikar, neem and subabul trees. The forest was inhabited by pheasants, peacocks and neel gai. As the population of Delhi exploded the land developers wanted to exploit The Ridge.

Soni and his colleagues, including Kuldip Nayyar, demonstrated, agitated, and petitioned the courts to save The Ridge. They argued that if The Ridge was developed Delhi would lose its lungs as well as a great park. The Ridge, they said, was the best aquifer, which absorbed rainwater, purified it and stored it underground in natural reservoirs. The residents of Delhi got pure drinking water almost free of cost -- far superior to the bottled water that rich people bought at great expense.

Vikram Soni proposes solutions some of which are practical and down to earth and some are unusual.

Over the years with help from the courts, the press, and a concerned citizenry this became a "cause celebre". The Ridge is now a "biodiversity park" where the original forest is preserved. There are no hedges and lawns, no rose gardens and tuff tile walkways. It is a forest in its natural state with most of its native wildlife and flora and fauna fully preserved. A rare pleasure to walk through.

The book proposes a number of development strategies which will reduce the impact of urbanisation on the habitat. It proposes a new concept for green cities -- better buildings, zoning and a mixture of residential areas and green areas.

The book talks about all the major environmental issues being faced by the world today. He then proposes solutions some of which are practical and down to earth and some are unusual. He measures the effect of a well-developed flood plain like the Yamuna would do for Delhi and its sub-soil water reservoir.

The same principle applies to Lahore and all the cities near rivers in the subcontinent at least. Simple solutions like water conservation from flood plains and ridges or forest aquifers are practicable and can be implemented at no great cost. They would enhance the quality of life in the big cities.

However, there are major issues like nuclear power over solar or fossil fuels. He opts for nuclear power. He criticises hydro-electric projects as they destroy river flows. Biodegradability of metals and alloys being used in telephones and solar cells also pose a big question. He expounds a very valid principle: that each new development or technology should be judged, not only by its direct material usage but also by its effect on the environment. We must find ways to make development environmental friendly.

I suppose the major conclusion that we are to derive from the book is not only to learn to consume less but also to change the direction and technique of our development strategies.