Tribute to the steel magnolia

In the death of Zeb Gohar Ayub Khan, a life is lost that exhibited the good characteristics of both the Eastern and Western woman 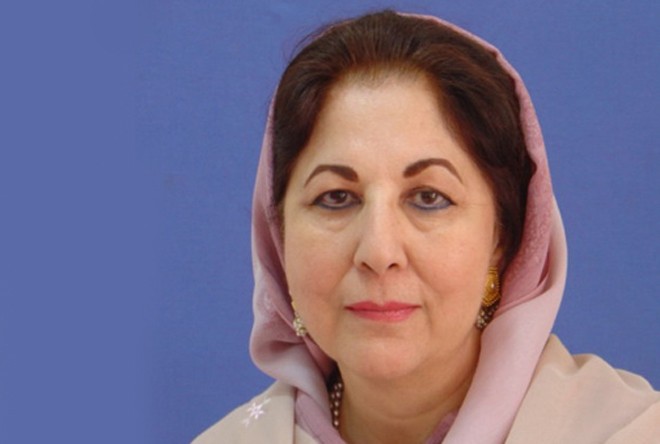 I am using the word steel, associated with strength and flexibility and magnolia with fragrance and beauty to describe the life, character and personality of a formidable, exceptional and extraordinary woman, Zeb Gohar Ayub Khan.

A woman of immense qualities from whose refreshing scent, captivating smile and delightful presence we have been unfortunately deprived by the cruel hands of death. I have yet to come across a personality that has a combination of so many qualities and attributes. She was a caring and protective mother, a loyal and supporting wife, a sympathetic sister, a friend and confidant to the rest of the family and friends. Her loss will not only be felt and mourned by her immediate family, but even by those who were merely acquainted with her. I for one will sorely miss her warm smile, motherly embrace and soft mesmerising voice.

Any individual who has inner goodness in the form of human virtues such as compassion, sympathy, empathy, love and affection will no doubt acquire an outer pleasantness as well, which in her case further complemented her God given pristine beauty. In her life she exhibited the good characteristics of both the Eastern and Western woman -- a fully emancipated woman, yet working within the bounds of decency and honour. By her husband’s side when he was member, speaker National Assembly and as foreign minister, she won the hearts of many with her graceful conduct and humble nature.

She used her position to support and run a number of charitable causes, yet another proof of her passion and desire to help humanity in general. A conservative at heart, cherishing and upholding the conduct becoming of a Muslim and Pathan woman, a strong and forceful advocate of moral and ethic values, she is no doubt a role model for the women of Pakistan.

The daughter of Lt Gen Habibullah, daughter in-law of President Ayub Khan and wife of Gohar Ayub Khan, she saw and experienced a lot of important and crucial decisions and events. She also got the opportunity to mix with a lot of people who were or subsequently became the major players in Pakistan’s political arena.

How these things helped shape and developed her political sense was reflected in discussions on politics in Pakistan in general and KP in particular with people including myself. I admired her for her grasp of political realities and their dynamics. It was after her death that it became known how she had in her own unique way befriended people from different segments and strata of society and each in turn has a fascinating tale to tell about her, how she had helped them in times of difficulty and distress both emotionally and financially, and not a word to anybody. She did not seek publicity, in all probability she felt this to be a matter between herself and her Creator.

The serene look on her face which she bore throughout her life had to be the result of this very feeling of fulfillment; it had a holy and pure aura to it. After all what is the purpose of life? To strive for the betterment of society by contributing what little we can in our individual capacity. "Share God’s bounty with others," this saying seems to have been her motive, and she shared freely and liberally.

Even in her illness, she continued her tradition or rather habit of hospitality and inquiry into the wellbeing of others. I pray and hope that her soul finally finds its elysium in the Hereafter.

Tribute to the steel magnolia