A house in order

Are Senators setting new trends in democratic responsibility and self-accountability? 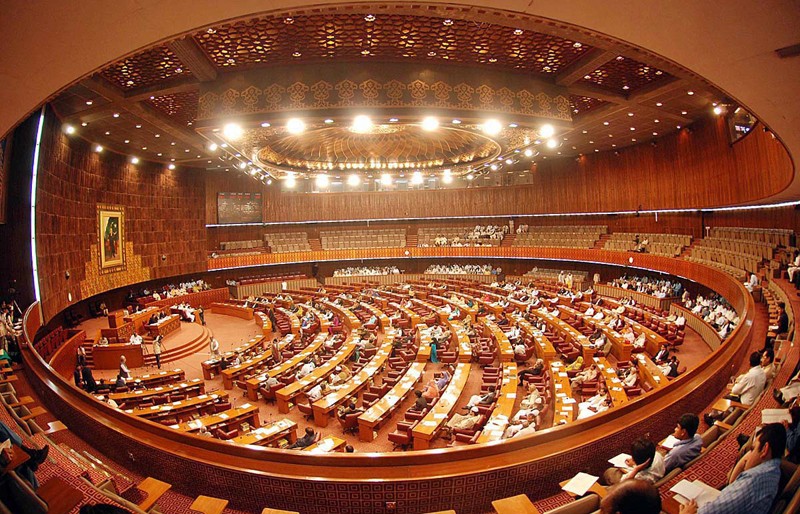 Since March 2015, one hundred and four wise men, politically known as Senators, start their every session on time, ignoring the formalities of the quorum and adjourn their sitting only after completing the entire agenda for the given day. Logic is to do maximum possible justice with the bestowed ‘right to represent’ the federating units and the federal areas and complete the assigned work for which the taxpayers foot the bill.

It is a new culture of democratic responsibility and self-accountability by the mandate bearers.

Forty two years old territorial chamber -- the Senate of Pakistan -- is the creation of the Constitution of 1973 when bicameralism was acknowledged as an essential element for the health of our conflict ridden federal polity. During the regimes of General Ziaul Haq and General Pervez Musharraf, this envisaged house of democratic continuation also had to suffer disruptions for 11 years from 1977-1985 and 1999-2002 respectively.

For the changing Senate of Pakistan, one can’t ignore the commitment and democratic dedication of the incumbent Chairman, Senator Raza Rabbani, who has been in the Upper House since 1993, representing Sindh on the platform of Pakistan People’s Party. Out of the total 31 years of the Senate’s functional life, Rabbani has served for 19 years. But as a team leader, Senator Rabbani makes sure that the parliamentary leaders of 13 political parties and independents having representation in the Senate of Pakistan -- the house of the federation -- decide about full operationalisation of the Rules of Procedure and creative innovations in the House Business Committee.

In a country that has many democratic deficits, the Senate of Pakistan during 2015 for the first time celebrated the Day of Constitution 1973 and the Foundation Day of the Senate besides discussing and debating the periodic constitutional reports of the Council of Common Interests, the National Economic Council, the Principles of Policy and the National Finance Commission for the first time in the parliamentary history of the country.

To connect the parliament with the people, the Senate has opened up a window of public petitions. Yet another innovation via the Committee of the Whole has outlined recipes for judicial and other vital reforms. The Senate of Pakistan webcast live its day-to-day proceedings and very often Pakistani students come as visitors in the galleries to see their representatives at work.

Pakistan’s political pluralities are quite well represented in the Senate of Pakistan. From Balochistan, nine political parties have representation in the House. Out of these, Senator Mir Hasil Khan Bizenjo, President National Party, heads a newly created Functional Committee on Devolution to make sure that the 18th Constitutional Amendment is implemented in letter and spirit and there is a communicative link between the federation and the provinces.

Another Senator of the National Party, Mir Kabir Ahmed, heads the Standing Committee on Inter-Provincial Coordination. Young and dynamic Senator, Usman Khan Kakar of Pashtoonkhwa Milli Awami Party heads a Senate-specific committee on Less Developed Areas. The intensity of these three democratic voices is important for the federalist future of Pakistan. Another vocal voice for provincial rights is Senator Dr Jehanzeb Jamaldini of Balochistan National Party-Mengal.

From Punjab, the house has senators only from two parties, namely the Pakistan Muslim League-Nawaz (PML-N) and the Pakistan People’s Party-Parliamentarians. The leader of the house, Raja Zafarul Haq, and the leader of the opposition, Aitzaz Ahsan, hail from Punjab. Quite surprisingly, two Senators from Punjab, Nehal Hashmi and Saleem Zia, are the office bearers of the ruling party PML-N in Sindh. Out of the 23 Senators from Punjab, eight are from Lahore and five from the twin cities Rawalpindi and Islamabad. The much-ignored Seraiki belt has only four Senators out of 23 from Punjab.

From Khyber Pakhtunkhwa, the chief of Jama’at-i-Islami Sirajul Haq and the first-ever representation of the Pakistan Tehreek-e-Insaf bring political diversity along with the Pakistan People’s Party and the Awami National Party (ANP). The ANP has accommodated its president of Sindh chapter Shahi Syed in Khyber-Pakhtunkhwa.

Sindh is a unique example in the house as it has sent two women Senators, Sherry Rehman and Khushbakht Shujaat, along with a representative from religious minorities Gianchand on general seats. With this, women’s representation comes to 15 instead of overall 13 reserved seats. There are five representatives of religious minorities instead of four reserved seats. Sindh accommodated at least three outsiders, namely Rehman Malik (Punjab), Ateeq Sheikh (Punjab) and Barrister Saif (Khyber-Pakhtunkhwa).

There are many demands of electoral reforms. To begin with why can’t we decide about the authentic representation of territories in the Senate, otherwise there will be distortions that will kill the very essence of the Senate.

In terms of performance, the Senate of Pakistan has picked up many issues that concern the people of the country. The opposition dominated house disapproved an ordinance to convert the Pakistan International Airlines (PIA) into a company. The Senate also ruled against the schedule of the Local Government elections in the Federal Capital before the relevant law is finalised. One can say with a degree of confidence that a culture of parliamentary vigilance and oversight is emerging in the country.

The landmark step taken by the Senate of Pakistan was the constitution of a permanent Committee on Delegated Legislation on December 28, 2015, to scrutinise and report to the House that whether the powers to make rules, regulation, bye-laws, schemes or other statutory instruments conferred by the constitution or the parliament have been timely and properly exercised by the mighty executive.

If this committee works well the people of Pakistan will finally realise that the much maligned legislators have always done their work quite well and the stigma lies somewhere else.

Besides the Senate, the National Assembly of Pakistan -- the peoples’ chamber -- is also going through historic transformation to protect the rights of the 200 million Pakistanis. What Pakistan needs today is a futuristic political wisdom articulated in the representative democratic institutions for democratic future and a much more stringent culture of ‘parliamentary oversight’ over what so ever is happening in the country.

A house in order