Both Nawaz and Modi have an unfinished agenda of peace. Will they achieve it this time? 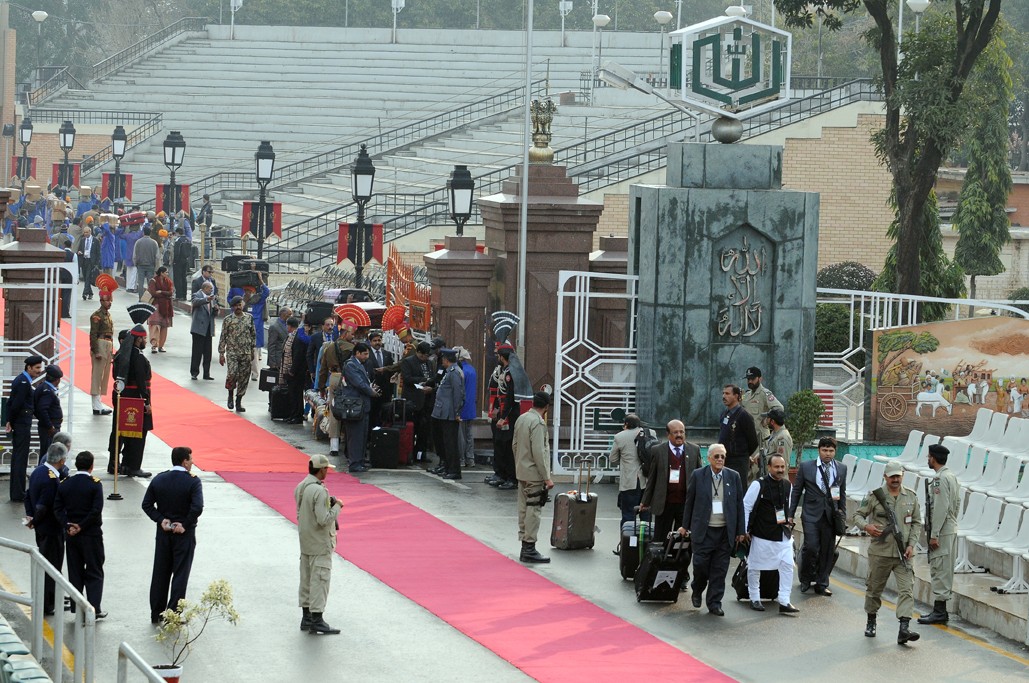 Not long ago, with Narendra Modi elected in New Delhi and Nawaz Sharif in Islamabad -- both business savvy leaders -- the world was looking at this region as the next global engine for greater prosperity with improved stability and connectivity across the subcontinent. With recent events in both countries -- rather illiberal positions taken by the Indian leadership and with a more aggressive and empowered army in Pakistan -- these hopes waned. With the positive gesture of Modi stopping by at Lahore, can it all begin to change? Both Nawaz and Modi have an unfinished and aborted agenda of peace.

Let’s have a quick glance at history.

At the time of Partition in 1947, India and Pakistan were heavily inter-dependent on bilateral trade - about two thirds of Pakistan’s exports went to India and about one third of Indian exports arrived in Pakistan.

Till the 1965 Indo-Pakistan war, Indian citizens in Amritsar were getting their electricity bills from the other side of the border, Lahore Electric Supply Corporation. War not only broke down this infrastructure, it also led to an iron curtain at the Wagah border.

In 1972, soon after East Pakistan broke away to become Bangladesh, Pakistan and India signed Simla Accord, resulting in withdrawal of Indian forces from Pakistan’s territory and freeing up of 90,000 Pakistani soldiers. They also agreed to resort to bilateral tracks for resolution of all issues including Kashmir.

During the 1980s, there was no significant development in bilateral peace -- Pakistan’s army was over-committed to the Western front and there was the Kashmir independence movement and the escalation over Siachen.

In February 1999, Nawaz Sharif had welcomed his Indian counterpart Atal Bihari Vajpayee at the historic grounds of Lahore where Pakistan independence movement started in 1940. Vajpayee made historical remarks saying Pakistan is a reality thus silencing his and BJP detractors on the issue of Hindu nationalism.

Both the prime ministers had signed a peace accord -- Lahore Declaration. The focus of the declaration was "welfare of the peoples of South Asia through accelerated economic growth, social progress and cultural development". As a result, Wagah border was opened for trade, which has not been closed since then.

Months after the Lahore Declaration, the Kargil war broke out thus reversing all the peace process.

By October 1999, Nawaz Sharif was ousted in a coup led by General Musharraf who was the architect of the flawed Kargil operation. In no time, Vajpayee had also lost his majority in Lok Sabha.

After the controversial elections of 2002 in Pakistan, when the leadership of both major parties was banned from participation in elections, the religious parties, for the first time in Pakistan’s history, rose to power.

Around the same time, armies of both nuclear countries exhibited a scary, one-year stand-off at international borders. In 2001, with the US invasion of Afghanistan, the region became the frontier of war, and instability ensued.

Both Nawaz and Modi represent the right wing of their respective national polity; both have demonstrated their commitment to economic reform and infrastructure development; and both have remained business savvy.

In 2006-2007, both countries, after years of track-II diplomacy, came closer to an "out of the box" solution of the Kashmir issue containing bold propositions of complete demilitarisation of the region, easing movement of people and goods within Kashmir and a joint management. However, as Musharraf got embroiled in the Lawyer’s Movement in 2007, no tangible progress was witnessed.

There has been no major breakthrough between India and Pakistan in the last 15 years, and attacks on Indian Parliament in 2002 and Mumbai attacks in 2009 had further shaken mutual confidence. Similarly, Pakistani authorities have expressed their concerns over the possibility of Indian involvement in Balochistan unrest as well as increasing presence of India in Afghanistan.

Can all of this change?

If history is a guide, one thing is clear. Peace has been more likely whenever a democratic regime has been in power in Islamabad. On the other hand, not only wars of 1965 and 1971 were fought under the military leadership but bilateral relations have also experienced significant strain, particularly in the Musharraf years.

Pakistan has begun to change and seems to be well on track for procedural democracy.

The current premiers in India and Pakistan have striking similarities. Both Nawaz and Modi represent the right wing of their respective national polity; both have demonstrated their commitment to economic reform and infrastructure development; and both have remained business savvy.

There is no denying the fact that Nawaz Sharif faces a deeper challenge: tackling both the Taliban and navigating with the all powerful army. However, Zarb-e Azb has transformed this challenge into a long due war which needs to be won by the military. This has provided a great opportunity to Pakistan’s political leadership -- it can launch a peace offensive on India.

The region is improving in connectivity -- sans Pakistan and Afghanistan. In our capital, without many people noticing, there is a talk of two SAARCs -- the Western SAARC and the Eastern SAARC. The Eastern SAARC, which is getting more integrated, is obviously minus Pakistan and Afghanistan. There are hundreds of flights that connect airports across India, Sri Lanka, Bangladesh and Nepal. On the other hand, there are only two weekly flights between India and Pakistan or between Afghanistan and Pakistan.

The CPEC linking Pakistan’s north to its south does not have the mandate to improve the South Asian connectivity. The TAPI pipeline has taken 25 years only to get signatures.

Indo-Pak trade has been considered high potential-low output. This is unlikely to expand significantly as the industrial elite, particularly Karachi and Faisalabad centric, strongly oppose it.

Given his vote-bank within the industrial and trading classes and overall security situation which has given the army significant room, it less likely that Nawaz Sharif will open up economic front with India. The economic gains although well-documented remain elusive.

The best way forward for Prime Minister Sharif is to immediately finish reciprocity in visa procedures -- both formal and real. Nawaz should unilaterally launch a people offensive -- not only by going to India, but by letting Indians come and visit Pakistan.

If the political leadership can aim at normalising people-to-people travel, situation will improve in a few months. More demand of air travel will push airlines to start more flights which will bring an economic incentive for tourism. When I visited India, I found that they have lot more misgivings about Pakistanis than we have about them. In fact, state functionaries were more welcoming than the people on the street in India. Just giving them an opportunity to visit our thriving markets in Lahore and other cities can be a perception changer.