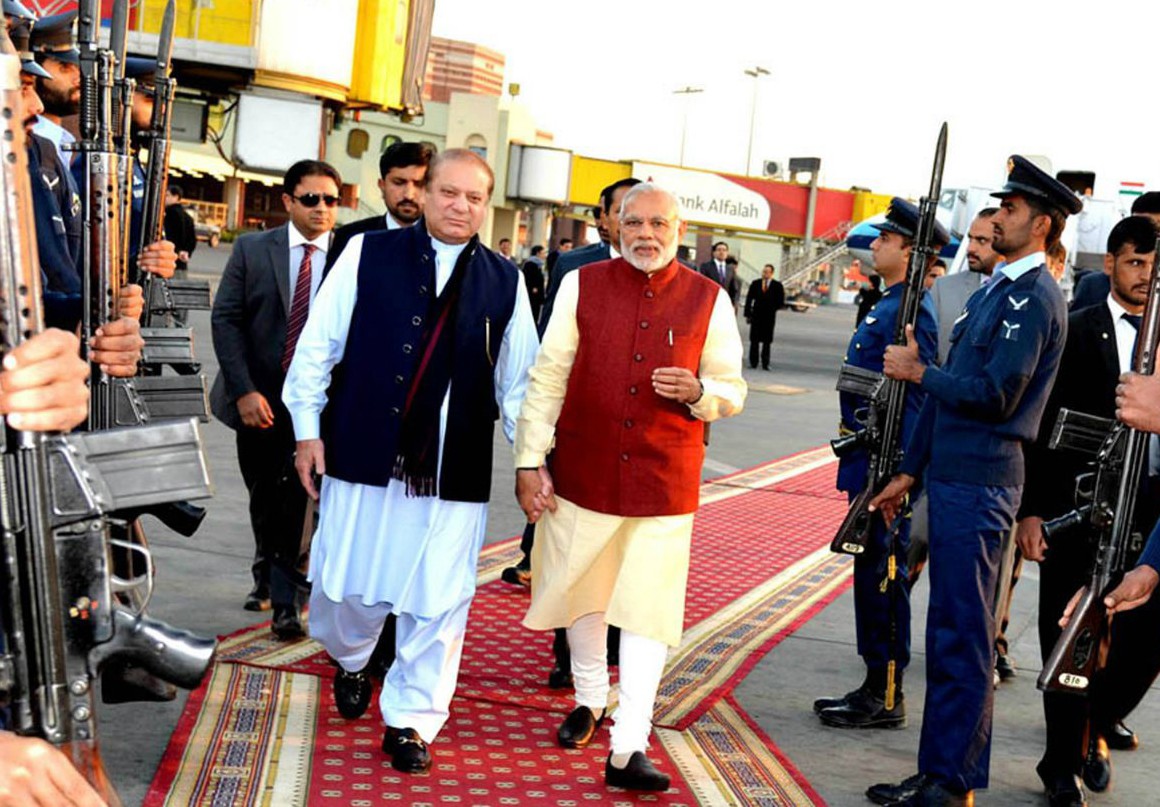 In 1994, as a twenty plus, I landed in Stadtschlaining province of Austria to attend a three-month course on Peace Studies in the European Peace University. For me, the most perplexing phenomenon was that European students would take their cycles to the nearby border to Hungary, show their passports and hop over to their neighbouring country for cheap shopping and get back at the border, show their passports again and be back in Stadtschalining in a couple of hours.

I would often wonder: how could these Europeans go so easily to their neighbouring countries while we Pakistanis could almost never go to India? The peace studies course changed my outlook and worldview, largely due to the huge influence of Carol Cohn’s deconstruction and feminist critique of chauvinism in the American defence establishment (published in the Bulletin of the Atomic Scientists in June 1987).

Coming back to Indo-Pak peace dividend, as far as I recall the events in my adult life, there are concerted lobbies in Pakistan and India who always want to derail the normalisation process between the two neighbours. Anti-peace lobby has been much stronger in Pakistan; however, they have found matching extremist mindset in India now as well. One cannot deplore enough the historically secular Congress Party opposing Modi’s recent ‘surprise’ visit to Lahore. Politics is opportunistic but there are limits to being opportunistic.

The anti-peace lobby historically has always opposed normalisation of relations between India and Pakistan. I remember when Rajiv Gandhi visited Islamabad in 1988 and the newly-elected Benazir Bhutto hosted him, there were innuendos in the Urdu press "Benazir aur Rajiv mein muskurahaton kay tabadlay hoyay" (Benazir and Rajiv exchanged smiles). Benazir was portrayed as a ‘national security risk’ and a ‘traitor’ who allegedly exchanged lists of Sikh activists with Rajiv. We all know what followed BJP’s Atal Bihari Vajpayee’s visit in February 1999: Kargil War which could have led to nuclear confrontation between the two neighbours.

Now we hear that the "establishment" on the Pakistani side wants peace with India. We hear that civilian and military leadership is on the same page. Good news indeed! Attempts of civilian leadership to have peace with India have been torpedoed through propaganda, covertly pulling the strings or even covert warfare. Let’s hope that the establishment has fully realised the existential threat to Pakistan from extremism/terrorism and sees Pakistan’s future in the normalisation of relationship with India and Afghanistan.

However, the propaganda warfare still exists. Just by flicking through various channels on December 25 and following the social media feeds of some "anchors", one knows the anti-peace lobby is still active in Pakistan (and also India).

The question is whether it is still backed by a section of the ‘establishment’ or not?

The extremist mindset the military wants to tackle now is cultivated by none other than the establishment itself since Zia’s Pakistan. It fed bigotry, intolerance, sectarianism, and parochialism. It pervades all walks of life and multitude of institutions: school textbooks, media, socio-political discourse and now the social media. As many have said before: it is a battle of hearts and minds and cannot be won alone through the use of weapons and military might. Hearts and minds have to be changed. Peace with India has to be streamlined as part of reversing the tide of extremism.

Nawaz Sharif does not want peace because of his business interests (alone) or because some Indian steel magnate is paving the way through back-channel diplomacy. Nawaz Sharif wants peace just as Benazir wanted peace. All democrats cannot see Pakistan getting out of the whirlpool of poverty and underdevelopment unless there is peace dividend. If Musharraf backs out of Pakistan’s traditional policy on Kashmir and makes effort to have out-of-box peace deal with India, he is patriotic; however, if Nawaz Sharif or any other civilian leader tries to do the same, he/she is a ‘traitor’!

The Pakistani establishment needs to stop undermining the civilian-led peace process with neighbours. It is good that Modi’s BJP has changed its mind on normalisation of relations with Pakistan. It is also good that apparently the Pakistani military leadership is supporting dialogue with India as well. The logic goes that if hardliners on both sides want to promote peace, there will be few spoilers.

Yet, there are spoilers in both Pakistan and India as we have seen in the last few days. India will take care of its own spoilers being a long-standing democracy. Pakistani establishment or section of establishment should stop supporting the retrogressive voices in media and opinion-making industry. It is a part of its fight against extremism.

Way back in the 1990s, only peace activists were talking about human security, poverty reduction, education and health rather than wars. Now, there is wider acceptance that Pakistan cannot prosper unless it has peace with India and Afghanistan while fighting extremism/terrorism internally. Let peace with India be part of our fight against extremist minds and hearts. Let’s stop the support of voices in the media and opinion-making industry that are still stuck in Zia’s time. Let’s stop asking the civilian democratic forces for their badges of patriotism. They do not want peace with India due to their business interests alone; they want peace because Pakistan needs peace if it has to continue to exist.