The highway and the well

Since we are famous for disregarding history, we believe all sorts of fiddle-faddle mouthed by illiterates, masquerading as ‘intellectuals’. Take the case of the baoli of Wan Bhacharan 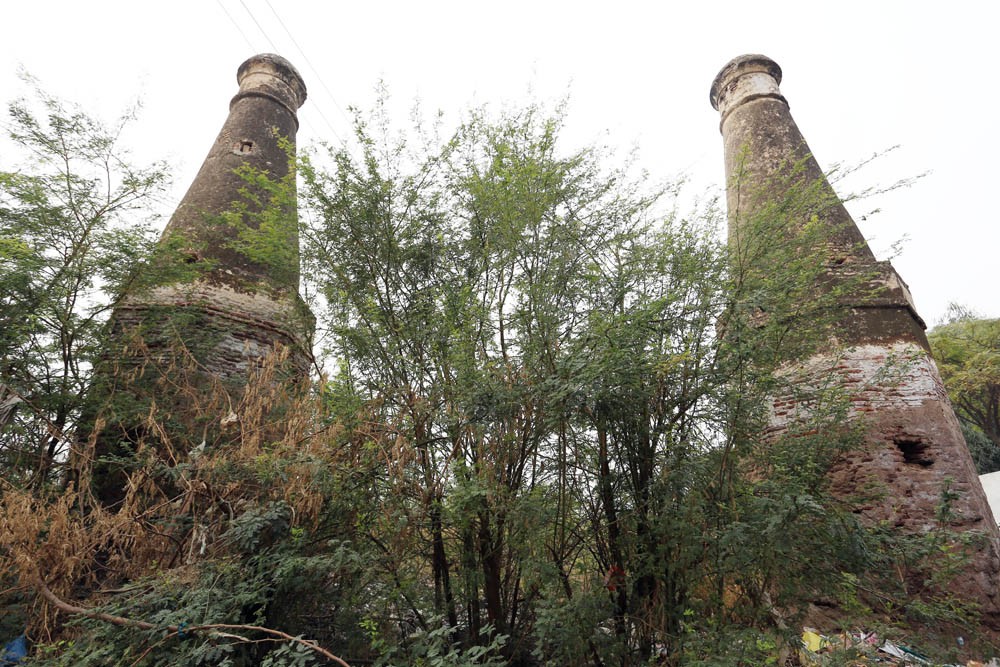 Twenty years ago I spent a couple of days with my army chum Ahmed Yar Bandial in his village which is, naturally, Bandial. It sits on the old highroad from Khushab to Mianwali. For good measure, it keeps company with village Hadali, famous for being the ancestral place of the great Khushwant Singh. Incidentally, upon his passing, our very own Fakir Syed Aijazuddin brought home the ashes of the great writer to inter them in one wall of the school where this future luminary first learned the secrets of the written word.

But all this was just to get the geography right.

On the first visit, my mate had showed me a brick-paved road passing through his citrus orchard which they called Jarnaili Sarak - the General’s Highroad. And the only general common people have ever heard of is Sher Shah Suri, hence this was his Grand Trunk Road. Now, on the real Grand Truck Road, even though Sher Shah had built his formidable Rohtas Fort, the doughty Gakhars of the Potohar Plateau valiantly defied him; fighting hard, attritive battles against the Pathan. The Gakhars suffered much in terms of life, but they permitted Sher Shah no passage through the defiles of their region.

Sher Shah’s only connection with Afghanistan from where he occasionally sought reinforcements for his army was by this southern route. Therefore, even if he did use this road now passing through Ahmed Yar’s orchards, it is moot if he had anything to do with its building. Incidentally, the people of India and Pakistan very foolishly believe that before Sher Shah there was no infrastructure whatsoever in the subcontinent. Every road, every stepped well (baoli) every ruined caravanserai, no matter where it is located, is said to have been built by this Pathan king.

"Sher Shah Suri built this baoli," said the bearded Ghulam Sarwar Bhachar. I jokingly told him that if we were to discover a baoli in Iceland or even on the planet Mars we would immediately conclude it was Sher Shah’s handiwork.

Since we are famous for disregarding history, we believe all sorts of fiddle-faddle mouthed by illiterate, ignorant old fools masquerading as ‘intellectuals’. This pernicious species of ignoramuses is mostly found in villages and small towns. They never read anything other than some rag of an Urdu newspaper, contrive history in their dreams and pass it around. Among a populace that should rightly be celebrated for its lack of discernment and critical acumen, their worthless mouthings become gospel.

Let us therefore proceed to get a few things right.

Megasthenes, the ambassador from Seleucus Nicator, the Greek king of the Levant, Persia and parts of Central Asia, to the court of Chandragupta Maurya spent fifteen years in India. Between the years 300 to 285 BCE, he travelled much across the subcontinent before returning home to write his treatise on India. Appropriately titled Indica, the book survives in fragments. Despite that, it is still a marvellous treasure house of knowledge on what we once were.

In Chandragupta’s government, so writes the Greek diplomat, there was an entire Roads and Highways Department tasked with the upkeep of routes across the kingdom, planting trees along them, maintaining inns, wells, distance markers (kos minars) and other furniture. Megasthenes also tells us the route the old Rajapatha - King’s Highway - took from Pataliputra (Patna) to Urdasthana (Kabul). Urdasthana he transliterated into the Greek as Ortospana, but the original Sanskrit means Lofty Rampart. This was later known, as it is today, by the Persian cognate of Bala Hissar.

What Sher Shah did in the 16th century was that he repaired ruinous structures on the ancient Rajapatha. And that was enough for an ignorant people and also a bunch of idiot Brits to attribute the entire highway to the Pathan king. The foolishness of this assertion hides in plain sight of one historical fact: Sher Shah reigned a mere five years, in which time he would have had to be more than a superman to have a three thousand kilometre-long highway executed!

There is every chance that the road that Ahmed Yar’s tractors ply daily was not built by good old Sher Shah, but had already been in existence more than a millennium before him.

And then there is the baoli of Wan Bhacharan. On my first outing with Ahmed Yar, we had walked down its steps to water level in the company of an elderly man. He told us that on summer afternoon, the entire male population of the village siestas in the cool shade of the ancient brick arches. Indeed, the stairway was wide and there was, if memory serves, a rectangular covered yard fronting the water in the well.

"Sher Shah Suri built this baoli," said the bearded Ghulam Sarwar Bhachar. I jokingly told him that if we were to discover a baoli in Iceland or even on the planet Mars we would immediately conclude it was Sher Shah’s handiwork. The jibe left him nonplussed. Whatever they may say, I know the baoli - though it shows signs of Mughal repair - certainly goes back to the early years of the 16th century. Only the expert will be able to either confirm my postulate or possibly date the well to an even earlier date. I say this because in the one remaining visible arch, one finds tiles of a large size used in pre-Mughal architecture.

But now the baoli was filled with rubbish as was the stairway leading down to the water. Sarwar asked if Ahmed Yar and I were from the ‘department’ come to reclaim this historical relic and have it cleaned out. This was my cue to lay in: he wants the well cleaned out now, so why on earth did he and his fellows fill it up in the first place?

Sarwar swore he was the Cerberus of the Well, preventing people from dumping garbage in it during day. But then he had to leave his post at night. That was when the unthinking people of Wan Bhacharan, who cared not a bit for their heritage, would do their dirty work. In the twenty odd years since our first visit, the miscreants of the village laid waste something any other nation would have been proud of. Now no one can avail of the coolness of the well’s interior. Worse, nearby homes have dug channels to empty their sewage into it.

At the head of the steps, there rise two stately but simple minarets. The lower halves of both are octagonal while the tapering upper halves rise to simple domelets. Somewhat similar, albeit more elaborate, structures are seen on the two Mughal bridges on the Degh in Sheikhupura district as well as the one outside Peshawar on Bara River.

Being about five to six metres in height, I imagine the pillars served as markers. In an age when the well was built, this was a desert region with sparse vegetation. Any traveller, wearied by the long journey from the last well at Mitha Tiwana, would be eagerly scanning the horizon for signs of the next stage. These pillars would have been a welcome sight from afar. But today, the haphazard growth of housing has all but smothered them.

As I was photographing the pillars an elderly woman paused to ask if I had come around to reclaim the well and have it cleaned out. She too got a piece of my mind for the callousness of first filling it up. A passing motorcyclist paused with a word of encouragement, but his Lyallpuri accent told me he was a long distance traveller.

Twenty years is not a long time. But it is long enough for an ignorant people without pride in who they are to destroy their monuments. With fanciful tales of imaginary ancestors who marched into India with Arab imperialists in the 8th century, a whole nation has grown up with utter disregard for their own real history and heritage of their land.

There was a time, even as little as two decades ago, when a generation was still proud of what they were. But then history contrived post 1947 was shoved down the national throat and we lost sight of reality. Not just that; we also lost our way. Even today wander aimlessly without an identity in a desert landscape yearning to return to a desert kingdom of a millennium and a half ago. Nothing that we have on this blessed land belongs to us. We are all outsiders.

Pakistan has got to be the only, the one and only, country in the entire world where any historical monument no matter how duly protected by the Antiquities Act can be destroyed with impunity by any old body. No questions are asked. No one is taken to task.

Postscript. As we were about to leave, a kindly faced old gentleman who had been listening to our conversation with Ghulam Sarwar stopped us to recite a poem of Mian Mohammad Baksh. The gist of it was that we may try a thousand remedies, but the ailment is simply incurable old age. I do not know if he, also named Ghulam Sarwar and also a Bhachar, was referring to the 16th century well.

Or could he have known that no matter what I write, in this land of unthinking, mindless robots my words will fall on deaf, uncaring ears?

The highway and the well