The embattled Waqar’s worst fears may just come true it seems and for all we know he may not be there in England to face off with Younis next summer. Maybe that is what Younis has calculated. But if he is there, it will not be a very cheerful dressing room 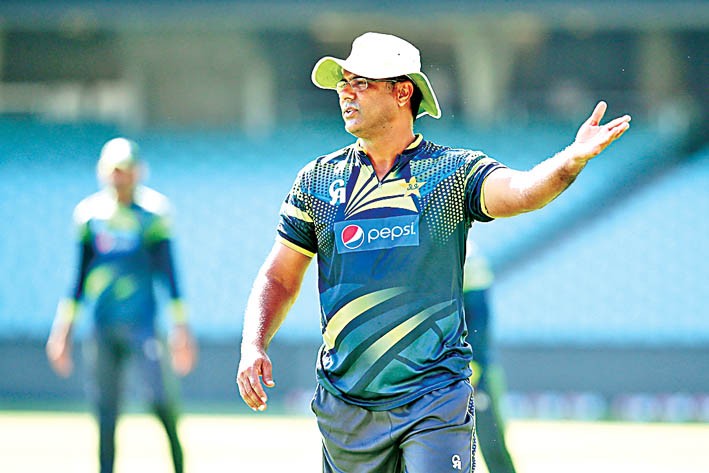 Has the bombing begun on Pakistan coach Waqar Younis? It was different when former cricketers or journalists were calling for his head but now none other than the impetuous Younis Khan has asked for his head. This makes it different, very, very different.

In fact I cannot remember when last a current cricketer who is the most entrenched in the team has asked for the coach’s sacking publicly. There was Kevin Pieterson who had a fall out with coach Moores but that news was leaked. In the end both were fired. Here of course one cannot think that PCB would do either.

But back to Younis Khan. I cannot imagine why he would say that considering Waqar is quite firmly in power. There have been no vibes from the PCB management on anything like that happening. So it’s not that Younis Khan is riding on that wave. Nor is he a political person, lining up Waqar in his sights so that he gets rid of him and then can perhaps aim for the Test captaincy once Misbah-ul-Haq leaves.

He knows very well that Misbah is here for another year which is why he played the Bangladesh premier League to keep himself in the groove. And he will be playing the Pakistan Super League as well which will lead him to next summer’s tour of England.

By then I think Azhar Ali who is already vice-captain be ready to take on the role of leader which should happen after Pakistan’s tour of Australia. Younis khan will then be touching forty and though fit as ever, PCB will likely go with a younger captain and one who is milder mannered and more amenable to PCB top management.

I think Younis has hinted by hitting out at Waqar that it was the coach who was responsible for him calling it quits in one day cricket. That always appeared to be the case otherwise why would Younis announce his retirement prior to the first ODI against England after fighting so hard to get back in the ODI side?

He has said that there are groups being formed in the side and hinted that the coach is responsible. Also that the constant shuffling of players and their positions is destroying Pakistan’s One-day team.

It looks like he is angry at having been put in a position where he had to just walk out of the ODI side. But he is still in the Test side and if PCB do not remove Waqar from the coach’s position he is poised to play under his tutelage on the England tour. Did he take that into perspective when he lashed out at the coach?

Nor ally you hear such accusations when you’re no longer part of any squad and feel bitter. Sporting history is full of that. Blaming the coach for end of career. But to do so when you have one leg still in is a bit odd.

Or is he speaking on behalf of some of the players. After all he said that: "There shouldn’t be an atmosphere of fear in the dressing room." What does he mean by that? Is it that the players are scared of being dropped or is there fear of Waqar’s renowned temper?

Waqar, meanwhile, has maintained his composure and hasn’t replied to the outburst. Or maybe he is biding his time. Younis is on weak ground a bit as he hasn’t been in the best of form over last few years when it comes to limited-over cricket. Many were calling for his head a long time before Waqar decided he couldn’t fit into his ODI team.

Waqar only has to wait for a few days and the storm will blow over. After all he has no call for Younis till six months from now. By that time things would have become more amicable with Younis probably claiming that he was taken out of context.

In fact I just wonder whether this comes under code of conduct. A current player criticising his coach. PCB has conveniently ignored the statement of course. The last thing they want to do is get into the middle of a fight they can only get dirty in one way or the other.

If they penalize Younis they are going against the grain because right now Younis is the star and Waqar has clearly messed up in his management of the limited-over team. In ODI rankings Pakistan is 8th and in T20 ranking they have slipped from second to sixth position.

Their plight is not going to get any better considering they are due to tour New Zealand in January, currently one of the best ODI sides and impregnable in their home conditions. Then there is the World Twenty20 in India where the lower ranked teams even have become star busters.

The embattled Waqar’s worst fears may just come true it seems and for all we know he may not be there in England to face off with Younis come the England tour. Maybe that is what Younis has calculated. But if he is there it will not be a very cheerful dressing room.