"Secularism in France was threatened by the rise of political Islam" 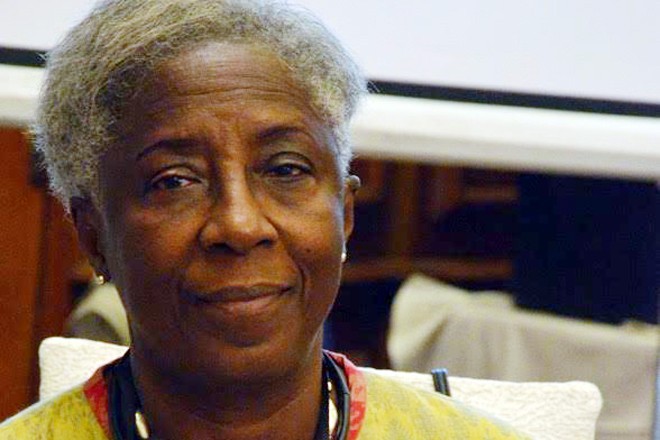 Fatou Sow is a Senegalese sociologist. She is a member of a number of African and international associations and a founding member of Le Groupe de recherché sur les Femmes et les lois au Sénégal (GREFELS). She has researched and written on social issues in development. Her academic career took a shift, when her interest developed in women and gender in African context, specifically Senegal, and feminism in Africa. Sow is currently director of the international solidarity network Women Living Under Muslim Laws.

During her recent visit to Lahore, she talked with The News on Sunday about the politics of secular France -- from the colonial times to present and the issues of women’s development.

The News on Sunday (TNS): Till before the November 2015 Paris attack, it was largely believed that secularism in France and its old colonies like Senegal and Mali, had allowed the complete separation of the Church and the State. The State would run the country without the involvement of religion. Religious groups could preserve their freedom of religion, but had to abide by the rule of law, based on secularism (laicity). Can you briefly sum up the situation?

Fatou Sow: Senegal, as Mali during the pre-colonial era, had a sort of separation between religion and politics. A Muslim religious leader would not run the country, except in a few theocratic states and/or kingdoms. And separation of religion and politics was integral to the society. Interestingly, in Senegal, in the early days of colonisation, the urban community in Saint-Louis, the colonial capital city, refused to adopt the Napoleon civil code that France promulgated for its citizens and people they colonised. The complaint was that the new code was not part of their local culture, and that, as Muslims, they could practice the Sharia Law to rule at least family relations. For instance, the French tried to prohibit polygamy, but the Muslims maintained that men could marry more than once as it was permitted in Sharia.

Till Independence in 1960, we had secularism as it is defined in the global framework, where, politics and religion work in different spheres. Secularism is a constitutional principle inscribed in the constitution for over 50 years. The president didn’t have to be a Muslim, and no laws as such stemmed from the Quran, except the family laws (personal status). After Independence, Leopold Sedar Senghor, the first president to run Senegal, was a Christian. He was elected in colonial Senegal as a member of the French Parliament, by a majority of the peasantry because he belonged to a peasant family. He was the first one to say and establish in 1972 that in a Muslim majority country there would be one law for all. And that introduced a lot of opposition from the Muslims -- even then though laws pertaining to polygamy or inheritance could not be changed, but divorce came to be decided by the judge. Thereafter, we had two sets of laws in the same code -- gender-neutral civil code and gender-specific Sharia Laws. People were allowed to follow some of their religious laws which the State could not suppress.

You must remember that we live in the Sub-Saharan region which may be secular in approach, but is predominantly Muslim. When Qaddafi was killed, the country that was kept in order, even if dictatorially, just blew up. And a lot of people from Libya took the arms Libya bought under Qaddafi‘s regime and came down to West Africa. They joined hands with people from their ethnic Saharan groups in Mali in demanding Sharia as the rule of law. A coup d’Etat ended the civil rule of the Mali President Toumani Toure in March 2012. Jihadists were able to occupy the entire north of the country and declared Sharia to be the fundamental law. That created a conflict between the ethnic/nationalist groups and the Mali official army. They were about to conquer the Southern part of the country, when the Mali government called the French army for help. Atrocities were committed and the infrastructure was destroyed. After France’s intervention in 2013, the advance of the jihadist army’s was checked. But the conflict in Mali is still far from over. They are promoting a very conservative version of Islam where music is not allowed and stoning to death accepted.

TNS: So, how have these developments in the old French colonies influenced the secular regime in France?

FS: France has been secular since the French Revolution. It has been able to keep a neat separation between the church and politics. While the church could run education, orphanages and medical services etc., they couldn’t sit in the parliament. The church, even though France was called its elder daughter, remained neutral in French politics. Laicity was practiced in principle -- clear separation between politics and religion.

However, in France, secularism became an issue when radical Islam and the wide spread of Muslim discourse started challenging its foundations, mainly after the migration of North Africans from Algeria, Morocco and Tunisia to fight alongside the French in the World War II, and in the 1970s as workers. (However, when I say Muslim discourse I draw a distinction between Islamic or Islamist discourses). So, today, most of the Muslims living in France come from North Africa. Even after the war ended, the migration to France from the French colonies in northern Africa continued because France needed them for paltry jobs. And, they brought with them issues of colonial politics.

Essentially secularism in France was threatened by the rise of political Islam from mid-1970s onwards, when the petro-dollar became so important that it could buy anyone’s soul. What we see in France today is a result of the spread of very conservative and fascist Islam, coming from Saudi Arabia and the Gulf countries. It is not a clash of civilisation rather it is a clash between very conservative Muslim trends against conservative European trends -- and the result of that clash is mostly political. Definitely, in my view, the current situation in France is linked to, on one side, the former colonial history of France, and, on the other, to the rise of fundamentalism in the Middle East.

TNS: What will be the consequences of this clash on the French society?

FS: The attack in France was followed by an attack in Bamako hotel in Mali and suicide attack on a bus carrying presidential guards in Tunis. But the context in each case is different. In Tunisia, Islamist groups were fighting against the State. And as the context, the impact is also different. Now in France, for instance, more and more Muslim men and women will be categorised as conservative and fascists or as black or brown. That, to me, will rupture the French society.

Also, the issue of migrants will go out of hand as the French are increasingly becoming fearful of them. They have already started saying that the migrants are invading them. France is expected to hold the presidential elections in 2017. The public opinion will put pressure on the elected leaders to adopt a policy that discourages migrant influx.

We must also remember that many Africans are in France because they wanted to escape conflict in their home countries, to live and raise their children in a peaceful country. They are particularly disturbed with the current situation in France.

At the same time, some people in France are questioning the principles of secularism; they are questioning why was the headscarf banned in schools. Some people view this as racism or Islamophobia. You see, in my view, a headscarf is not necessarily a symbol of Islam. I may wear a red scarf simply because it matches with my clothes. But when the veil is made mandatory to express their Muslimness they begin to control the women’s body. If such divisions persist, the social tensions will exacerbate in France.

FS: I am working on Muslim laws because I come from West Africa and we are affected by the impact of political Islam that is trying to put pressure on our secular states.

TNS: It is becoming increasingly difficult in Muslim societies to discuss issues pertaining to women’s sexuality. What can be its consequences and how can it be fought, particularly in Africa?

FS: You see African culture is not uniform. Africa is a continent. The issue of sexuality in South Africa is not the same as West Africa. We all have the same female body that is oppressed by culture and religion, but the way it is oppressed varies from culture to culture. For example in my country Senegal we have female genital mutilation (FGM), but even within the country, FGM varies from region to region; or it may not even be practiced in another one. It is prevalent in the northern part of the country maybe because it is Muslim. It is practiced in the southern part, too, however, from the pre-Islamic times. In the northern part of the country, FGM is important because of the belief that a woman can pray only if she is circumcised. If a woman is not circumcised, she is unclean. She cannot even cook food for the family when she has her periods. So, if a woman is not circumcised, she is segregated.

However, it is not the same in the central part of Senegal. FGM is not even talked about there.

But we have one thing in common -- a strong control over the woman’s body and her fertility. They control her body by marrying her very young as virginity is important to men. Despite a law against child marriages, girls are married off early -- as early as age 10-12, sometimes even before they have attained puberty. In my culture, a man’s maleness is judged by the number of children he has from women he can impregnate. Therefore they want to control the woman’s body.

"Secularism in France was threatened by the rise of political Islam"