Passing the litmus test of GSP Plus 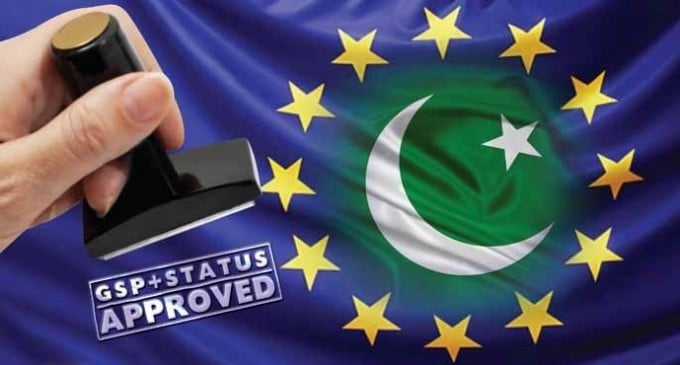 Pakistan’s performance about protecting and promoting human rights of its citizens in connection with General Scheme of Preference Plus (GSP+) will be assessed in Brussels in January 2016. The concerned departments and ministries, especially in Islamabad and Lahore, are showing some anxiety. Officials are running from pillar to post to gather diplomatic support for the upcoming review meeting.

If losing seat contest in the UN Human Rights Council this November was as an indicator, the nervousness is due. The voting in UN General Assembly for the seat does not mirror Pakistan’s diplomatic influence on EU countries. If Pakistan loses its GSP+status, its impact may go far beyond loosing 21 per cent increase in export to EU market that this trade concession brought since 2014.

The officials shouldering the responsibility to defend Pakistan’s position in the upcoming review have to make up for shortcomings in foreign and internal policies that have accumulated over the years, if not decades. The circumstances at home only allow them building a defense around success in areas other than compliance on human rights. This makes deflecting suspension or cancellation of the GSP+ an extremely hard job.

Rhetorical claims about the qualitative compliance in commitments would be hard to defend. The mantra of democratic transition or successes in counterterrorism is not relevant to questions. Crying foul against the counterpart, 28 EU countries, is impractical. So coming to business means; looking seriously at what EU review would be like and what can be done to avoid the consequences.

Our best bet would be making some convincing, quick and result oriented decisions to ask EU to allow more time to demonstrate a compliance with our commitments. Though, it seems apparent that EU Parliament may not agree upon a time extension without offering firm and time-bound benchmarks for compliance.

The first question would be our position on observing the UN General Assembly’s resolution on moratorium on death penalty. Domestically, there are two problems with issue of death penalty; first an opinion in favour of using death penalty has been cultivated across the sections of society, simply, because the opposite opinion in the country was never given a patient hearing by the decision and opinion makers. So a political dialogue and will becomes necessary.

Second, our criminal justice system has increasingly introduced capital punishments for different offenses which the international customary law has increasingly come to treat as inhuman. Death penalty became awardable in Pakistan for 27 types of crimes in the past 20-25 years which include drug trafficking, kidnapping for ransom, gang rape and committing blasphemy. These laws also violate the basic standard of criminal justice because the punishments far exceed the manifested damage or injury.

Thus legislation is necessary along with talking to EU. We could start with reducing the scope of death sentence, making credible commitments to ensure due process of law, and finally moving on to ending death as penalty through parliamentary consensus.

On normative commitments, we could become a party to International Convention for the Protection of All Persons from Enforced Disappearance and two protocols of International Covenant on Civil and Political Rights.

An additional commitment on our part should be about making submissions to treaty bodies’ objective and not relying on consultant-written and donor-funded pieces of writings. It might boost confidence among the assessor. Taking the year 2016 to clear the backlog may be practical.

Pakistan has failed to respond to several and repeated requests for visit by the UN Special Rapporteurs for many years. For instance, the Special Rapporteurs on Freedom of Religion and Belief have not received a reply to a visit to Pakistan for 11 years and Violence Against Women for 8 years, respectively. The other Special Rapporteurs who made request and sent repeated reminders include the mandate holders on right to food, adequate housing, counterterrorism, rights of IDPs, torture, racism and disappearances.

This attitude does not reflect seriousness on the human rights front on our part. On the other hand, we made solemn pledges in 2006, 2008 and 2010 about these commitments in candidature for seat in the UN Human Rights Council. Our performance regarding voluntary commitments in the UN would be an indicator whether Pakistan is taking its obligations in the international engagements seriously.

Therefore, the request for visits by the Special Rapporteurs should be entertained immediately. Several countries are facing challenges about implementation of human rights standards but when they engage and show readiness to learn and teach, the world is prepared to give a sympathetic consideration. We must demonstrate that we are willing to accept the realities and do not want to defy international oversight about human rights regulations.

Besides guarantees given in the constitution of Pakistan, our jurisprudence, by and large, is supportive of human rights. Pakistan is neither an alien territory for human rights nor being averse to human rights is in Pakistan’s advantage. It is not an issue of incapacity or inaptitude either because we have a huge base of human resource.

Trying to avert a sad outcome of the GSP Plus review is still worth the effort that it requires. In fact it ought to be made an opportunity to fix internal fissures in governance and decision making, enhance dialogue with international community and bring much needed relief to Pakistanis from human rights abuses.

Passing the litmus test of GSP Plus