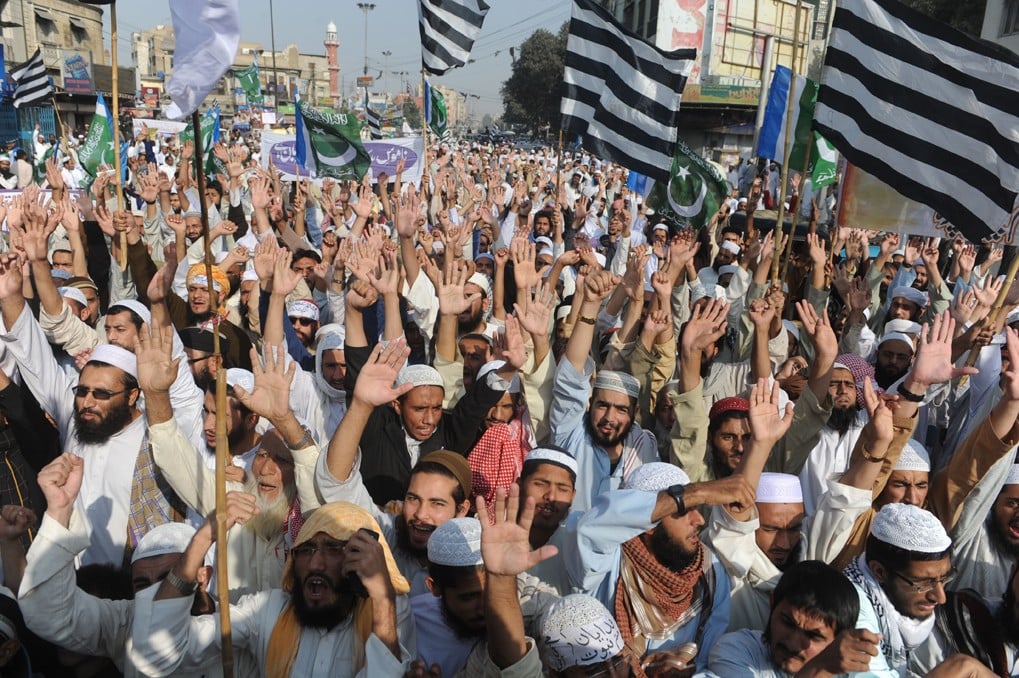 The most commonly understood imagery of Pakistan describes it as a place where state led Islamisation of laws, government and society has produced a juggernaut of Islamic fundamentalism and religious bigotry and state sponsored persecution. This features, most notably, in accounts of treatment to religious minorities, a jihadist army, and a religiously zealous society incapable of tolerating the other. This article argues that a post-Islamism Pakistan is emerging, where political Islam has largely failed, and society has moved on, though the state is teething under a secular pressure to fix governance, and to impose its writ for rule of law.

The portrayal of an Islamist Pakistan emanates from the Islamisation drive of late General Zia ul Haq. It is usually believed that his interventions in school curricula based on sectarian religious identity, his introduction of Islamic punishments or hudood, establishment of prayer vigilance committees, and a definition of modest dressing in electronic media led to Islamisation of the society. Furthermore, his alliance with the Saudi regime to support the US-backed resistance to Soviet occupation of Afghanistan is also considered a major reason behind religious extremism.

The rise of political Islam, though can be traced in Bhutto’s constitutional concessions to Islamists including declaration of Ahmadis as non-Muslims, saw its culmination during the Zia rule. Piggybacking on the pious general, was the center-right Jamaat-i-Islami, whose founder Maulana Maudoodi’s intellectual influence inspired Muslim Brotherhood and other organisations to exert Islamic identity for their politics. Thus, under the tutelage of General Zia, the religio-political forces faced a great opportunity to take control of political realm. His own payoff was handsome, as he used Islam as a legitimising force for his unlawful rule.

There seems enough evidence that in about two and a half decades after General Zia’s death, his project of political Islam, a state-led drive to Islamise Pakistan’s society, has been abandoned by the society at large. Pakistan’s association with Islam as a system of political life is largely notional and symbolic and the choice of citizens to exhibit religiosity is essentially voluntarily.

Today, Pakistani politics stands free, by and large, from religious politicking. Four leading parties, the ruling PML-N, Imran Khan’s PTI, Bhutto legacy PPP and ethnic MQM are inclusive, moderate and centrist. The pockets where religious political parties i.e. Jamaat-i-Islami and Jamiat Ulema Pakistan have some seats are based in the Pashtun belt. Thus, more than their religious identity, they elicit support on ethnic ties. Pakistani populace, time and again, has refused to give votes to these parties.

Pakistan’s failings are largely function of a weaker state, unable to meet the demands of a strong, frustrated and thriving society.

Pakistani criminal justice system does admit hudood as legal code for instance, amputation of hands of thieves and stoning by death for adulterers. However, in the last 30 years, not a single execution has taken place on this ground. Pakistan’s state body to Islamise country’s laws, i.e. Council of Islamic Ideology has largely existed as an advisory institution. While it has sent around 100 various reports to the parliament in the last 40 years, formal response from the parliament is yet awaited. On the other hand, parliamentarians have actively undertaken the process of legislation.

Human rights activists have often questioned the status of women rights. One can notice more women wearing headscarf than ever, however this is largely a matter of their own choice instead of any state or social pressure. A Pakistani scholar Imdad Hussain has actually argued that Pakistani women use Islamic dress code to claim more independence in their choices in life, including marriage and work. Indeed, the parliament has approved several laws in recent years giving more economic rights to women.

Pakistani media is colourful, diverse and thriving. There are around 80 privately owned media channels, including 30 news channels. They largely operate free from state censorship of any kind, and one can even argue rather independently. The censorship, if any, is self-imposed. As evident from Ramadan transmission, a case can be made for commercialisation of religion.

Pakistan’s education sector is also very diverse and widely varied across social segmentation. Unlike the time of General Zia, where private school enrolment accounted for hardly 1 per cent, this is now 30 per cent. Most of these schools are low fee affordable schools set up by small entrepreneurs. Some of education entrepreneurs now thrive even regionally and have expanded influence in other spheres such as politics and media. There is no uniformity of curricula, and though Pakistani intellectuals consider it a bad omen, from a liberal point of view, such decentralisation may be good for us.

The role of religious seminaries in Pakistani education landscape is limited. Currently, the total number of students enrolled in these madrassas account for 10 per cent of total enrolment. While some may harbour extremism, a vast majority is busy in extending free schooling, literacy and boarding to largely poor segments.

Pakistani army is now convinced that the major threat they face is now internal, and they have thus directed a so far successful campaign against militants.

The biggest question mark on Pakistan’s future is related with the status of security of religious minorities and protection of life in general. Attacks on minorities in parts of the country suggest that the state is badly failing in its essential duty of protection of life and property of its citizens. However, this is not as a result of any consciously planned state sponsored persecution. Instead, this is a result of decades of significant under-investment in the civil institutions of governance.

Pakistan has a large army, which accounts for biggest budget chunk after debt repayment, and a very thinly funded civil state infrastructure. Police remains politicised, weak and ineffective. Courts are plagued with inordinate delays and very low rate of prosecution. This has led to rise of mafias in some parts of the country which impose their own terms of dispute resolution, a case of state within state.

Compared with the aftermath of Arab Spring, Pakistani democracy is remarkably resilient and peaceful. Army has given up its temptations to take over, though it will remain involved in state administration mostly due to an existential threat. Unlike all the accounts of an Islam-centric explanation of Pakistan’s failings, I finally argue that political Islam has ceased to thrive in Pakistan. In Egypt, her people looked at Muslim Brotherhood as an alternative to decades of corrupt dictatorship, whereas in Pakistan, the counterpart religio-political parties stand no chance even as people get frustrated with their politicians.

Pakistan is emerging as a stable democracy as a result of competition amongst political elites representing diverging economic, ethnic and regional interests. While a more liberal and inclusive version of a democratic order will take time, the procedural evolution is on the right track. It will eventually create an environment where civil institutions will get strengthened generating more respect for rule of law.

Pakistan’s failings are largely function of a weaker state, unable to meet the demands of a strong, frustrated and thriving society. The subject of Islamisation of Pakistani state and society has received widespread attention, however it merits a fresh scrutiny. It is not about Islam. Pakistan is now post-Islamist and no more than a bogeyman of Islamism.

The author is Executive Director of PRIME Institute, an independent think tank based in Islamabad.