The beauty of Lahore’s landscape 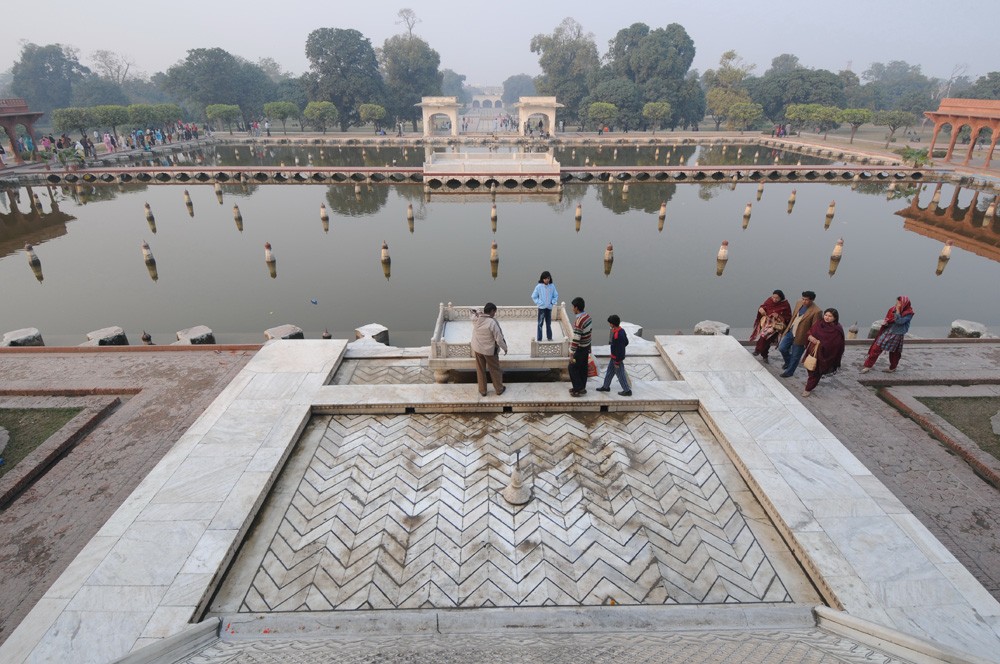 Things you can learn by getting dust in your chappals.

Finding ways to better understand Pakistan has been a pretty near constant preoccupation of mine since I first came to the country in 2004. It’s a place I’ve often struggled to understand - a place I sometimes feel recedes before me, shifting just as I think I might finally have grasped it. But if that’s true, it’s also a testament to how varied and compelling Pakistan is - and the struggle has never been less than worth the effort.

Given the present controversy over the path of the Orange Line, including its currently planned proximity to the Shalamar Gardens, I wanted to share my perspective, as someone not native to Pakistan, on what the country’s historic treasures have meant to me.

The Shalamar Gardens is one of the first places I ever visited in Lahore. Newly married to a Pakistani man, I piled into a minibus with other visiting relatives and we went there to look, and to learn. The excursion offered a window into the city’s past, and a way of connecting with it in the present. Around the same time, I went to the Old City for the first time. I visited the Wazir Khan Mosque, the Badshahi Mosque, and the Lahore Fort. These places, so fundamental to Lahore, were my introduction to the city. From there, my interest kept growing.

By now I’ve visited the Lahore Museum enough times to lose count -- and every time I go I find something I hadn’t noticed before. I checked out the Quaid-e-Azam Library and the Punjab Public Library. I made an easy day-trip from Lahore to Hiran Minar and Jandiala Sher Khan, birthplace of Waris Shah. I became interested in the Indus Valley Civilisation and visited Harappa. I took many memorable trips to Taxila, and visited Rohtas Fort, Derawar Fort, Uch Sharif.

This diverse group of places has offered me some of the most profound, memorable experiences in Pakistan.

Exploring these places has been an important way of coming to know Pakistan - this has been my experience, as someone who arrived here knowing little and seeking to learn. I believe it must also be true for Pakistanis learning about their own country. Of course, visiting historic places is only one way of learning about a country and provides a limited picture -- but nonetheless, doing so offers a vitally important, irreplaceable lens on a place. And the world doesn’t know enough about this side of Pakistan.

Also crucially important is that places like the Shalamar Gardens are unusual in the socio-cultural makeup of Lahore and of Pakistan: they are shared spaces, valued by all. These public spaces facilitate human interaction. Pakistan needs more places like this, where people from different walks of life mix. I’ve had many encounters with people in these places that I would never have otherwise met, and many of these chance meetings have stayed in my mind.

I remember a boy roasting corn on the grounds of Harappa. But after I paid him for some (roasted corn being something else I like about Pakistan -- but food is another story entirely), he couldn’t get the fire hot enough to roast it. Don’t worry about it, I said, and kept walking. About half an hour later he came literally running towards me, offering me the corn he’d managed to roast by then. He didn’t have to do that - he had his money - but he did anyway. Funny how little things can show character.

Other visits have offered up unexpected rewards. In Jandiala Sher Khan a young man sang a stunningly beautiful version of Heer.

And some have been funny, like the man outside the Quaid-e-Azam library who told me, "You look like the queen of the US."  All in all, on trips like these I have shared so many smiles, exchanged so many pleasantries, and shaken so many hands that I’ve lost track. It’s not always been comfortable, and not all interactions have been so positive, but generally these have been some of my favourite experiences in Pakistan.

These places are also remarkable for what they are not. We live in an age of overconsumption, too often marked by a throw-away culture. These places are the opposite. They are not replicable, nor trendy like the fashions in Pakistan’s growing number of shopping malls - here one day, gone the next. They elevate whatever they are near, including ourselves when we visit them.

And these places continue to influence the culture of Pakistan today. I think of the man singing Heer. The past is not just past - it’s alive in the culture. Consider how much contemporary art of Pakistan reflects Pakistan’s cultural and historical heritage, not to mention the beauty of its landscape. These places are a major source of inspiration -- for artists, musicians, writers, and just normal citizens who are part of the fabric of this place, inheritors of its culture, who take part in it on a daily basis.

It was great on my most recent sojourn to the Lahore Museum, earlier this month, to see this in action. It was livelier than I’ve ever seen it before. Renovation work was going on in several halls and school children were all over. Very interesting, said two teenage boys in careful English as they came up beside me looking at miniatures painted on ivory.

Part of the power and charm of many great cities is that they are able to simultaneously nurture both present and past. Anyone who has ever walked the streets of Rome, or Istanbul, will know that the blend of past and present, ancient and modern, is what makes those cities so remarkable. They are unique. So is Lahore.

Of course, it’s not enough to have a past. The Lahore of the future will hopefully be a city that looks after all its inhabitants far better than at any time before. There is no doubt that high quality,well-planned public transportation is a key step in that direction. But I hope that this can be done while preserving and protecting Lahore’s unique heritage sites, so that hundreds of years from now, others will still have the joy of discovering these places for themselves.

The writer lived in Pakistan in 2005 and between 2008-2011. She lives in Singapore and returns regularly to Pakistan.

The beauty of Lahore’s landscape