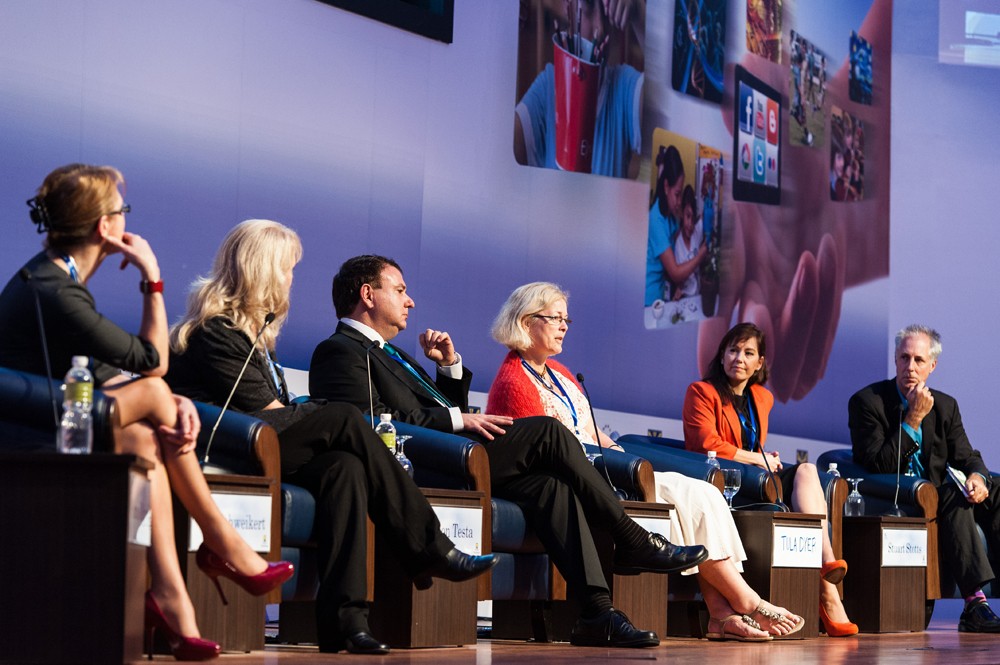 The working assumption for most parents, if not at a conscious level, is that the future is fundamentally going to resemble the past. We comfort ourselves with thoughts like ‘history repeats itself’ or ‘the more things change, the more they stay the same’, and consequently teach our children the same things we learnt at school -- mostly in the same ways that we did. But we easily forget that the world they are growing up in may not resemble the world in which we took our first steps. Consider this: a 6-year old in Class 1 today will most likely enter the workforce around the year 2035.

The reality is that many of the jobs that exist today, in 2015, were even unimaginable in 1995, let alone 1975 or 1985 when that 6-year old’s parents may have been born. From website developers to social media specialists, app developers to counter-terrorism experts, digital marketeers to green building and retrofit architects, the jobs of today are a reflection of the rapidly evolving needs of today’s world.

What kind of expertise must our children acquire for successful and rewarding careers in 2035?

These are some of the driving questions that underpin Beaconhouse’s first open-to-public, non-profit event, School of Tomorrow (SOT) Education and Cultural Festival 2015 on 28-29 November in Karachi. While several ‘School of Tomorrow’ conferences have been organised by Beaconhouse since the year 2000 in both Pakistan and Malaysia, these have focused largely on the changing nature of education and pedagogy, and have been exclusively geared at the organisation’s own school leadership teams, featuring thought leaders like Noam Chomsky, Richard Gerver, and others.

By contrast, the SOT Festival 2015 looks at the ever-increasing influence of media and digital technologies, art and popular culture, climate change and environment, geopolitics and global security -- and indeed society itself -- on the changing nature of schools. It considers, for example, how the security situation in Pakistan (and indeed the world) has affected schools -- and indeed children -- and aims to find some balance between genuine security needs and the psychological wellbeing of children. It looks at the seemingly ubiquitous role of technology in children’s lives (such as the iPads permanently stuck in their little hands), and considers both benefits and pitfalls of such excess. Its 40+ panel discussions also explore key questions such as:

** Is your child old enough to be on social media, esp Facebook?

** How do dubbed cartoons like Doremon influence children’s language development?

** What is the impact of electronic media and modern film on children?

** Is there such a thing as ‘too much technology’ for developing minds?

** What are ‘normal’ developmental milestones in children?

The SOT Festival 2015 was originally planned as a series of three open-to-public events in Lahore (14-15 November), Islamabad (21-22 November), and Karachi (28-29 November). However, due to external circumstances, the Lahore and Islamabad events had to be postponed to the first quarter of 2016, while Karachi will proceed on the original dates.

For educators, the SOT Festival 2015 contemplates the relevance of contemporary education for tomorrow’s world while also looking at ways to engage children in Urdu, which the content developers of the SOT have dubbed ‘the forgotten national language’. Meanwhile, public and private education representatives will debate ways to address the much-talked-about ‘gap’ between government and private schools.

Another important pillar of the festival is climate change, as panelists at the event will try to make sense of the environmental legacy we are leaving for our children and may, in turn, challenge their education colleagues to identify ways of seamlessly integrating ‘green mindedness’ into the Pakistani school curriculum.

Speakers and panelists from Pakistan and around the world will converge at the SOT in Karachi -- several for the first time ever. ‘First timers’ include Alan Kay, a close associate of the late Steve Jobs, who is credited with having created the graphical user interface that we all take for granted today on our Windows and Apple computers. Meanwhile, radical educator Roger Schank will return to the seaside city after exactly 10 years (when he last featured at an exclusive SOT event for Beaconhouse school heads). Schank firmly believes that the entire education system needs to be turned upside down and is understandably not very popular with the ‘education establishment’ in the United States but is quietly tolerated because of his unparalleled credentials. Amongst his other achievements, he is founder of the Institute for the Learning Sciences at Northwestern University. Kay and Schank are joined by a group of international speakers from Australia, New Zealand, India, the United States, and the UK.

The conference also features the heads of prominent school networks and universities. Dr Farzana Firoz, Managing Director of the City School Network, will share her perspective on the contributions of independent schools in Pakistan, while Dr Ishrat Husain of IBA, Dr Sohail Naqvi of LUMS and Mrs Nasreen Kasuri, Chairperson of BNU and Beaconhouse schools, will participate in different panels.

The above speakers form part of a constellation of over 125 prominent panelists, moderators, and workshop leaders at the School of Tomorrow International Education and Cultural Festival 2015.

Other activities at the festival include robotics workshops, short films’ screening, ‘Dastangoi’ and ‘Zambeel’ storytelling and dramatic readings, a drama production, Heritage Awareness Programme, and a concert by rock legend Ali Azmat. A unique highlight of the festival is Full STEAM, an interactive science and art exhibition where the young and young-at-heart may engage with cutting-edge art installations and tinker with interactive science stations that both teach and entertain.

The School of Tomorrow International Education & Cultural Festival 2015 will be held on 28-29 November at the harbour-side Beach Luxury Hotel, which has become a favoured venue for such festivals and conferences in Karachi. With a uniquely futuristic outlook, it is open to parents, educators, university and school students, public and private representatives -- and indeed anyone else concerned about the fate of tomorrow’s Pakistan.

The writer is CEO of Beaconhouse and Chair of the School of Tomorrow Conference & Festival Series.