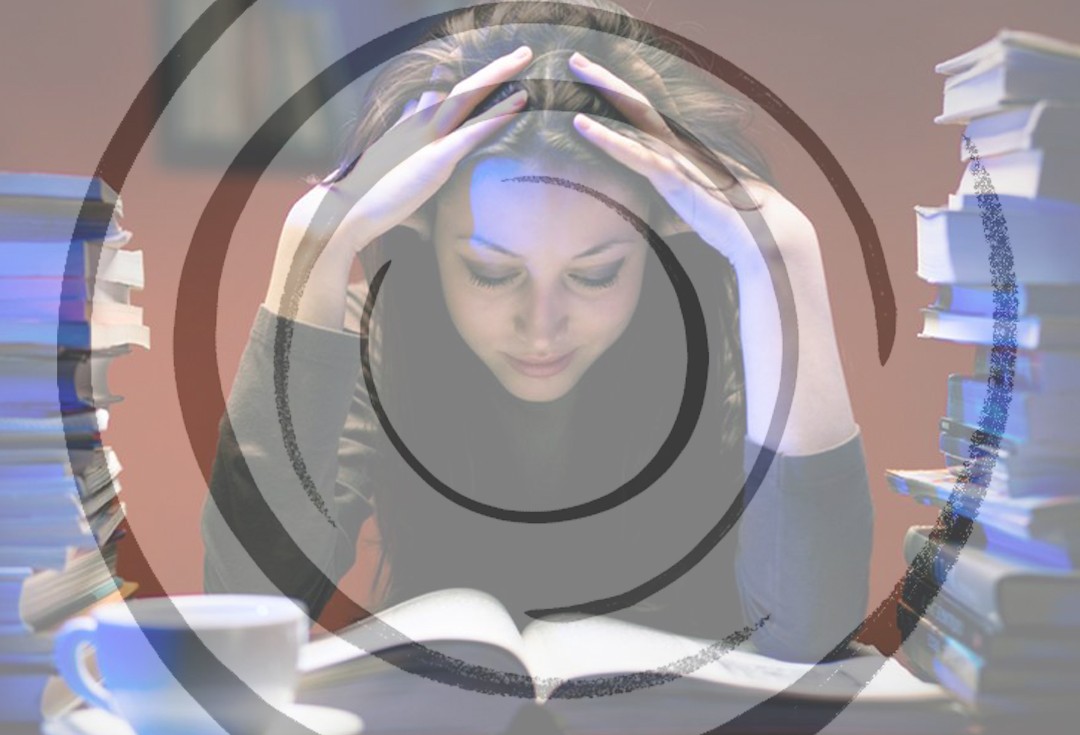 Humans emerge out of nothing -- without a name, without an identity; armed only with a capacity to learn and grow into something beautiful. Once named and as they get on with the act of living, they develop identities as individuals -- likes and dislikes; mannerisms and quirks. They learn to navigate as society tightens its grip; sometimes defiantly crossing boundaries and at others yielding quietly.

Individual identities melt into the great cauldron; make up an ambiguous whole. The ‘I’, a species already in grave danger of extinction in societies like ours, must make room for the ‘We’ all in the name of the ‘collective good’ at the end.

Inanities like collective thoughts and dreams follow suit. While one may still be unsure of one’s self, society can always be trusted to have a plan. Preserving the status quo becomes easier with roles carefully outlined, destinies marked in stone.

Go to school, get excellent grades, get accepted into an excellent university, have an excellent mainstream profession (medicine, law, engineering, banking), earn a six digit salary, have a successful marriage, raise children well, retire in old age and pass away peacefully -- in one’s sleep. A life lived well, with grace and poise.

Arguably, when life comes with a manual, living should become easier. But it isn’t. In fact, it is this manual that has reduced life to a travesty. Newspapers in Pakistan never run out of stories of suicide committed due to stress caused by issues such as unemployment, poverty, domestic troubles and pressures to conform to societal standards -- all reasons that are in conflict with the ideal life as dictated by society.

When a society imagines itself to be a monolith, it only follows that it expects a one-size-fits-all solution to work for its members; deviance is frowned down upon, deviants are weeded out, ostracised and shunned. The individual is left to grapple with a crippling sense of alienation and estrangement that can easily turn life into a Kafkaesque nightmare.

"It’s really hard living in a society which teaches you to be a survivor rather than a winner. "Baeta aj perh lo kal sakoon hai" or "Mera Baeta hamesha 1st aata hai." Our predecessors had it seriously wrong. That’s the one thing I want to get it right with my kid. I want him to fall in love with his life and do what he loves," asserts Omair Anwar, a corporate banker.

Newspapers in Pakistan never run out of stories of suicide committed due to stress caused by issues such as unemployment, poverty, domestic troubles and pressures to conform to societal standards -- all reasons that are in conflict with the ideal life as dictated by society.

The stress that comes with modern living has also grown exponentially over the years, transforming people into weapons of massive consumption. Aggressive marketing campaigns have found new ways to tap into the subconscious, slyly blurring the distinction between needs and wants all the while providing lip-service to improving standards of living and making life convenient.

And while it is appreciated that instant noodles are a tangible reality today, it is also pertinent to point out that the dynamic nature of the manufacturing industry has whetted appetite for grand luxuries and opulent lifestyles. With the advent of social media, the need to keep appearances has also acquired greater urgency. Scientific research has shown that users’ lives appear more vibrant and merry on social media than they are in reality which may depress others who are unable to keep up.

"Social media has really changed things. I think people dwell on the good experiences that others have and compare them to their own lives -- that are not always in great shape. With every check-in or vacation picture you post, there is a possibility that someone you’re connected to (on the media platform), is sitting and evaluating their own life and getting a little upset," says Zeshan Naseer, an active social media user.

In a more figurative sense too, society is binging on absurdities that deserve serious introspection. The ease with which even the most warped interpretation of human nature -- as expressed in popular Pakistani soap operas -- is stomached is abhorrent.

The ideal man is to take on the role of the benevolent oppressor and the ideal woman is to remain meek and submissive. If both suffer under these nauseating labels, they are better people for it. Grief is glamorous, virtuous even.

Related article: The triple burden of the working woman

"Instead of empowering both genders, these soap operas continue to impose a kind of implied ownership that women in this part of the world must accept and adapt to. Not only are women undermined but they are underrepresented -- so it is all the more disheartening to see that the mass media that we have today continues to portray women in a one-dimensional role," opines Ayesha Nadeem, a lawyer with a background in gender studies.

Unrealistic portrayals of life have taken the mainstream broadcast media by storm and have inculcated sophisticated tastes among viewers -- a diverse pool due to its reach. It would be correct to say that this has burdened audiences with unfulfilled material desires and dreams largely out of reach for most. As if the complexities of day-to-day living and the task of making ends meet were not testing enough, it is expected that one labours to seek fulfillment of irrational and artificially induced desires.

"Society’s expectations are, by and large, based on what consumer/mass media beautifully crafts out which is not only unrealistic but instills a deep sense of entitlement. People believe they all deserve financial success, an attractive partner, and happiness which seems to be a fleeting occurrence rather than a steady state; at least with the current status quo," says Zehra Hasnain, a student of medicine.

It will suffice to say that, during the course of life, one is to struggle to master the art of tightrope walking -- struggle being the operative word. One can sit and philosophise about various aspects of identity. This case can be argued in favour of individualism just like it can be argued against it. Stress, is an inevitable by-product of existence and will continue to be so.

It may be safe to assume that most of the human race never made it beyond the middle age without feeling spent and tired. However, it needs to be highlighted that modernity and progress (if one is to characterise it as such) has raised the ante for the issue to be identified as one of grave concern in mainstream discourse if one is to arrive at possible solutions.

The price of sitting as an apathetic bystander on the sidelines and watching human lives crumble under the weight of modern living is too high.