The film's soundtrack packs quite a punch. Instep lends an ear 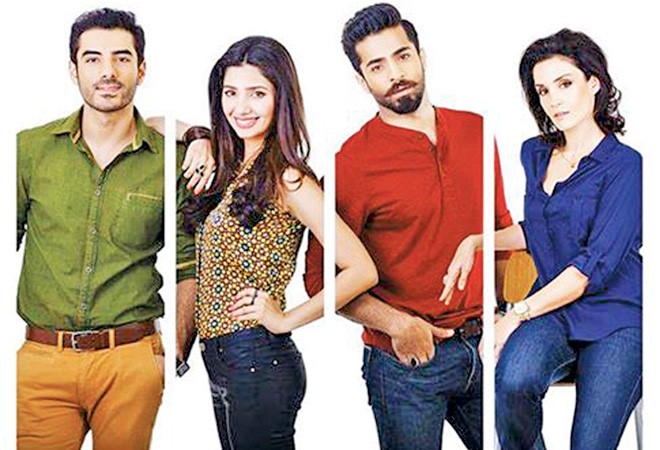 After years of nostalgia for the glorious days of films, which, if memory serves me well, led to momentous and unforgettable songs and melodies by artists who can only be described as legends, Pakistani cinema is finally finding itself again. The revival of indie cinema across Pakistan, growing and gaining momentum with every film release, cannot be mentioned without the triumphant return of film music.

At a time when it’s impossible to find home-grown musicians on television (outside of TV drama soundtracks and Coke Studio), it is film music that has and is giving the music scene a chance to shine again.

The rebirth began in 2007 with Shoaib Mansoor’s Khuda Kay Liye. The film remains memorable, not just because of its hard-hitting storyline, and Fawad Khan’s big screen debut, but also because of its stunning soundtrack with songs like ‘Allah Hoo’ and ‘Bandeya’.

The films that followed KKL, like Ramchand Pakistani, Bol, Seedlings (Lamha) and Zinda Bhaag, all came attached with a brilliant soundtrack. Even a film like Waar, which has few redeeming qualities, managed a few decent tracks, thanks to one Umair Jaswal.

This brings us to the year 2015, which is proving to be a phenomenal year for film music. The soundtrack of Moor, produced by Strings men Bilal Maqsood and Faisal Kapadia and the Manto soundtrack, produced by Jamal Rahman and Danish Khwaja, have managed to set a standard of musical glory that will be hard to match for every film composer. Even the mediocre and senseless Bin Roye had at least two above average tracks while the soundtrack(s) of Karachi Se Lahore and Dekh Magar Pyar Say showcased the strength of Pakistan’s contemporary music scene, full of flair, colour and ideas.

The good news, here, is that the victory of film music is ongoing and is unstoppable. And the release of the Ho Mann Jahaan soundtrack, which brings together the likes of Atif Aslam, Mai Dhai, Zeb Bangash, Jimmy Khan, Farid Ayaz and Tina Sani among several others, is a colorful record that will not make you cringe or wonder what went wrong.

Singer-songwriter Zeb Bangash, one of music’s most underrated names, leaves you yearning for more with her songs, ‘Mann Ke Jahaan’, ‘Dil Pagla’ and  ‘Dosti’, in which she sings alongside Zoheb Hasan (who is on the comeback trail after making an appearance on Coke Studio, circa 2014).

The second Zeb Bangash song, ‘Dil Pagla’ is peppy and uplifting, a lilting little song that could. These are optimistic melodies, promising that the future can still be shared and beautiful. To be fair, its Zeb’s vocals that really set the mood. Any album that includes Zeb Bangash will never go wrong.

The third song featuring Zeb, alongside Zoheb Hasan is the track, ‘Dosti’. Originally sung by Nazia and Zoheb Hasan, ‘Dosti’ gets a thumping makeover on this album. It is certainly a notch above the garish ‘item’ songs that have made sporadic appearances in certain local films. That said, ‘Dosti’ makes you miss the original track.

Giants of qawwali, Farid Ayaz and Abu Muhammed, bring Amir Khusrau to the foray with the rhythmic and gorgeous ‘Ghar Nari’. There’s something hypnotic about ‘Ghar Nari’. It makes an instant impact. The tradition of qawwali is presented in a modern, palatable avatar and it works. This song will sizzle on the big screen when Ho Mann Jahaan releases.

The other musical giant on the album is Tina Sani and she makes you revel in the glory of her voice with ‘Khush Piya Waseen’ while Atif Aslam’s ‘Dil Kare’ has potential to become an anthem. It’s a fairly typical Atif Aslam song and as usual it works because of one reason alone: Atif Aslam’s presence.

Written and composed by Mai Dhai, Zain Ali and Danish Khawaja, the song ‘Sarak Sarak’ also makes an appearance on the album and makes you wonder why indie music isn’t getting more coverage. Mai Dhai, the voice of the desert, is terrific and sounds bloody brilliant on this bouncy, playful tune.

Jimmy Khan, the voice and composer for the song, ‘Baarish’ brings his A-game to the record. If there’s one song that has a unique motif, it’s ‘Baarish’. Jimmy Khan’s musical ability, not just as a singer, but also as a composer is on full display and it commands attention.

These are songs that fit into the context of the film with precision. Ho Mann Jahaan is the story of a group of friends who are also musicians. And when you think about it, this playful yet diverse soundtrack makes complete sense. It’s a combination of melodies that make for easy listening, mostly. The songs are not as experimental as the ones featured on the soundtrack of Manto but perhaps that has more to do with the feel of the film(s) in question than anything else.

Names like Zeb Bangash, Jimmy Khan, Danish Khwaja, Zain Ali, Gumby and Zain Ahsan deserve as much applause as Tina Sani and Farid Ayaz for adding so many flavours to Pakistan’s burgeoning music scene. At a time when several mainstream artists have shifted focus to the world of acting, television and possibly cinema, its indie and alternative musicians who are giving music a leg to stand on.

And for that, they deserve applause and many cheers. In the end, the Ho Mann Jahaan soundtrack is about what new-age musicians can achieve. Reinforcing the idea that music is best when it isn’t forced, the HMJ OST is a fine mixture of the old and the new, classical music giants, pop music icons and indie music superheroes in one neat record. 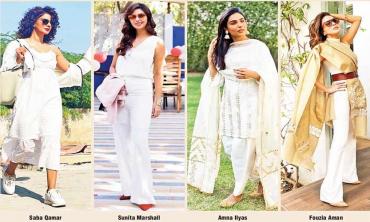 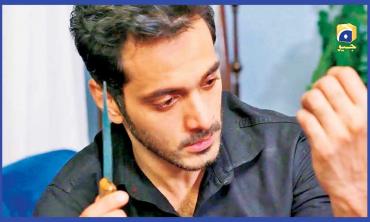 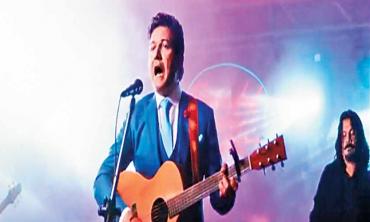