Needed: A sea change in the way we run our sports

As a golfing country, which we are with over 50 reasonably good golf courses, we need to let the game grow 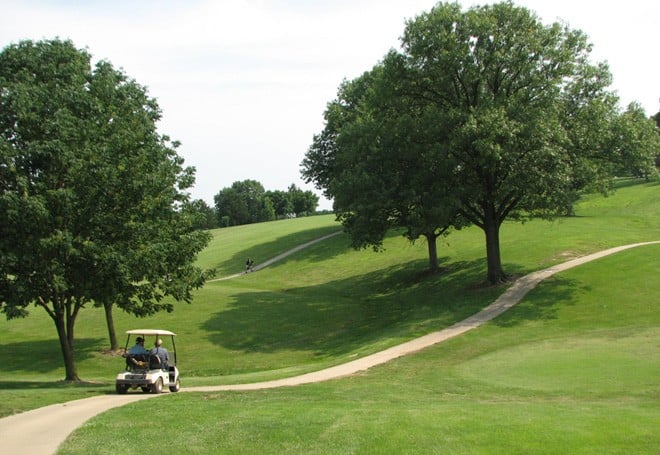 Enough I have written of my thoughts concerning what ails our golf scene, so let me move onto the positive view from here onwards. The view is there for our taking, as I learnt on my visit to Budapest where my guide talked about Hungary’s key sport -- football -- and how one of their top leaders remarked "Little money, little football".

With that realization hitting home, Hungary is today amongst the prominent football-playing countries in the international arena. This very simple statement applies squarely to our golf scene -- little money, little golf. And the sooner we all, and I mean the country, not us as individuals, pumps money into every sport that is eagerly played in Pakistan, will we see both growth and competitiveness on the rise. Give it five years or so and we will surely be getting to a level that can give us the recognition of respectability. It shouldn’t be difficult at all for any government in power to decide that we as a country must promote sports by financing the governing bodies sufficiently and rather generously and target results for the next five years. If it doesn’t work, then we need to apply strict accountability of those running these organisations. All such organisations must be held responsible, but only after the government has done its duty of patronising them by supporting and facilitating them. The country has to benefit from healthy sporting activities and facilities that ought to be made readily and cheaply available. Exemption or drastic reduction of exorbitant duties and taxes on sporting equipment, gear and machinery can add speed to progress. This is not going to be easy with the establishment unless and until there is a deliberate and purposeful commitment on the part of the government.

I remember an incident when Shaukat Aziz, then Finance Minister and later Prime Minister, while playing golf at the Karachi Golf Club noticed a golf buggy on the course and asked how many of these were available at the KGC and I remarked "only one"! It was the personal buggy of Mr. Bashir A. Khan, a veteran golfer. Very quickly we got to the idea of applying to the then CBR now FBR requesting for duty reduction citing the many benefits of this facility.  After sometime the reply to our proposal was a categorical "No".

The thing is, unless the mindset changes nothing is going to change. It hurts the government nil to impose such tariffs as a matter of thoughtless routine without a consideration of the implications that are only counter-productive.

The national exchequer gains almost next to nothing from the very limited number of imports. Just Imagine if our clubs were allowed import of latest machinery for maintaining golf courses at reduced duties, what a drastic improvement it would make to the quality of our courses, raising them to high international level and making Pakistan a golfing destination for hundreds of hungry golfers wanting to play quality but inexpensive golf. This would have a snowball effect in no time all around not just for golf but for every sport that is played in Pakistan as well as in the field of landscape and horticulture.

I may venture to say that the government should put an embargo of every sort that prevents a certain mindset from investing in sports in general, thereby break away from the ‘shackles of bureaucracy’. I distinctly remember Prime Minister Nawaz Sharif saying these very words to his then Principal Secretary during a presentation on the new Lahore Airport many years ago. But mere words will not make much difference. Unless there is a sea change in the mindset of the establishment, nothing will change. My point is, if the game of golf along with its entire paraphernalia prospers in Pakistan, we as a country look good in the eyes of the world, it surely helps to create a soft, enlightened image of Pakistan. Consequently, all this can only auger well for Pakistan. "So let it be written, so let it be done" is what the PM should be saying to his functionaries like the Pharaoh in the movie Ten Commandments!

Let us also formulate our own commandments to see that golf clubs, the golf organisations, amateurs and professionals, the caddies and all those thousands of workers engaged with golf are gainfully indulgent, professionally managed and actively involved in the betterment of the game. This one is primarily organisational and club-centric. While we are presently content, quite fairly, with what we have, there is all likelihood that we remain the way we are. However, it is incumbent upon those regulating the game to be ‘golfer friendly’ acting more as the helpful facilitator.

As a golfing country, which we are with over 50 reasonably good golf courses, we need to let the game grow, firstly it will be played because of its growing image  on its own steam, secondly, it will flourish by the personal and professional efforts of the golfers themselves. No denying that.

Another commandment that I think we as golfers should give a sympathetic thought to is the welfare of the caddies. This requires a realistic approach by the clubs and must be addressed. Firstly, take the prevailing caddy fee structure applied by all golf clubs, which is, by every standard very meager and disproportionate to the extent of the game itself.

We must first of all, have a uniform fee structure throughout the clubs which should be realistically evaluated and fairly implemented . Most golfers in any case pay over and above the fixed rates but there are many still who go by the book and deprive the poor caddy of his expectations. The point is that we must show due consideration towards this highly under-privileged class, without which, frankly the game would not be the same. Even when golfers use the limited number of buggies available to them, they still engage caddies.

We are happy to see that the Pakistan Golf Federation has designated Karachi as the venue of the upcoming ‘Open Golf Championship of Pakistan’ scheduled towards the end of November, which by far is the biggest and most important golf event in Pakistan.

In better times the Pakistan Open was part of the Asia-Pacific Golf Championship circuit. Sponsorships were aplenty. Unfortunately, the situation on ground today is dismal and we continue to struggle for sponsorships. Come what may, the PGF will hold the event in a befitting manner, so here’s hoping that very soon we will be looking at several sponsors who consider the game of golf beneficial to them and to the professional golfing community that they will be serving.

Needed: A sea change in the way we run our sports