A tale of two commentators 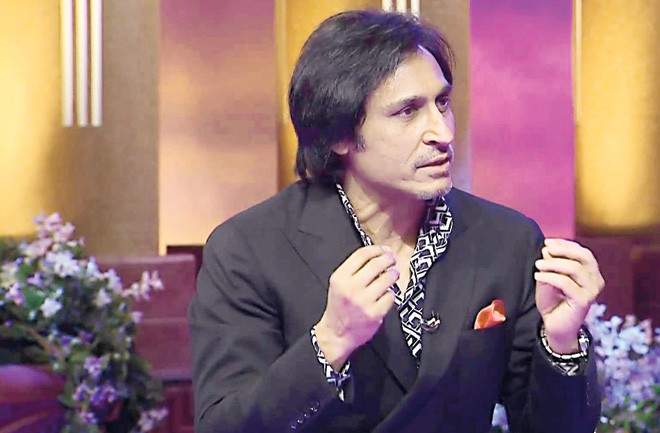 This is a tale of two Pakistanis. Two former openers. Two people currently appearing on Sky Sports. One of whom is a plague on our eardrums, the other of whom is fast-becoming essential viewing.

For several years Ramiz Raja was a sane voice of reason amidst the madness of Pakistani cricket. According to Cricinfo anyway. After a long but fairly mediocre career opening the batting for Pakistan (two hundreds in more than 50 Tests is Watson territory), he retired in 1997. His career coincided with Pakistan generally being rather good, indeed he was an instrumental part of the 1992 World Cup victory, scoring hundreds against the West Indies and New Zealand, and taking the final catch (Richard Illingworth) for good measure.

Post-retirement he held administrative roles and was seen as a steadying hand on a wobbly tiller. But he also became a commentator. And slowly he has become an omnipresent man with a mike, covering Pakistan matches all over the world, as well as being one of the troupe of performing clowns/official product spokesmen employed to commentate at the official ICC tournaments.

We could put up with his bad hair and bad suits if were it not for his habit of talking incessantly. He never misses an opportunity to fill silence with inane observations about everything that is happening on the field of play, or rambling thoughts that start off as questions and end up as monologues. He makes Shane Warne’s commentary seem like a sponsored silence. And yet he hardly ever stumbles upon an insight. Luckily we haven’t had to endure him on Test Match Special (where also pops up), mainly because Ernest Ed Smith and Charles Daggy Daggers Dagnall are enough to prevent the radio from being turned on, let alone up.

Meanwhile, Aamir Sohail currently appears on the Verdict, sandwiched between Lord Chief Justice Willis and Mark Butcher (or, on more hellish days, Dominic Cork). Often the role of the overseas guest on the Verdict is to be the target of Charles Colville’s gentle jibes, or to counterpoint Willis’s wilder moments. Sohail, however, doesn’t just sit there nodding along. He genuinely makes the kind of observation that suggests he’d be an excellent coach.

His reasoned critique of Adil Rashid has been exceptional. On Saturday night he explained, simply but intelligently, why Joe Root has a habit of being dismissed by left-arm over bowling (a closed stance and straight backlift, combined with a tendency to drive square of the wicket). We hope Mark Ramprakash was watching Sky Sports, and not Strictly Come Dancing.

Choosing a commentary team to cover 30-odd hours of a Test match must be a hard task, and presumably there are contractual obligations in place between Sky, the BBC and the host broadcasters as to who gets to guest on the British airwaves. We’ve never been slow in criticising some of the homegrown commentators either. But when the cricket can be followed from the sofa in numerous ways, it is important for our two main broadcasters to find ways of improving their coverage.

Perhaps Sohail is suited perfectly for an analytical role on the Verdict rather than ball-by-ball, but the viewers and listeners deserve more from the like of him and less from the like of rabbiting Ramiz.

A tale of two commentators