A voice of his own 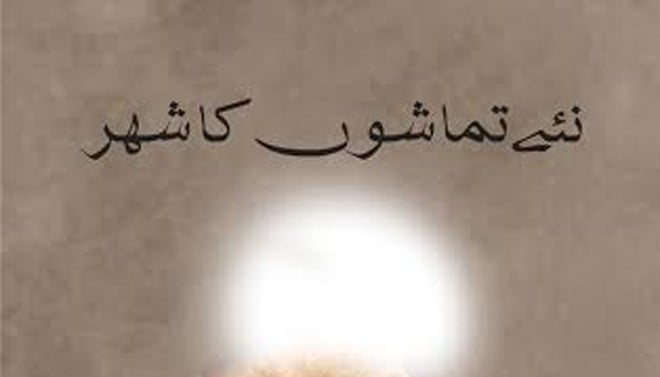 Some five years ago, I stopped reading contemporary Urdu poetry. The repetition of themes, the verbose wordplay, the lack of imagination and erudition in modern Urdu versification had put me off to a nauseating level. The social media played a pivotal role in my dissatisfaction with the Urdu verse, as my exposure to present-day Urdu ghazal and nazm increased manifold due to the technological advancement. It was a jolting experience for me, somewhat heartbreaking. Being an avid reader of world literature, and a great fan of classical Urdu poetry, the failure to connect to what is being churned out in the Urdu language these days could not be a good feeling.

That’s a subjective way of looking at things, of course. Let me now try to analyse the situation more objectively. It’s surprising that contemporary Urdu literature has failed to usher in a major poet in the past decade or so. The last of the greats was Jaun Elia, and, of course, Munir Niazi and Ahmed Faraz. Iftikhar Arif is still writing, but he belongs to a previous generation of stalwarts, just like Faraz and Niazi. But that was the post-independence crop of Urdu poets, which has produced a corpus of extraordinary literature, and has influenced at least two generations. What is seriously lacking in modern Urdu verse is the academic rigour, the knowledge of various disciplines -- of world philosophy, history, psychology and languages. Today’s Urdu poet reads Urdu poets only -- Ghalib, Meer, Insha, Mushafi -- or Urdu prose writers -- Manto, Chandar, et al. That has severely impacted the growth of innumerable modern versifiers in terms of their craft and art. Could Rashid be a major poet without his knowledge of Arabic and Persian literatures, history and theology? The answer is a definite ‘no’.

The book under review, Na’ay TamashoN Ka Shehr, by Tasneef Haidar is a breath of fresh air in this intellectually-suffocating literary milieu. Haidar, originally from Mumbai, now lives in Delhi, and is only 29 years old. And this young man has a voice of his own.

When a cultural critic told me to read Haidar’s ghazals, I was a bit reluctant and skeptical, but I must say that Hadiar’s diction pleasantly surprised me. Here is a poet who has broken away from the traditional metaphors and similes, and from stale qafia and radeef patterns. He brings his own sets of metaphors and similes, and it is not forced. It is spontaneous and ground-breaking; it flows like a well-articulated conversation and has both classical and contemporary flavours.

Take this, for example. It takes some courage to embed these words in a ghazal:

Haidar is a Meeraji fan, and he says that the sensuous themes in his poetry are a result of that influence. Like Meeraji, Haidar also occasionally fuses Hindi words with those of Persian and Urdu.

The following verses could be taken as wordplay but they have layers of meanings and without the intelligent use of vocabulary, Haidar could not have expressed them:

There might be a deliberate attempt on Haidar’s part to write a different kind of ghazal, a new couplet. That deliberation, however, doesn’t show in his craft. He started off writing ghazals in a traditional asloob, but didn’t find it befitting to encompass the complexities and anxieties of the twentieth century world and society.

I sincerely wish Haidar to become a prominent Urdu poet, and he has all the potential to be one. But only a new diction won’t take Haidar too far. The ghazals in Na’ay TamashoN Ka Shehr are thematically similar and they reveal to its reader that the author has to broaden his sphere of knowledge. And for that, he has to read more than just Urdu and Hindi poetry and fiction.

Like Haidar parted ways with orthodox diction of the Urdu ghazal, he needs to keep a distance from the Urdu poets also. They will weigh him down and impede his growth. The literary circles, which are now on social media as well, are like a labyrinth where he will get lost forever. I am saying this because the young poet also manages an online literary website, Adabi Duniya. He cannot afford to be unpopular among the present lot of literary critics, fiction writers and countless prose poets. There you have to please everyone, which is a vicious circle.

My suggestion to Haidar is this: "Don’t be sucked into it". It might sound a bit harsh, but the social media Urdu poets and literary critics can make or break a poet. They must be resisted at all cost.

Also, Haidar has to find a voice in India and its society. He says that the Pakistani literary landscape is superior to India’s, which might be true. But as a reader, I would like to feel more the fragrance and virility of Indian society in his poetry, with its myriad hues and flavours, than the static Pakistani Urdu milieu. We must wish him best of luck for his future creative endeavours.

A voice of his own