With the independent agencies of Fata having been cleared of militants and marked as safe, rehabilitation must come quick with a development agenda 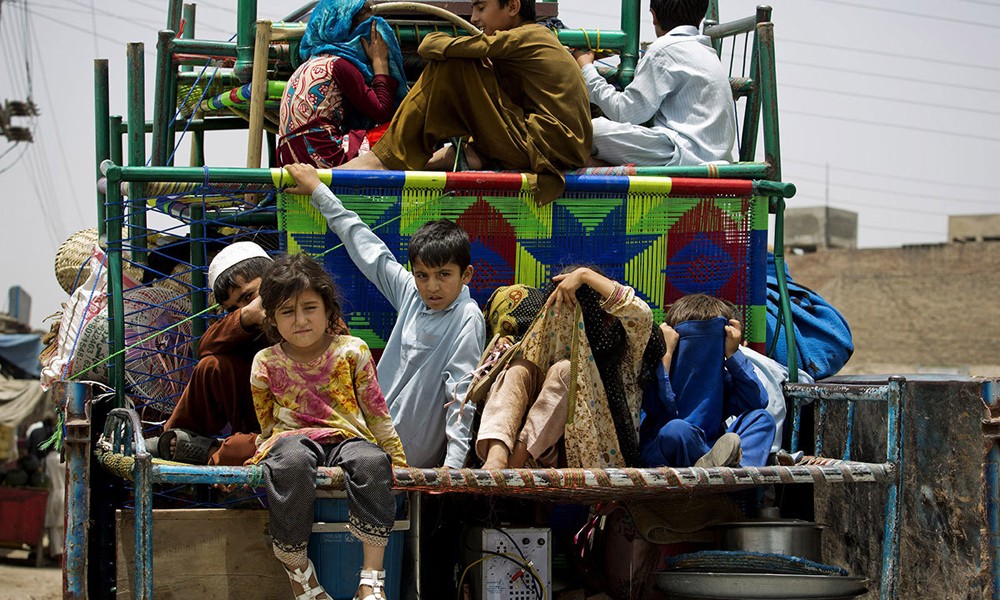 Now that Operation Zarb-e-Azb is reaching its completion, it is time for the Pakistani government to plan out a strategy for the rehabilitation of the Internally Displaced Persons (IDPs). When we talk about sustainable economic development, economies are aimed at phasing out a plan that would in theory provide for the present generation in such a way that the demands of the future generations are not compromised in any way -- the notion of ‘at least leaving behind as much as the present generation had’.

The first attribute of development -- geographic unevenness -- implies that governments generally cannot simultaneously foster economic production and spread it out smoothly. Circular causation makes it possible for rising concentrations of economic production to become compatible with geographic convergence in living standards. The market forces of agglomeration, migration and specialisation can yield both a concentration of economic production and a convergence of living standards. The third attribute of neighbourhood effects suggests that spillovers point to the promise for surmounting the handicap of unevenness. Economic integration is an effective and the most realistic way to harness the immediate benefits from concentration to achieve the long-term benefits of convergence.

The idea of sustainable societies arises from the fact that even in the OECD (Organisation for Economic Cooperation and Development) countries, economic development has been uneven and this has led to massive immigration of people from rural to urban centers. According to the 2014 revision of the World Urbanization Prospects by UN DESA’s Population Division, today about 54 per cent of the world’s population lives in urban areas and by 2050 this is expected to increase to 66 per cent. This is expected to have massive repercussions especially for developing countries which are already juggling with meeting the needs of their people, including housing, infrastructure, transportation, energy and employment.

Urban areas are considered as the employment hubs of any country but there is a limit to how much employment can be generated in one city centre for a long time. Ultimately, the growth of slums and illegal housing prove detrimental to the city planning.

Joh Wilmoth, Director of UN DESA’s Population Division, said, "Managing urban areas has become one of the most important development challenges of the 21st century. Our success or failure in building sustainable cities will be a major factor in the success of the post-2015 UN development agenda."

In theory, urbanisation was the main driver for the world economies in achieving MDGs but this has proven to be otherwise. However, glancing at Pakistan’s failure in achieving the 18 accompanying targets indicates a lopsided development in the past 15 years where ill planning of the government is to blame. Of course, it is not always that the government; the ongoing war on terror has exhausted resources of not only the Pakistan government but even of the donor countries. But now that the independent agencies of Fata have been cleared of militants and the areas marked as safe, rehabilitation must come quick with a development agenda that addresses not only the needs of these people but that of the entire country as a whole. And this would come by investing in the rural sector and developing these to decrease future rural-urban migration of people seeking better jobs and healthcare and education facilities elsewhere.

Any economist would argue that the unit cost of investing in rural areas for building infrastructure is relatively higher because of the dispersal of population and the efficiency criterion necessitates investment in urban sector projects. However, this is a static concept and in the long term it is seen that the higher per capita incomes in urban areas creates demand for income elastic products such as milk, dairy products, meat, poultry, fruits and fish. The returns to the farmers on these products are higher than on cereals such as wheat or rice. As the production of these commodities expands, rural incomes rise. Along with remittances from the cities, their demand for consumer goods that are manufactured in the urban areas also rises.

Economic planning deals with understanding the extent of the ripple effects a particular policy would entail. So what might seem to be a high initial cost would actually be self-sufficient in sustaining these new societies in the long run. Small scale industries with low cost technologies can cause the education levels to go up and people can earn better living standards. This was also shown by a research carried out by the International Growth Center with the Lahore School of Economics on developing the football industry in Sialkot. Such small scale industries anywhere in Pakistan when introduced to new technology are readily receptive and capable of developing societies around them.

Understanding the IDPs is an important pre-requisite to integrating them back into society. Here the notion of ‘sustainable societies’ is not only the strongest economically but also socially. Hence in any development agenda, the government and policy makers must sit together and focus on establishing and strengthening societies.