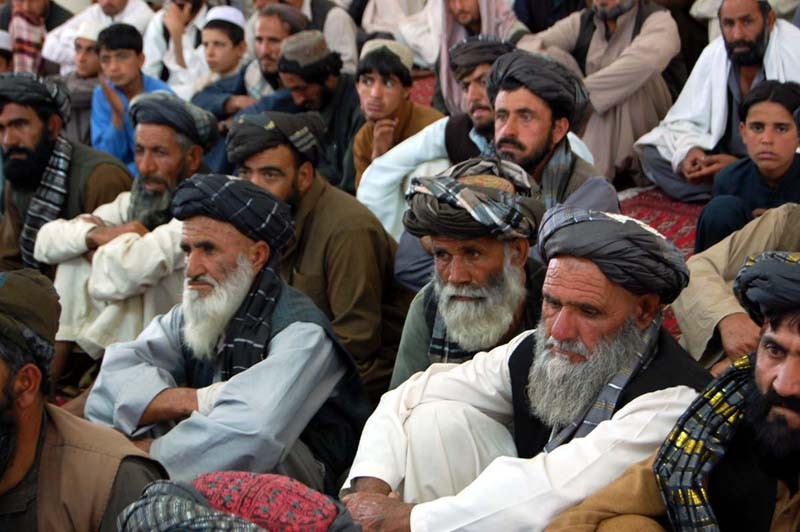 The British had a jaundiced view of what was their North West Frontier and introducing reforms in such a land was tantamount to holding match to a "gunpowder magazine". It seems that the fate of Fata, the terra incognita of Lord Curzon, is still victim of that outlook by keeping it under the yoke of "white men" regulations and denying the long overdue rights to its denizens, secured to the rest of countrymen.

However, the demand of Fata’s parliamentarians and preparation of a draft bill for a proposed constitutional (twenty-second) Amendment Act, 2015 is a silver lining in this otherwise gloomy scenario.

The bill aims to include all agencies of Fata into the Provincially Administered Tribal Areas (PATA). This is by no means an ideal step. However, it is a big leap forward as in this era of human rights, the very humanity of Fata residents is being challenged by keeping intact the now much maligned Frontier Crimes Regulations.

Fata’s status being intact so far is the manifestation of the rulers’ inability to calibrate for their people laws befitting the need of modern times and get rid of the tyrannical regulations enacted by the imperial British for their own reasons.

These draconian regulations are at best preposterous on humanitarian and legal grounds. The tribal people may elect their representatives to the parliament of the country; however, these representatives cannot legislate for Fata. The political agent, no less than a viceroy in his own right, is the repository of enormous powers, both administrative and judicial. The tribal people cannot challenge the decisions of political agent in any court of law in the country except in a bureaucrat-run Fata tribunal.

In order to alter the prevalent setup and replace it with a less coercive and ‘more’ benevolent dispensation, the saner minds have decided to play their due role. However, Fata representative’s this move evoked a vibrant debate on media and social media regarding what should be the fate of tribal people. Fata should either be integrated in PATA, or given the status of a separate province or merged with Khyber Pakhtunkhwa?

If the demand of some tribal elders does not hold water, the parliamentarians’ bid for including Fata in PATA is not an ideal option either. Unlike the Federally Administered Tribal Areas, PATA is subject to Pakistan’s basic criminal and civil law framework and falls under the jurisdiction of the provincial Khyber Pakhtunkhwa’s legislature and the Peshawar High Court and Supreme Court.

Fata’s merger with Khyber Pakhtunkhwa will also help the government end safe havens of the non-state actors and restore its writ.

What came to be known as PATA was formally included in the now renamed Khyber Pakhtunkhwa in 1969 followed by PATA Regulation in 1975 by the federal government. According to socio-political analyst, Khadim Hussain, "the PATA Regulation was a weird combination of authoritarianism and ignorance of the changing social structure…" PATA is being governed through various parallel legal systems, like Nizam-e-Adl Regulation 2009, Regulation 2011 and Action in Aid of Civil Power (AACP), which are not without criticism from the human rights activists and civil society. So in the presence of such weird authoritarianism, effective and accountable governance is an unfulfilled dream. Therefore, merging Fata into PATA seems not to be a judicious act in the first place.

Granting a separate provincial status to Fata is not without hitches as though rich in various resources, it has no industries, scanty agricultural production and no record of land and revenues which are required for running a province. Without financial resources, it is not feasible if not categorically impossible. Moreover, given the topography and lack of road infrastructure connecting South Waziristan in the far south with Bajaur in the far north will make it difficult for the different tribal agencies to connect with each other through short communication routes. However, a small separate province of the size of tribal areas will get as many Senators as the rest of federating units have.

It is high time to rethink and revisit the policy of looking at the ‘tribal areas’ through the colonial prism. The cliché of some obstructionist and vested interest that tribesmen have ‘special’ customs and traditions and therefore cannot be granted the police and judicial system of settled areas needs to abandoned. Last but not the least, Fata’s merger with Khyber Pakhtunkhwa will also help the government end safe havens of the non-state actors. Acting as an insulator to the march of progress and development and an incubator to the uncanny extremist creed of the yahoos and violent non state actors in post 9/11 scenario, this anachronistic and colonial relic -- the white man’s black law (FCR) -- needs to be abolished at the earliest.