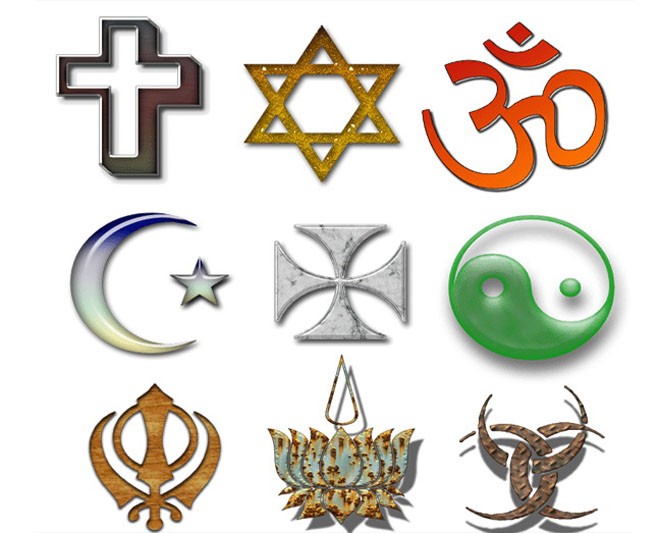 A few days ago, I randomly came across a music video in which Annu Kapoor -- famous for hosting the TV show Antakshiri -- was singing bhar do jholi meri Ya Muhammad. It was not just the choice of qawwali but the utmost devotion with which he sang it that really moved me. While he made certain alterations to make the lyrics even more emotive, the concluding stanzas were the same and it ended with the description of Imam Husain in the battle of Karbala to save the honour of Deen-i-Haq.

Commemoration of Karbala and remembrance of the sacrifices of Husain have been part of the rich cultural traditions of India. A few years ago, Intizar Husain wrote about Husaini Brahmins who claim to have fought on the side of Imam Husain in Karbala. Others showed their reverence by writing some of the best marsiyas. This famous couplet haunts many:

Lata Mangeshkar’s rendition of Mir Anees’ marsiya is one of the many examples of devotional practices which cut across narrowly defined religious affiliations. This particular piece recited by Lata is one of the best written by the prolific Anees.

Many Hindus had a great deal of respect and love for the figure of Prophet Muhammad  (PBUH) as well. In the 1960s, Fani Muradabadi (who added Lyallpuri to his name after partition) compiled a book titled Hindu Shua’ra ka Natiya Kalam. It included naats in Urdu and Persian written by such Hindu poets as Jagan Nath Azad, Kishan Prashad, Arsh Malisani, Kanwar Mahindar Singh Bedi, Hari Chand Akhtar, Talib Dehalvi, Krishan Mohan and Makhmur Jallandhari. This beautiful poetry does not require translation and should better be reproduced in original. Two samples would suffice:

While the case of Hindu poets of marsiya and naat is fairly well-known, little is known about Muslim contributions towards Hinduism. C. M. Naim’s brilliant piece on Hasrat Mohani -- the Maulana who loved Lord Krishna and wrote poetry to express his devotion -- is one example of such practice in Urdu poetry. Recently I came across excellent research done by Dr Khalid Mehmood Sanjrani, Professor of Urdu at Government College University Lahore. Sanjrani has meticulously researched and put together all the bhajans written by Muzaffar Ali Syed. Muzaffar Ali Syed’s name is well-known in the literary circles of Pakistan. He was known to be the most well-read person among his peers. His bhajans are exceptional not just for the novelty of their themes but also because of his ability to enrich the language and literature of Urdu imbibing ideas and religious traditions from Sanskrit.

Most of these bhajans were written and published after 1947.

A syncretic source of violence

The likes of Hussaini Brahmins, Hindus lamenting Imam Husain and eulogising Prophet Muhammad (PBUH) in their poetry and Annu Kapoor are a source of problem for both hardcore Hindus and Muslims. This is because modernity has given a greater fixity to, and emphasis on, religious identities of communities which were largely fuzzy and drew upon diverse sources for recognition and self-definition. But I would hasten to add that this should not be understood as valorising of pre-colonial and pre-modern period as an ideal of communal harmony and put the entire blame on British rule. Such a simplistic explanation is certainly misleading. Chris Bayly’s influential essay on the pre-colonial history of communal identities is a must read. It clearly shows shaping of communalised polities through the example of Sikh and Maratha uprisings during the eighteenth century.

The British through the apparatus of modernity ascribed singular identities to communities which were statistically enumerated and legally defined on the basis of their religious affiliation. It helped imagine an all-India Muslim and Hindu identity. This was in contradiction with the social reality where a Muslim Punjabi had more in common with Hindu and Sikh Punjabi -- not just in terms of language but the overall religious culture as well-centred around local shrines -- than with a Muslim living in Malabar or Balochistan.

But as an abstract legal identity of being a Muslim and group feeling on the basis of textual/scriptural sources than local practice gained popularity among the intelligentsia, it became absurd for this class that some Annu Kapoor could sing hymns in the praise of Imam Hussain who saved "Deen-i-Haq" and yet remain a Hindu.

Therefore, a part of Muslim intelligentsia since the late 19th century has looked at the ‘Annu Kapoors’ in a suspicious way. For them, it is the best example of Hinduism as a religious tradition which is capable of absorbing other religions. This understanding of Hinduism as amorphous was not exclusive to the Muslims. The Orientalist discourse during its classical period had a similar conception. Since much of the Orientalist ideas about religion were based upon their own understanding or conceptualisation of Judeo-Christian traditions and its belief requirements (such as One God, Prophet figure and Divine Scripture), Hinduism was a frustratingly elusive concept.

In Muslim polemical literature, this amorphous characteristic gets interpreted as part of Hindu dexterity. The tyrannical caste system led by Brahmins, many Muslim critics would say, faced serious challenges in the form of Buddhism and Jainism which preached a more egalitarian vision. Yet, the hierarchical system was perpetuated because Hinduism had a remarkable capacity to absorb other religions. The vedantic philosophy of finding divine in every form allowed for accommodation of several gods and considering them as different streams in the same direction.

This understanding of Hinduism as a sponge which could absorb other religions became a key concern for modern day Muslim scholars and ideologues. It became a major argument during the 20th century as Muslim political mobilisations sought cultural autonomy, economic security and political rights. Ironically then, it was not just the exclusionary politics of hardcore Hindutva brigade but the popular eclecticism as well which was a source of concern.

The idea of Pakistan, therefore, -- among several other things -- served as the means of securing the distinct Muslim identity and save Islam from the same fate that had befallen Buddhism and Jainism.

This non-acceptance of plurality has, in recent times, been expressed in different ways. Muslims living in India and facing an increasing wave of Hindu extremism are not impressed with this kind of behaviour either. A popular saying among Indian Muslims is that Hindus revere dead Muslims but have problems with a living Muslim (murda ko poojay, zinda ko maaray). So from the perspective of many Indian Muslims, this reverence and love for the Prophet and his family is just a drama as the present social reality is one where Hindus are oppressing Muslims.

Annu Kapoor and Hindu poets of naat and marsiya have been a source of problem for proponents of Hindutva as well. This is because Hindutva, among other things, expresses a strong urge for unity of Hinduism. It strives towards achieving the Judeo-Christian traditions of a religion with identifiable features. Here, again, it would be wrong to assume that such trends are entirely a product of modernity.

Andrew J. Nicholson’s Unifying Hinduism: Philosophy and Identity in Indian Intellectual History is a fascinating study of the processes and ideas whereby a unity within Hinduism was sought during the pre-colonial period. Unlike the usual understanding about Orientalists investing a unified identity to Hinduism, Nicholson traces the origins of these efforts much earlier. Starting from fourteenth century onward, "thinkers treated the philosophies of Vedanta, Samkhya, and Yoga, along with the worshippers of Visnu, Siva, and Sakti, as belonging to a single system of belief and practice. Instead of seeing such groups as separate and contradictory, they re-envisioned them as separate rivers leading to the ocean of Brahman, the ultimate reality".

During the colonial period, the urge for unity of Hinduism was inspired by both religious as well as political considerations. The introduction of census during the British period had become the source of estimating the numerical strength of a particular community. On these numbers depended such privileges as reserved seats and job quotas. One of the most important models for unity of Hinduism was Arya Samaj movement. Originating in 1880s, it was established by Swami Dayanand who propounded the idea of centrality of Vedas. Just like Bible for Christians and Quran for Muslims, Vedas was projected as the single most important text for Hindus. Such later texts as Upanishads were to be considered subordinate to the teachings of Vedas and not representative of Hinduism. Similar to the missionary activities of various Christian missions during the nineteenth century, Arya Samajis were inspired to carry out conversions to their ranks as well. But since no formal conversion ritual rites existed in Hinduism, a new one had to be invented.

Arya Samaj, Hindu rightwing political organisations and orthodox religious organisations looked at Muslims with envy. They envied its (what they perceived) unity around simple concepts, mutually agreed upon revered figures and the divine text of Quran. This Islamic model of unity continues to haunt Hindu extremists in India. One comes across many Hindu extremists citing the unity and devotion of Muslims in their religious practices as a source of danger for Hindu numerical superiority. Hindu extremists, in other words, are fascinated with their enemy.

The textual traditions in modern times have been exclusionary and intolerant. Historical devotion of so many Hindus with Imam Husain and Karbala -- and the fact that Shiites themselves have been a persecuted community throughout much of Muslim history -- does not translate into an accommodation for Hinduism. In fact, compared with some variants of Sunnism, Shiite Islam in its textual form is even more critical of Hindus. A few days ago, I purchased Tauzi-ul-Masa’il by Khomeini and Sayyid Ali Sistani. The first chapter in such works is always on taharat or ritual purity. Both the learned mujtahids listed Mushriks and Kafir -- along with such items as urine, semen, blood and Swine etc -- as the source of impurity. Any physical contact with them makes the ritual ablution compulsory before namaz can be performed. Technically speaking, then, a Sunni suicide bomber who enters the Shiite mosque, Imambargah and Ashura procession is ritually pure than the Hindu who comes to these places out of reverence and love.

This article was published in The News on Sunday on October 25, 2015 with the title Notes from History.