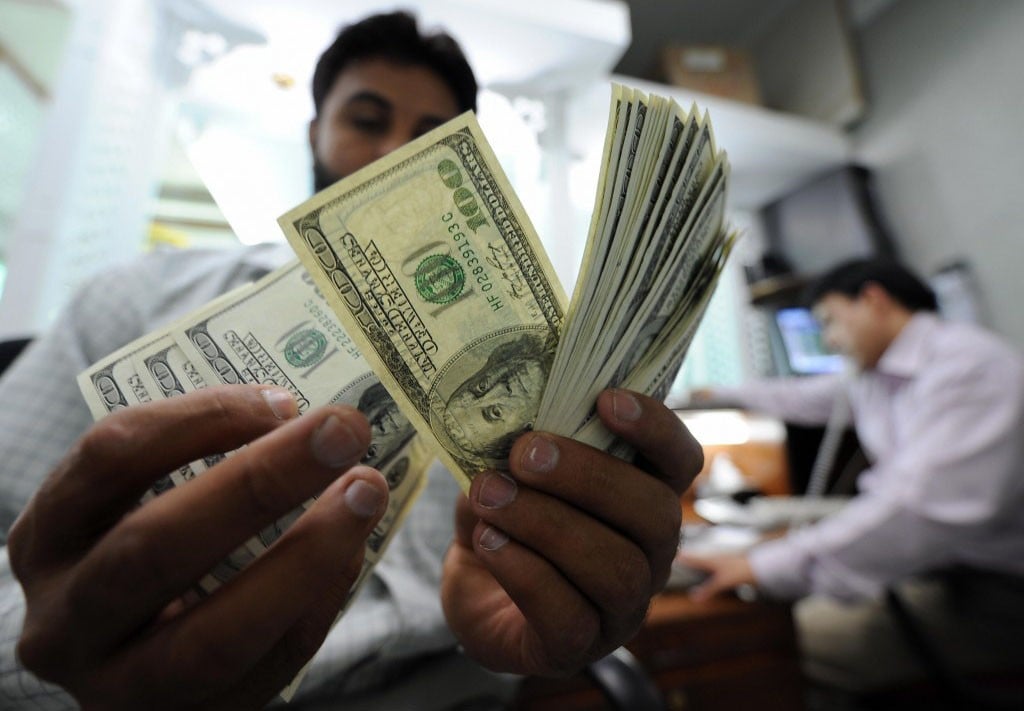 Over the years, Pakistan has experienced a sharp growth in worker remittances which have become a backbone for the country’s economy, giving it the buoyancy it needs.

According to the State Bank of Pakistan’s data, during the first quarter of Fiscal Year 2015-2016, remittances showed a 4 per cent increase where expatriates sent home an amount of $5 billion in July-September FY16 as compared to $4.775 billion during the corresponding period of the last fiscal year.

Pakistan receives the highest amount of remittances from countries in the Middle East -- estimates say that this region makes up for about 70 per cent of Pakistan’s total remittances. Saudi Arabia provided about $5.6billlion in the July 2014-June2015 period, which made for an increase of 19 per cent from the year before that. However, it should be stressed that Saudi Arabia has been pursuing a job nationalisation policy called Nitaqat and Pakistan’s remittances could be impacted severely because of this.

It is said that Pakistan’s remittances might have hit a plateau -- the fact that little has been done to upgrade the skill set of the workforce also makes it more difficult to ensure that Pakistanis get better-paid jobs. The export sector’s performance is particularly dismal -- the Strategic Trade Policy Framework that aims to provide a dramatic turnaround is also lacking in terms of having any solid suggestions for improvement in the wake of an acute electricity crisis and increasing competition in the international market.

However, this is not to downplay the impact of Pakistanis moving abroad to work in places that provide more opportunities and avenues of employment. The recent trend of doctors, corporate professionals and academics going abroad to excel in their respective fields has also captured attention.

Much is being said about the positive outcomes of this -- besides projecting a better image of Pakistan and taking with them the soft culture of the country, such individuals have contributed greatly in making Pakistan’s economy more stable over time by sending remittances back home.

It is believed that this has improved the standard of living for the families of expatriates back home by enabling upward social mobility. The effect, of course, will not be felt immediately but will become more visible over time.

With an unemployment rate of 6 per cent and a population growth rate of 1.6 per cent, Pakistan needs a growth rate of around 7 per cent to absorb the new entrants in the workforce. In this corollary, it can be argued that the migration of skilled and unskilled workers to greener pastures is beneficial.

In the Jang economic session on ‘Role of vocational institutes in export of workforce,’ Central Chairman of Pakistan Tanners, Agha Saidain expressed the view that workers’ remittance helped finance the balance of payment deficit, which is one of the positives of the workforce export.

"Amidst eroding competitiveness and declining exports, the importance of home remittances in our external account equation has increased in recent years, so we should not unnecessarily rock the boat – at least not for now!" says entrepreneur and economic analyst, Dr. Kamal Monnoo.

"Nearly 25 per cent of the total foreign exchange reserves held by the commercial banks have a weight-age of approximately 50 per cent in shape of savings based on the annual remittance cycle. And given that nearly $3 billion of the liquid foreign fund portfolio held in Pakistan is termed (by Moody’s and S&P) as risk-prone and fluid, the importance of regular and consistent inflow of remittances assumes an even higher significance when assessing the ‘solvency’ of the Pak economy — as we know a key ratio for qualifying for any type of fund programme from the likes of IMF," he adds.

Just back in 2011, Pakistan became the fifth largest remittances recipient country in the world. Although, over-reliance on remittances alone to pile up foreign reserves may make for a myopic policy orientation, this makes for a good case to upgrade the skill set of the workforce to enable them to compete better in the international arena.

In an era of increased globalisation and reduced barriers, it has become easier for job-seekers to look for opportunities outside their home countries and these hubs of employment are now finally easing work restrictions for foreigners, which is an encouraging sign -- UAE (construction industry) and UK (overseas nursing) are two examples.

To add to this, the remittances sent back home are more than just financial in nature -- the author, Peggy Levitt in her book, The Transnational Villagers talks about social remittances that migrants take with them when they return to their home countries in the form of various ideas, norms and practices.

Ideas in the area of politics, gender, human rights, rule of law, role of civil society and social development cross borders and are challenged continuously. This also aids nations in their evolution process and helps them set goals to aspire towards.

The brain drain phenomenon is not new to Pakistan, or to the South Asian region. It has always been prevalent and is justified in the wake of availability of more employment opportunities abroad. What matters, however, is the ability of nations to be able to optimise the benefits of exporting its workforce to employment hubs.

At this point in time, taking on an objective view will not only help stabilise the economy but also provide a firm foundation for reforms, enabling growth in the future.

This is an extended version of the article that was published in The News on Sunday, October 25, 2015.