The urge to "give back" drives diaspora professionals who play a positive ambassadorial role, asserting an identity that counters stereotypes 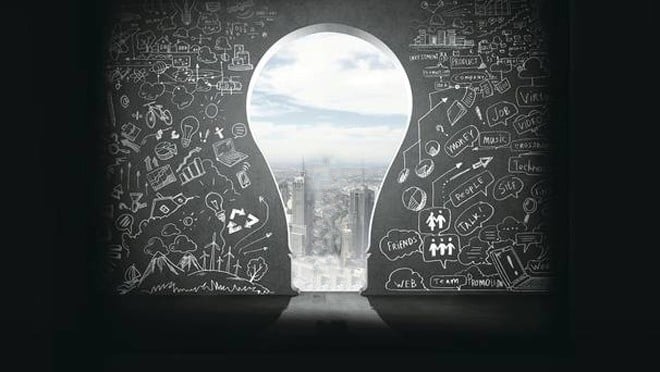 Expatriate Pakistanis constituting the ‘brain drain’ fall into three broad categories -- those who left for employment opportunities, those who fled political or religious persecution, or violence (poor law and order situation, extortion, kidnappings for ransom), and those pursuing higher studies who ended up staying abroad for a job or a life partner.

The ‘brain drain’ refers of course to intellectuals, academics, and white-collar professionals like IT specialists, medical doctors and engineers. Whatever their reasons for living abroad, in today’s globalised world they are among the increasing numbers worldwide who live and work outside their home countries.

The old saying holds true for many of them: "You can take the person out of the country but you can’t take the country out of the person." Expatriates tend to cling to values and traditions from the ‘old days’. Their stagnation rooted in nostalgia is often at odds with developments, changes, and transformations back home.

Those who are able to move with the times help elevate the country’s image and create an understanding about the issues it faces. Many play a positive ambassadorial role simply through their own professional or academic excellence, asserting an identity that counters stereotypes.

Political exiles like Eqbal Ahmad, and other intellectuals and academics forced abroad by the Zia dictatorship (and some earlier, during the Ayub years) have long provided strong support to the struggle for democratic politics in Pakistan.

The acclaimed scientist, Dr Abdus Salam, left Pakistan in protest after the Parliament in 1974 declared his community, Ahmadis, as non-Muslims. Pakistan’s only Nobel Laureate (Physics, 1979) until Malala Yousafzai (Peace, 2014), he always identified himself as a Pakistani. He received his Nobel award wearing Pakistani rather than Western clothes and promoted Pakistan and Pakistanis where he could. In Pakistan, his community is now more persecuted and targeted than ever before.

Diaspora Pakistanis contribute to many other charitable ventures in Pakistan, like fundraising for schools, including custom-built schools. Some initiatives go beyond fund-raising to provide technical expertise and training.

Pakistan’s second Nobel Laureate, too, had to leave the country for security reasons. On the one hand, Malala Yousafzai represents the best of Pakistan: bright, progressive-minded, a young Muslim woman upholding humanity and pushing for education for all. On the other hand, she shot into prominence and was forced abroad because of her stand against the worst of Pakistan -- narrow-mindedness and violence in the name of religion.

Moving beyond moral, fiscal and technical support for charitable causes, Pakistani expatriates started getting into politics in the 1990s. The 9/11 attacks in New York pushed many to assert their identity as progressive Muslims and Pakistani-origin citizens of the adopted country. The slogan "Not in our name" -- a rallying cry of anti-war protestors around the world -- applies equally to Muslims and Pakistanis who denounce violence in the name of Islam.

That was when they started to actively support human rights and women’s rights activists on the ground in Pakistan. An example is the Asian American Network Against Abuse of Human Rights (AANAA), launched by Amna Buttar from Lahore and Zaffar Iqbal from Karachi, physicians settled in the USA. They registered AANAA in 2002 as a non-profit organisation in order to provide financial and moral support to activists in Pakistan.

Some expatriates were politically re-energised during Gen. Musharraf’s rule -- particularly after the 2006 "murder of Akbar Bugti," as Dr Mohammad Taqi recalls. A well-known progressive activist, writer and physician in Florida he was among "the last half of the MRD generation" (the Movement for the Restoration of Democracy in the mid-1980s), and had moved to the USA in the mid-1990s.

Gen. Musharraf’s Emergency of 2007 was a turning point for many. A realisation emerged that outliers like Asma Jahangir and I.A. Rehman had been right all along: a dictator is a dictator and cannot improve democracy or democratic values. No matter how liberal a dictatorship looks, it will take a country backwards.

Read also: Exile for me and others by Raza Rumi

The ‘lawyer’s movement’ seemed a good opportunity to move politics forward. The American Pakistani Physicians for Justice and Democracy that emerged from the largely conservative Association of Physicians of Pakistani Descent of North America (APPNA) actively supported the black coats. The sub-group disbanded in 2008 as the right-wing elements took over the lawyers’ movement and began to undermine political parties, particularly the Pakistan People’s Party (PPP), says Dr Taqi.

The urge to "give back" drives diaspora physicians and other professionals to contribute to the health and education sectors in Pakistan, financially and through technical training and mentoring.

Diaspora physicians played a major role following natural disasters like the Kashmir earthquake of 2005 and the floods of 2010. Many expatriate doctors continue to regularly visit Pakistan to specifically volunteer their services for poor and marginalised communities, including in difficult, far-flung areas.

Diaspora Pakistanis contribute to many other charitable ventures in Pakistan, like fundraising for schools, including custom-built schools for The Citizens Foundation.

Some initiatives go beyond fund-raising to provide technical expertise and training. These include Middle East-based entrepreneur Arif Naqvi’s Aman Foundation in Karachi, providing health, education and skills training to underprivileged youth. Khyber Medical College alumni in America donated two life-saving ambulances in Peshawar and one in Swat, and are training medical staff in trauma and disaster. Dow alumni started and run the charitable Indus and Koohi Goth Hospitals in Karachi.

Some diaspora Pakistani academics also regularly teach in institutions back home. Adil Najam served as Dean of the Lahore University of Management Sciences before returning to Boston University recently. His book Portrait of a Giving Community: Philanthropy by the Pakistani-American Diaspora (2006) details ‘a generous and giving community whose philanthropy has become increasingly "American" without being less "Pakistani"’.

Many diaspora Pakistanis would like to visit more regularly or to live and work in Pakistan for longer terms but are kept away by the insecurity and lack of opportunities. There are too many chilling examples of those who faced threats, extortion, kidnapping for ransom -- or were target-killed for their faith.

Besides being vulnerable to such violence, those who work beyond social issues to engage with more political issues in Pakistan face an additional threat from hyper-nationalists. This dirty tricks brigade (DTB, my term for the self-proclaimed defenders of Pakistan’s ideology and ‘honour’) is more anxious about the country’s "image" than about actually working to create conditions that would speak for themselves.

In the case of diaspora Pakistanis, the DTB has an extra weapon. The ugly debate on dual citizenship recently forced several expatriates working in Pakistan to give up politics there and return to their adopted countries.

Pakistan may be inching -- frustratingly slowly -- in the right direction. But the conditions that drive educated, qualified Pakistanis abroad are unlikely to change anytime soon. For the foreseeable future, Pakistan’s brain drain will remain a blessing, arising from a curse.