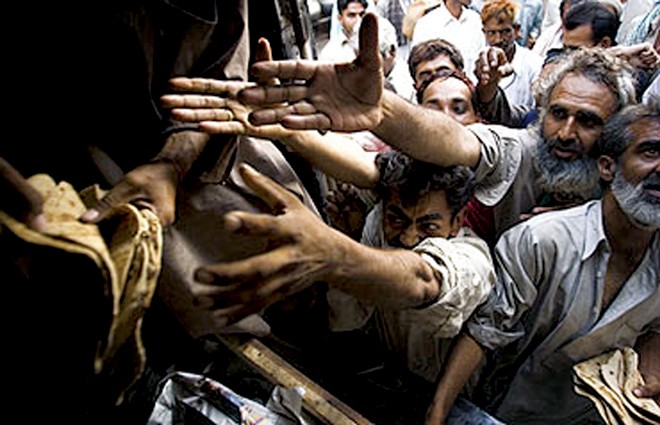 Social movements and civil society organisations are increasingly becoming aware of the ‘corporate capture’ of the international and national food and nutrition policy spaces, particularly since the food price volatility crisis of 2007/08. The global establishment led by the United States, United Kingdom, Canada and other like-minded governments, and supported by high-level United Nations officials, reacted by becoming increasingly aggressive in proposing more of the same policies that had led to the crisis.

In 2008, the UN Secretary General established a High-Level Task Force on the Global Food Security Crisis (HLTF) to tackle the crisis. The World Bank and the World Trade Organization (WTO), which were clearly part of the problem, were included in this task force. Two months later the G8 launched a parallel public-private partnership (PPP) initiative called Global Partnership for Agriculture and Food Security, with a strong participation by the corporate sector -- despite that being part of the problem.

Prior to the above mentioned food crisis there were several attempts by members of the Organisation for Economic Co-operation and Development (OECD) to: 1) reduce the political mandate of the UN Food and Agriculture Organization (FAO); 2) dismantle the Committee on World Food Security (CFS); and 3) close the UN Standing Committee on Nutrition (SCN). The OECD members believed that only the liberalisation of international trade would guarantee food and nutrition security (FNS), with no need for global governance.

In 2009, the corporate capture process gained impetus from the World Economic Forum’s (WEF) decision to invest in the Global Redesign Initiative (GRI). The Scaling Up Nutrition (SUN) initiative is the most developed of these, having 123 businesses as members. SUN argues that donors will not support nutrition as long as different ideas are publicly debated, and suggests that only issues with global consensus should be focused on. This implies technical issues and not those concerned with political (non-neoliberal) content.

‘Medicalization’ and product-based approaches were boosted at the 2008 SCN annual session by Doctors Without Borders (MSF). Excessive attention to food supplements (like in the case of food aid when food surpluses were ‘dumped’ on developing countries) has been shown to negatively impact the healthy eating practices and local producers. The criticisms of the SCN civil society constituency to the multi-partner Global Action Plan for Scaling up Nutrition (GAP), proposed by the World Bank, went along the same lines. They simply questioned the lack of a human rights orientation of both initiatives, and their heavy emphasis on using products such as RUTF and food supplements. The companies providing these are usually based in Western Europe and Northern America.

The GRI also established the Global Agenda Councils on Food Security and on Nutrition that are mainly composed of members directly or indirectly connected to TNCs or international institutions like the World Bank or WTO. The Councils have, for instance, representatives of Bunge, Coca-Cola, Nestlé, PepsiCo, and Unilever as their members. This illustrates the corporate capture of the food and nutrition agenda setting and governance.

Historically, peoples’ struggle against abuses of power by the ‘sovereign’ led to the creation of human rights principles and standards for all and not just the elite.

The establishment of SUN did not change the fact that the social, economic, political and cultural causes of malnutrition remain unaddressed. It also fails to address the differences within the nutrition community regarding, inter alia, the definition of priorities and the planning of policies and programmes to address malnutrition. In reality, this development has masked the differences existing between conceptual frameworks, worldviews, and policy proposals by suppressing debate and devaluing the views of a significant proportion of the nutrition community. Effective and efficient policy options cannot be made, much less put in place, when an untested neoliberal approach is the only one allowed to be aired in public.

Historically, peoples’ struggle against abuses of power by the ‘sovereign’ led to the creation of human rights principles and standards for all and not just the elite. They are part and parcel of the shift to peoples’ sovereignty that legitimizes the governing role of national states, and indirectly the UN, as an expression of people’s will. People’s sovereignty is the source of states’ obligations to respect, protect and fulfill (promote, facilitate and provide) all human rights, and to recognise their indivisibility and interdependence. This clearly includes the obligation of states to prevent human rights abuses through regulation and to hold those responsible accountable at national and international level -- be they petty criminals or large corporations.

The ongoing corporate capture of nutrition threatens the achievement of food sovereignty and the full emancipation of women. The corporate capture of nutrition brings with it industrialised food supplements, nutrient pills and powders, and other means of food fortification that do not serve public health goals. While GMO crops like Golden Rice claim to solve global malnutrition problems, they are actually a stunt to silence critics. Meanwhile, the food sovereignty movement advocates food and nutrition as inseparable entities, and links food, health and nutrition with the health of the planet.

SUN’s agenda takes us further away from the establishment of collectively managed, socially, economically and environmentally sustainable local and regional food systems based on agro-ecological principles that are capable of producing and offering a diversified, safe and healthy diet to all in line with their cultural and religious practices. This would help guarantee that all human beings can reach their full human potential.

Corporate capture is a ‘life grab’. Clear signs of this threat were observed during the preparatory and follow-up processes to the Second International Conference on Nutrition (ICN2), held in Rome in November 2014. Civil society clearly proposed that the UN-CFS should be the overarching intergovernmental policy space to harmonise and coordinate food and nutrition policies. They also suggested that the WHO and FAO intergovernmental governing bodies should coordinate the normalisation, regulatory and standard setting initiatives for food and nutrition.

For all these reasons, and taking into account the need to face this corporate capture of the food and nutrition policy space, and of the right to food, FIAN International, the social movements and civil society organisations that constitute the Global Network for the Right to Food and Nutrition (GNRFN) have interpreted the right to adequate food and nutrition as embedding food sovereignty, the full realisation of women’s human rights, and the indivisibility of all human rights. This revised conceptual framework of the right to adequate food returns the ownership of human rights to the peoples.