Red and green scores for the ministries on the implementation of the vision and much else... 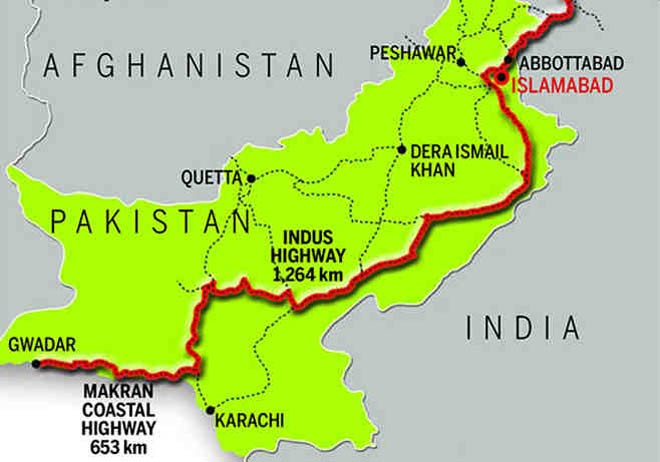 While the Ministry of Planning and Development has made efforts to initiate projects promised by PML-N manifesto in 2013, their timely completion and outcomes are yet to be seen.

The manifesto promised a national literacy movement and formulation of Vision 2025 for Pakistan’s education system apart from a uniform educational system in the country.

"National Education Emergency will be declared to eradicate illiteracy on a war-footing," promised the PML-N. It also aimed at a threefold increase in the overall expenditure on health to at least two per cent of GDP by 2018, while promising a comprehensive National Health Service across Pakistan.

While the Planning Division has launched Vision 2025 in the country, it does not specifically address the required effort for immediate reforms in the education sector, nor has the government imposed a national education emergency.

However, the government launched ‘Ilm Pakistan’ initiative with the pledge to make the country a cradle of knowledge by incorporating cooperation endeavours in the field of education, IT and science and technology.

"The country was in dire need of a shared vision as in the post-18th Amendment scenario, the process of economic planning and development was almost directionless," says Dr Nadeem Javaid, Chief Economist at the Planning Commission. "The Ministry launched Vision 2025 to steer the long-term planning and development of the economic and social sectors of the economy," he adds.

These targets give a broader description of issues to be resolved, including poverty eradication, education, health, infrastructure with a consensus from all provinces. It has also narrated the 11th Five-Year Plan. So far, Vision 2025 is in its early implementation phase; however, it has already caused differences amongst other governmental departments.

"Ministries will get red and green scores on the implementation of Vision 2025," Ahsan Iqbal, the minister for planning and development, recently stated. However, a tug of war began last week, with two key federal ministers voicing against the division for unnecessarily delaying the energy-related projects.

China-Pakistan Economic Corridor (CPEC) consists of a number of projects which include 10,400 megawatts of electricity through coal, nuclear, and other renewable sources.

The PML-N had also promised a number of steps for the promotion of trade and strengthening of economy. "It [PML-N] will revive the economy, double the GDP growth to over six per cent, reduce budget deficit to four per cent, reduce the country’s dependence on foreign loans and assistance, revamp state enterprises, decrease tax rates, ensure lower interest rates, and make Pakistan emerge as one of the top 10 economies of the world in the 21st century," said Prime Minister Nawaz Sharif while launching the party’s manifesto in 2013. He had also promised permanent elimination of circular debt, 10,000 megawatts of electricity generation and ending load shedding in three years.

As the government has reached the halfway mark in its tenure, the GDP growth remains at 4.2 for the fiscal year 2014-15. Similarly, the budget deficit has also remained 5.3 per cent. Moreover, there has been an increase in the taxes while the interest rate has decreased. Yet, the overall economy has taken a somewhat better shape according to independent analysts in the country.

"Planning Commission has made efforts to align the Public Sector Development Programme (PSDP) with the priorities outlined in Vision 2025 besides resolving the prolonged issue of throw-forward to a large extent," says Javaid. "During the last two years, Central Development Working Party (CDWP) meeting was convened 28 times and it approved 262 projects valuing Rs219 billion. Similarly, 19 meetings of ECNEC were held and they approved 144 projects valuing Rs 4,460 billion during this period. Out of these 406 projects, 151 are major projects, which are related to energy, infrastructure and higher education", adds Javaid.

"Better scrutiny of these projects by the Planning Commission rationalised the cost of these projects to the tune of Rs 561 billion, resulting in equivalent savings, thus, lessening the burden on the national exchequer," he claims.

The Planning Commission also oversees projects under the China-Pakistan Economic Corridor (CPEC). CPEC, launched in April 2015, is one major contribution of the Planning and Development division. A project with estimated cost of $46 billion, it is considered as the game-changer in the region. The project is expected to connect Gwadar in Balochistan to Xinjiang, China through a number of road and rail links.

CPEC consists of a number of projects which include 10,400 megawatts of electricity through coal, nuclear, and other renewable sources, a fiber optic cable, upgrades and development of transport and communication infrastructure. It also includes projects to address climate change, joint researches and cooperation between various governmental entities in both the countries.

The projects, such as Karachi-Lahore, Gwadar-Ratodero, and Hazara Motorways, Orange Line in Lahore and upgrading of Gwadar International Airport are likely to be completed by 2017. "The early harvest projects of CPEC will be completed by December 2017 and bring a transformational change by solving the problems of energy and infrastructure sector," said Ahsan Iqbal recently.

Another major effort by the PML-N government includes civil service reforms by introducing tangible Key Performance Indicators (KPIs) and implementing Performance Management System in all the major ministries. Similarly, Sustainable Development Goals were recently launched by the Planning Commission where an MoU was signed with the United Nations for the implementation of SDGs in Pakistan.

"The Planning Commission has prepared 11th Five Year Plan (2013-18) in partnership with stakeholders with a focus on the revival of the economy," says Dr Nadeem Javaid.

There are critics of what the ministry is doing. "You may bring in a new vision, policy or an idea, but it does not mean you should discard the previous policies in entirety," says Dr. Nadeem ul Haque, former deputy chairman of the Planning Commission who feels that every new government discards the previous policies completely. "In fact, the role of the Planning Commission is very important yet it continues to do what it has always been doing. The things are as they were in the last government or before," he adds.