Of reserves, taxes, bonds and more 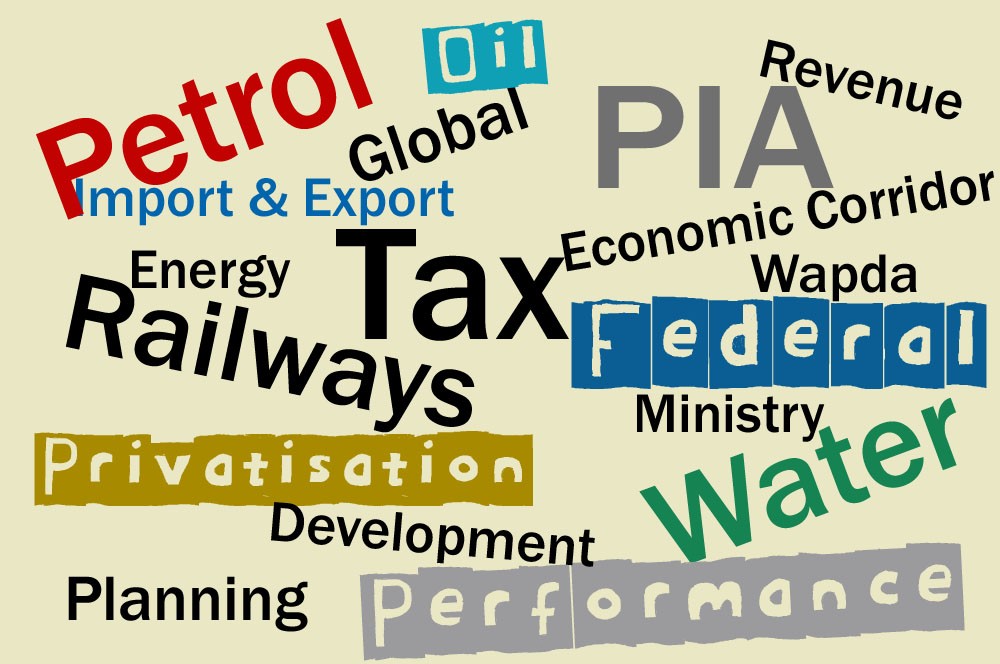 Pakistan’s economy was in a bad shape in 2013 where only basic structural improvements, if implemented seriously, could steer the economy out of trouble. As the oil prices declined in the international market, it was time for undertaking structural reforms.

Structural bottlenecks on the supply side, such as provision of sufficient power and gas supply to the industrial sector, simplifying tax procedures, overcoming red-tapism and increased cost of doing business had virtually strangulated the economy. That required a serious set of reforms.

After winning the last general elections, the PML-N government appointed Ishaq Dar as Finance Minister who presented the first budget of the government, keeping in mind that the country would be entering into the IMF loan programme. Islamabad successfully negotiated and obtained $6.64 billion bailout package under 36 months Extended Fund Facility (EFF).

Under the IMF programme, Pakistan committed to take three major steps: building up foreign currency reserves through all possible avenues, including spot purchase of dollars by the central bank, overhauling cash bleeding power sector, and broadening the tax base in the context of low tax-to-GDP ratio.

Pakistan had borrowed heavily from other creditors, such as the World Bank, Asian Development Bank, Islamic Development Bank, and launching of the international bonds both Eurobond and Sukuk bond to increase its foreign currency reserves.

On the macroeconomic front, the government claimed achieving GDP growth rate of 4.24 per cent in the last financial year but many independent economists raised questions on the authenticity of figure released by Pakistan Bureau of Statistics (PBS).

Dr Ashfaque H. Khan, eminent economist, tells TNS that the country’s GDP growth is standing at 3.5 to 3.7 per cent on an average despite the number released by PBS to show that the economy was growing by over 4 per cent. "It was not an original figure but it was a farmashi growth," he says.The large-scale manufacturing (LSM) remained unable to perform up to its potential due to energy shortage.

Pakistan’s inability to generate revenues had put the country into a danger zone because fiscal wastefulness leaves the country dependent on obtaining loans to run the affairs of the state.

The tax-to-GDP ratio, standing at over 9 per cent of the GDP, cannot fulfill the requirements of the country. The FBR has so far failed to deliver to broaden the tax base despite making tall claims that they sent out notices to 0.2 million potential tax dodgers.

The budget revolves around three Ds: defense, debt-servicing, and development. The generated revenues meet the requirements of defense and debt-servicing after distributing financial resources among the federating units under the latest NFC formula. Only two options exist, either to continue with higher borrowing by continuously expanding the begging bowl or generate more taxes to fulfill the promise of self-reliance.

Independent economists argued that the budget deficit had worsened in Pakistan under the IMF programme because for fiscal year 2012-13 the PML-N government added Rs329 billion of circular debt in order to show the deficit at over 8 per cent of GDP.

On the macroeconomic front, the government claimed achieving GDP growth rate of 4.24 per cent in the last financial year but many independent economists raised questions on the authenticity of figure released by Pakistan Bureau of Statistics.

Pakistan’s fiscal deficit worsened and came close to 8 per cent but the government manipulated to show low deficit. Therefore, deficit of these 2 years is not comparable with the deficit of 2012-13.

However, despite these allegations, the IMF granted a clean chit to the economic managers as the fund’s mission chief stated that a slight adjustment was made in the budget deficit but it did not affect the trust of the IMF on the officially-released fiscal deficit figure by Islamabad.

But the financing to bridge this deficit is another risky path because of our inability to generate desired revenues to fulfill all fiscal obligations. The heavy reliance on domestic commercial banks borrowing has caused crowding out of private sector from getting loans from banks because bankers loved to invest in guaranteed instruments of T-bills and PIBs knowingly that the government had become a desperate borrower.

Despite not taking any corrective measures, the inflation dropped in recent months and touched 1.34 per cent for September 2015, mainly because of the declining oil prices. The country’s current account deficit also improved. But these gains were not translated into putting the country on a sustained path of growth trajectory mainly because of inbuilt weaknesses within the structure of our economy.

The declining exports, imports and lowest tax-to-GDP ratio within this region are the major challenges being faced by the country’s economy. The exports declined by 14 per cent in first three months of the current fiscal year, which is posing a serious threat in the wake of getting incentive by the country on account of GSP Plus from the European Union. The increased debt burden poses another important challenge to the economy.

On social sector indicators, the Pakistan Social and Living Standard Measurement (PSLM) survey showed that literacy rate declined from 60 per cent to 58 per cent. Despite disbursing multibillion rupees among the poor under Benazir Income Support Programme (BISP), the government is not releasing the latest poverty figures.

Former Finance Minister, Dr Hafiz A. Pasha, believes the government’s performance remained mixed during the last two and a half years rule as the biggest failure of the government was controlling the circular debt that again increased to Rs650 billion.

National Electric Power Regulatory Authority (NEPRA) report shows that there is no improvement in power generation. The biggest success, he said, was lowering inflation because of government as well as reduced international prices.

Dr Pasha said that the National Economic Council (NEC) approved 19 targets on macroeconomic front, including balance of payment (BoP), GDP, inflation, investment and savings, out of which the government delivered on 7 targets and failed in case of 12 targets in the last financial year.

Of reserves, taxes, bonds and more