The portentous fall in Kunduz 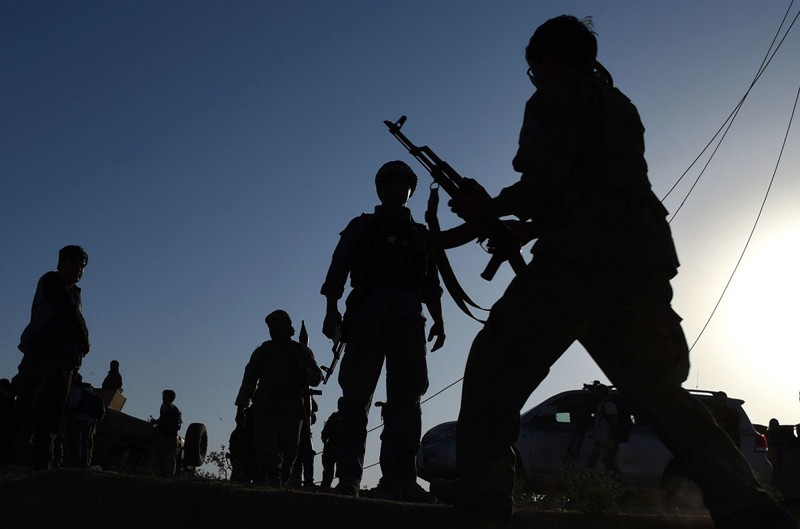 The fall of Kunduz city to the Taliban on September 28 set a benchmark by which the situation in Afghanistan would be judged in future.

Though the Afghan security forces with much-needed help from the US Special Forces and Nato airpower subsequently wrested back control of most of the strategically important city, Taliban fighters continue to lurk in its suburbs and undertake hit-and-run attacks. Henceforth, Taliban would continue to threaten Kunduz and it is likely the city would change hands depending on the strength of the two sides at a given point in time.

Taliban had tried to overrun Kunduz city in September 2014 and then in April 2015 when they managed to reach its outlying areas. The Taliban threat to Kunduz city, capital of Kunduz province, had been steadily increasing. They had captured a few district headquarters such as Chahardarra near the city, and also Dasht-i-Archi and Imam Sahib. The Khanabad and Qala-i-Zal district centres too were threatened and later captured.

The see-saw battles for control of Kunduz, which is the only Pashtun-majority province in northern Afghanistan, have become a way of life and a matter of much concern and suffering for its population. Compared to 34 per cent Pashtuns, Kunduz is 27 per cent Uzbek and 23 per cent Tajik besides other smaller ethnic groups and, therefore, the loyalties and political preferences of its residents are divided. This has created deep fault lines because the different ethnic groups are forever competing for power and resources.

The situation deteriorated when the US began recruiting militiamen, mostly non-Pashtuns to fight the Taliban. Ethnic divisions deepened when the militias, also known as "arbaki" were accused of taking law into their hands and settling old scores.

The importance of Kunduz for the Taliban is due to its location far away from their traditional strongholds in southern and eastern Afghanistan that shares border with Pakistan. Taliban, who are overwhelmingly Pashtun, have always been relatively weak in northern Afghanistan among the non-Pashtuns such as the Tajiks, Uzbeks, Turkmen and Shia Hazaras. The growing strength of Taliban in the north as well as in western and central Afghanistan showed that many non-Pashtuns have also joined them.

Though no precise figures are available, some media reports claimed 500 Taliban fighters stormed Kunduz city and forced 7,000 personnel of the Afghan National Army, Afghan National Police and the militia, known as Afghan Local Police, to flee.

Though no precise figures are available, some media reports claimed 500 Taliban fighters stormed Kunduz city and forced 7,000 personnel of the Afghan National Army, Afghan National Police and the militia, known as Afghan Local Police, to flee. The poor performance of these forces in battle has raised alarm as the worst fears of many regarding the fragility of the 400,000-member strong Afghan National Security Forces (ANSF) seem to be turning out true. The US has spent an estimated $65 billion on training and equipping the ANSF, but they failed to resist the outnumbered and largely ill-equipped Taliban fighters. As many analysts noted, the Taliban were fighting for a cause while the Afghan soldiers appeared demoralised as this was evident earlier from the unusually high desertion rate from the ANSF.

The Kunduz debacle embarrassed the Afghan unity government and triggered a bitter debate and a blame-game as those in power and in opposition blamed each other for the setback. Demand for resignation of President Ashraf Ghani and Chief Executive Officer Dr Abdullah was made in and outside the parliament. In the Parliament, the MPs have been critical of the military commanders and the civilian administrators of Kunduz for being unable to put up a fight against the Taliban. This forced the government to announce that action will be taken against those found guilty. Governor Omar Safi, who was abroad on vacations when Kunduz fell, was sacked and an acting governor was appointed. Other officials too are being replaced. Four new governors of the increasingly vulnerable northern provinces were appointed to tackle the Taliban threat.

Many Afghans termed it an international conspiracy. The US and regional intelligence agencies blame primarily Pakistan’s ISI for the fall of Kunduz. This is despite the fact that Kunduz is located on the border with Tajikistan -- around 500 kilometres from the Durand Line border with Pakistan. Taliban fighters entering Afghanistan from Pakistan to join the battle in Kunduz would need time, resources and guile to cross the scores of roadside checkpoints on the way.

Others saw it as an internal conspiracy hatched by officials who are part of the unity government. Interior Minister General Noorul Haq Uloomi, a former communist, claimed that many personnel of the security and law-enforcement agencies had a role in the debacle. In the past also, the minister has been saying that enemies of Afghanistan had a hand in the violence taking place in southern Afghanistan while ‘friends’ (meaning Afghan warlords) were responsible for the problems in northern Afghanistan.

The fall of Kunduz could pave the way for longer stay of the foreign forces in Afghanistan as it was only with their help that the Afghan forces were able to confront the rampaging Taliban. CEO Dr Abdullah has already made a case for the stay of US forces in Afghanistan beyond the cut-off date of 2016. Under President Barack Obama’s existing plan, only 1,000 military personnel would remain in Afghanistan post-2016 and operate from the US embassy. General John Campbell, the commander of the around 14,000 US and Nato troops in Afghanistan, has proposed some options for gradually reducing the number of troops over the next 15 months instead of pulling them out in bulk.

The airstrikes by US warplanes that hit the 200-bed hospital run by the Medicins Sans Frontieres, also known as Doctors Without Borders, in Kunduz and caused the death of 22 people, including 12 hospital staff of whom four were doctors and several patients, resulted in agony in Afghanistan and rise in the anti-US sentiment in the country. The attack has been widely termed a war crime, though similar incidents in the past in which Afghan civilians were killed and maimed were soon forgotten. The principled and tough stand taken by the MSF head on the issue and his demand for an international inquiry has put the US in a quandary because as usual it wanted to keep things under its control by ordering an internal probe. The incident could likely lead to curtailment of US airstrikes and thus help the Taliban cause.

The fall of Kunduz strengthened the position of their new head Mulla Akhtar Mohammad Mansoor as it was under his command that the Taliban captured the first major city since the collapse of their regime in 2001. The charge was led by Mulla Abdul Salam, Taliban shadow governor for Kunduz who is close to Mansoor and was among the first important Taliban field commanders to announce allegiance to him as their late supreme leader Mulla Mohammad Omar’s successor. Earlier, Mansoor’s position was bolstered by the Ghazni jailbreak when Taliban fighters secured the release of 355 prisoners, including 148 held on political and terrorism charges. It is now obvious that Mansoor’s opponents in the Taliban movement would have to either accept his leadership or become inactive as opposing him in the wake of the Kunduz battle would be unpopular with the Taliban rank and file. The opposition to Mansoor was earlier rendered leaderless when Mulla Omar’s family changed its stance and accepted Mansoor’s leadership.

The battle for Kunduz has dashed any hopes of resumption of peace talks between the Taliban and the Afghan government. Both sides are presently in a furious mood and unwilling to talk. Taliban have been emboldened by their success in Kunduz, even if for a brief period, and also the fall of more than a dozen district headquarters, mostly in northern Afghanistan. The Afghan government is now under pressure to strengthen its defences and keep Taliban at bay. This would delay further peace talks as a follow-up to the first round held in Murree on July 7 following Pakistan’s success in persuading the Taliban to agree to the dialogue.

The portentous fall in Kunduz