Limits on the cost of local body elections 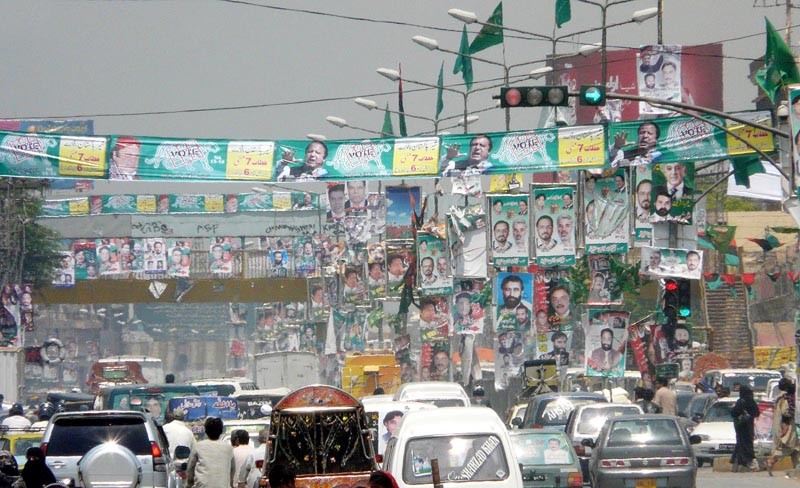 After almost five years of deliberations, the Election Commission of Pakistan (ECP) has finally set up the Political Finance Wing (PFW) -- to ensure transparency and accountability of assets, liabilities and campaign expenses incurred by contesting candidate. But only the forthcoming local government elections will show how effective its agenda is.

The Wing is currently active only at the ECP head office in Islamabad.

PFW, the first of its kind in the history of ECP, is part of the Strategic Plan 2010-2014 of the commission. "As per plan, it was imperative that the ECP shows maximum openness and also makes political parties and candidates accountable for their actions. Financing of political parties and candidates is one area that needs serious deliberation, alongside expenditure on election campaigns, donations received, managing campaign spending, and accuracy of reporting," an ECP official says.

While formulating this plan, the official says, there was consensus among the political parties at the national consultation to have a defined ceiling for election expenditure. It was under this plan that a complete ban was proposed on hoardings and banners and the size of posters and handbills was defined and strictly followed.

The official says only a good code of conduct for political parties and contesting candidates will control election expenditures. "The ECP is discussing legal support to this wing to make it more effective and practical," he adds.

Gradually this newly-established PFW of ECP will work in coordination with the Federal Board of Revenue and other organisations on the verification of expenses and liabilities of the elected representatives at different tiers. PFW, the official says, would probe into the expenditure and sources of income of political parties, and those of members of assemblies and parliament.

Ahmed Bilal Mehboob, founder president of Pakistan Institute of Legislative Development and Transparency (PILDAT), while talking to The News on Sunday says the past experiences do not show a bright record -- of practicality and full implementation of the electoral reforms.

He recalls the political forces resisting such reforms in the past. "Without empowering the Wing, the effort will go no where," he says, continuing that along with this, "we need to reform the ECP."

He says India empowered its election commission long time ago and their political finance wing is functioning effectively. The Indian election commission has representatives and agents in every constituency to check, observe and monitor expenditures. He says Pakistan needs to first build the capacity of the commission and then empower it with effective legislation to ensure a smooth electoral system.

Currently, there is no law requiring political parties to disclose election expenses; no ceiling has been fixed on their election expenses and no regulation on electronic media and guidelines thus allowing parties to spend unlimited amounts on local channels and no law on sources of donations to contesting candidates. Also, prescribed punishments and sanctions for corrupt and illegal practices are quite lenient. There is currently no mechanism to track expenditure on election campaigns by supporters. At most, the law states that any expense that is incurred on behalf of the candidate shall be counted towards the candidate’s election expenses.

The efforts of setting up this Wing within the ECP were also made in 2010-2011. However, political opposition in 2012 halted all efforts towards its creation. Rules were set during the Pervez Musharraf regime for legislators to file their statements of assets and liabilities every year. However, the ECP still faces challenges in acquiring statements because it has no legal power to take action, except suspend their membership for some time. Further, there is no legal support to verify these statements.

Kanwar Dilshad, former secretary ECP, declares formation of the PFW a welcome step. "However, the most important aspect of this development will be the Wing’s functioning. Will it be empowered enough to check assets and liabilities of parliamentarians and monitor the election campaign expenses? It would be difficult for PFW to survive without effective legislation passed by the same parliamentarians that may ultimately be targets," he maintains.

"Without teeth, the PFW will prove futile," he says.

The Wing, he suggests, must coordinate with National Accountability Bureau, Federal Investigation Agency, Federal Board of Revenue and other relevant agencies and organisations. He recalls that in 2009 similar reforms were also suggested but the government did not pay much heed. He proposes that the ECP be empowered through legal reforms in related sections of People’s Representatives Act of Pakistan.

Political finance is an umbrella term, which, at the very basic level, means money related to politics. Money in politics is required for election expenses and day-to-day operations of political parties and candidates. Political finance has a crucial role to play in any democratic nation and as such requires a deeper level of understanding and ownership.

According to studies as many as 58 countries in the world, mostly European, have a public financing model in place. Private funding along with public funding is allowed in countries such as UK, USA, France, Egypt and Italy, to name a few.

The United Nations Convention against Corruption (UNCAC) has also included an appeal that all countries should strive to "enhance transparency in the funding of candidatures for elected public office and, where applicable, the funding of political parties". According to a UN survey of 107 countries, 61 countries do not have formal disclosure requirements for the income and expenditure of candidates. Global experience also indicates that regulation and monitoring by the government agencies is not sufficient; an active civil society and vigilant media is necessary if effective oversight is to be achieved.

The timing of the formation of the political finance wing within the ECP is crucial as local government polls are scheduled in Punjab and Sindh in three phases this October, November and December. Experts say these elections would be the Wing’s first test.

Limits on the cost of local body elections