What is the actual impact of new Pakistani films beyond the border? Instep talks to overseas Pakistanis and film buffs of various nationalities in Dubai to find how they are reacting to it 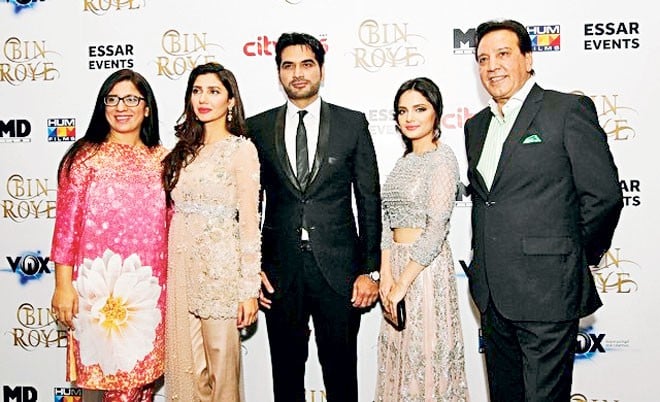 Dubai has historically been a buzzing market for Indian, especially Bollywood, films. Indians have relished a home away from home, finding homely solace in movies that bring sights and sounds of their homeland to the faraway desert land. With this new age of Pakistani cinema, there is finally cinema that Pakistanis in Dubai can relate to a little more; it’s cinema that reminds them of their home and their people.

Having said that, it is not just the Pakistanis who anxiously wait for films to release in this region. There are other nationalities, especially Indians, who are equally fond of what contemporary Pakistani cinema has to offer. A South Indian colleague of mine, who barely understood the meaning of the words Bin Roye, booked the tickets of the film in advance as he was smitten by Mahira’s beauty since he saw Humsafar. Another Indian colleague asked after watching Dekh Magar Pyaar Say: ‘Is Lahore really that beautiful?’

I remember the time when the Best-Film category was dropped from the annual Lux Style Awards ceremony because no film (worth nominating) had released that year. And now, in just a few years time we have a plethora of options to actually select a nominated list from. The entire scheme of things sounds so promising: multinational corporations are showing interest in film projects and financing them. Films like Seedlings and Dukhtar received critical acclaim at international film festivals and this year Moor is being sent off as Pakistan’s official Academy Award submission.

Pakistani cinema is finally rolling in and churning out some exciting and some average projects. Whether there is a cult film like Manto or a mindless comedy like Wrong Number, the new film industry is diverse, offering something to everyone, everywhere, locally and abroad.

With channels like Zee Zindagi and Hum MENA, the familiarity of Pakistani stars in the Gulf has also grown tremendously. Amongst a bevy of OTT Indian soaps, Pakistani dramas have proved to be the real TRP generators because according to Middle-eastern audiences, Pakistani dramas have a firm grip on the tribulations of real life and they look real. Perhaps this is the reason that all the recent film projects have television stars such as Mahira Khan, Humayun Saeed, Danish Taimoor, Ayesha Omer, Fahad Mustafa, Saba Qamar and Sarmad Khoosat etc in leading roles. Infact, it wouldn’t be wrong to say that the recent revival of films in Pakistan is riding on the success of the television stars!

To measure the impact of Pakistani films in an overseas market, Instep spoke to a cross section of movie goers in the UAE, from influential magazine editors to cinema managers to a normal spectator. All the replies have one common message and that is hope. A hope to see Pakistani films upping the entertainment quotient and challenging the norms just like our dramas and music. Here is what they have to say:

"Finally, the new wave of Pakistani cinema is here. It is encouraging, heart-warming and terribly exciting. Remember how we questioned the revival of Pakistani cinema many moons ago? Will it be able to sustain itself, heal itself, better itself? Now, look, it’s actually happening - from Shah, to Moor, and many others - independent Pakistani filmmakers are going the distance by producing quality films with depth. That being stated, at this crucial point in the local film ‘scene’ (not industry, yet), one should not laud a mediocre home-grown production just because it carries with it the ‘made in Pakistan’ stamp. Independent filmmakers need to continue striving for excellence by pushing boundaries and challenging themselves. Time to jump out of that average rut."

"The Pakistani film industry always had wings; it has now begun to fly. First, Zindagi redefined the TV viewing experience in India by bringing us the shows. Though content and treatment has been raised as a concern in films like Bin Roye and Dekh Magar… what stands out for me is how these have been marketed. The buzz generated by these films proves that the Pakistani film industry is leaving small but noteworthy footprints. Manto, I believe, will mark the next stage in Pakistani cinema where it will delve upon more complex narratives."

"Honestly, I was tired of hearing the word REVIVAL every year. I think we had over-used and misused it. Firstly it was tagged with Khuda Kay Liye then Love Mein Ghum and then Bol. But nothing seemed to be reviving. In any industry, a consistent attempt to deliver brings a revival. And in 2015 we did just that. With all sorts of good and bad films releasing nation-wide and internationally, they are being sent to participate in festivals and new faces and concepts are being introduced. This is how it should be. Watching Mahira Khan and Humayun Saeed’s Bin Roye’s poster next to Salman Khan and Kareena Kapoor’s Bajrangi Bhaijaan in Dubai Mall, is revival."

"The Pakistani film industry has come a long way and is now becoming a field of opportunities for actors who want to progress to the next level, without crossing borders. It is certainly a matter of pride, but more importantly it is a reminder of culture, traditions and values that we as an expat sometimes forget. Recent releases have been a mix of drama and comedy, and the upcoming releases promise to push boundaries in all aspects, from story to cinematography and production. While I enjoy the glamour and gorgeous wardrobes, I am quite excited about watching Lollywood’s transition into a new phase, exploring possibilities, creating opportunities and renewing severed ties."

"Being a movie buff and a proud Pakistani, I ensure not to miss any of the glossy new releases that grace the cinemas of the UAE, where I happen to reside. I have truly enjoyed each of them – especially Dekh Magar Pyaar Se and Karachi Se Lahore as I can never get enough of my all-time crush Sikander and my adoration for Ayesha Omer. I can’t wait for the day when our movies will be breaking box office records world over for their quality content, talent and beauty.

"Certainly there is an audience for Pakistani films and the box office numbers for Bin Roye speak for itself. The response was fantastic and the movie is now amongst one of the highest grossers in the region. We are confident that this trend will continue and eventually their cinema will carve a niche for itself just like their dramas."

"The cinema revival has been commendable. Taking the leaf out of the books of our yesteryear’s contemporaries, like Nadeem and  Babra Sharif to boasting an ensemble cast of stars like Fawad, Mahira Khan, Ali Zafar, Danish Taimoor, Ayesha Omar and significant others have positively made a mark not only in Pakistan but globally. There is no end to Pakistani talent and with young off screen personalities like Laraib Atta being a Visual Effects Artists and writers like Vasay Chaudhary, our talent is sun-fire proof and once again Pakistani films and dramas would be considered amongst the best in the world.

a Banker in Dubai

Sadiq Saleem is a Dubai based entertainment journalist. He can be contacted on his page fb/sidsaidso