When Islam goes to university

University cannot be a missionary and thus sectarian environment that allows one to claim that one’s belief is better than all others. Instead, all perspectives have to be discussed making it a world of floating ideas 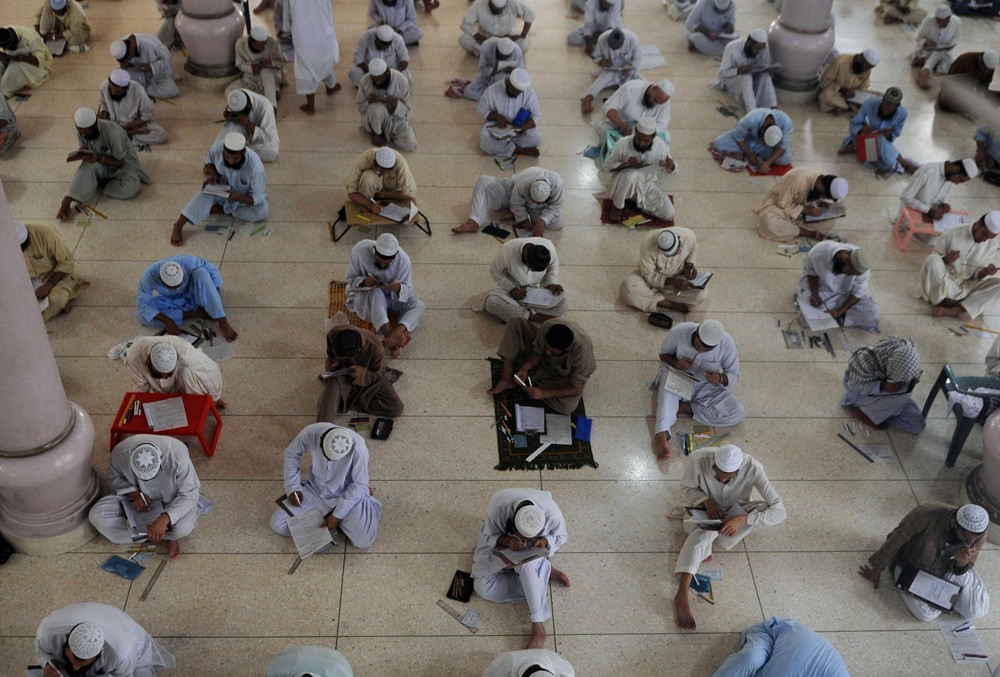 Should it be remembered when a scholar of religion is murdered? Should it be hoped that those threatened into exile would return? What about the ones among our midst whose lips stay shut because of the hanging sword of being declared blasphemer, kafir, and qadiani?

Lived religion plays a crucial part in developing the values of a society. It depends on how the religious text is interpreted, how religion is popularly understood, and lastly how it is negotiated in one’s day-to-day living. Religious text is important but it is the perspective and perceptions (the word of mouth) of that text that dominate religious meaning.

Thus, how could one categorise a situation when a particular perspective not just dominates but holds monopoly on the religious discourse, such that a divergence from this discourse leads to the elimination of Dr Farooq Khan and Dr Shakeel Auj. It leads to the exile of Ghamidi just like it had thrown out Dr Fazlur Rahman and Daud Rahbar decades earlier, and keeps hundreds in check in speaking publicly about their scholarship, so as not to be demeaningly labelled as is Ghulam Ahmed Parvez. All marginalised instead of the role they ought to have played in the intellectual development of their nation, while religion got handed over to the orthodoxy, and subsequently to its political and militant branches.

The trajectory of religion in Pakistan can simply be understood in this way: the state and its power elite used religion as a political tool rather than as a deeply personal faith and a field of scholarship. Thus, instead of being promoted to institutionalised higher learning (university), Islam was used to curtail the spirit of inquiry and independent scholarship through the promulgation of rote-oriented and sectarian Islamiat curriculum, militarisation of madrassas, handing over public universities to militant religious student groups, and proliferation of lashkars.

This discursive infrastructure along with mosques (and now electronic media) is the bedrock of monopoly power of orthodoxy on religious discourse, and only seeks to reinforce itself for its various economic and political interests.

This keeps the society in the realm of Madrassa Islam. By Madrassa Islam, I mean an Islam which ghettoises religion away from its relationship with social sciences. It sanctifies Islamic history making it unquestionable, it uses taqlid, the blind following of a teacher as an education methodology and abhors critical thinking, and articulates that there is only one Islam (and thus theirs is the true one).

Is University Islam all a dream in a country which effectively has 50 per cent literacy? Not, if the centre of Islam -- the mosque -- is led by University Islam, and is transformed into an inclusive (women-friendly too) community space rather than a male-dominated prayer ground. For it to become a knowledge space, it will have to include social sciences.

Instead, Islam going to a university would encourage questioning and critical thinking. Rather than the often quoted statement ‘there is one Islam’, it would explore perspectives (tafsirs) of the various Islamic scholars, conduct comparative analyses of these perspectives as well as of other religions to generate new knowledge. University would kick-start the required public debate on hermeneutics in Pakistan, a theory and methodology of interpretation of text, which started in early Islam but dissipated with the stranglehold of orthodoxy. The Mutazilla argued that because the Quran was Created, it needed to be interpreted according to time and place (context), while the Ashari argued instead for a literal interpretation of Quran because according to them it was Uncreated.

In a marked departure, Nasr Abu Zayd, a Quranic thinker and a leading liberal theologian in Islam, has argued for understanding the Quran as a ‘discourse’ between Man and God, thus displacing the authoritativeness of text with what he describes as humanistic hermeneutics. Other differences in methodology in terms of weightage given to the Hadith also exist as articulated in Ali Usman Qasmi’s book, Ahl al-Quran Movements in the Punjab, and even further, completely different philosophical frameworks also persist on the margins such as the Sufi thought.

Additionally, university cannot be a missionary (and thus sectarian) environment that allows one to say that one’s belief is better than all others. Instead, irrespective of the position or ideology of the teacher, all perspectives have to be discussed to ensure a proper education, making the university a world of floating ideas. Similarly, instead of the issue of blasphemy, it is instead the concept of ‘Hate Speech’ that comes to the fore because scholarship requires raising questions (some termed blasphemous by the orthodoxy); however, an intent to malign is Hate Speech and not accepted in scholarship.

But is University Islam all a dream in a country which effectively has 50 per cent literacy? Not, if the centre of Islam -- the mosque -- is led by University Islam, and is transformed into an inclusive (women-friendly too) community space rather than a male-dominated prayer ground. For it to become a knowledge space, it will have to include a library constituting not just theology but other social sciences. Additionally, it will have to become a place of dialogue, where hate speech is abhorred but contrarian views can be deliberated upon.

In conclusion, let me state the other public truth, ‘Islam is a complete way of life’, highlights the hypocritical nature of our lived religion because the current Madrassa Islam offers little guidance in understanding and tackling our issues (e.g. violence in the name of religion could not have persisted if current Madrassa Islam was clear on the issue). It is only when Islam goes to the university that we will begin to bridge the gap between the various disconnects of secular state laws and sharia (e.g. income tax versus zakat), and of lived religion and ethics.

When Islam goes to university