In order to develop a progressive and tolerant society, there is no alternative to the eradication of inherently biased legal, institutional structure of Pakistani State -- a transition from the ideas of Zimmitude to equal citizenship rights 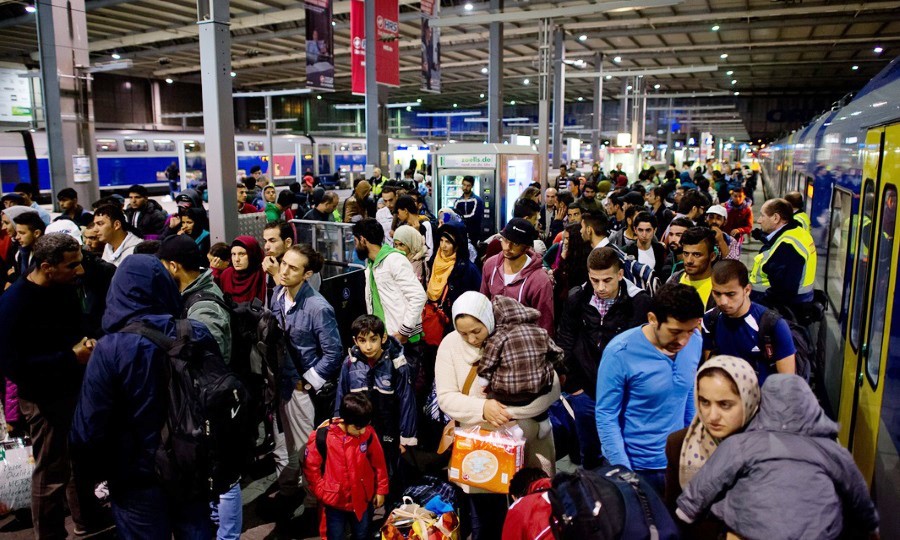 Eighty years ago, on September 15, 1935, the Third Reich in Germany promulgated the infamous Nuremburg laws. As per these laws, citizenship rights of Jews were formally revoked. The Jews had been intimidated and attacked since the beginning of Nazi rule, but it was as a result of these laws that they ceased to have any rights as citizens.

A Jew was not just defined as someone practising Judaism, but an individual who was born in a Jewish family. This law, then, affected not just Jews but those who had either converted to other religions or were simply not practicing their religion. Later provisions added to these laws clearly laid down the rules for marriage and procreation.

Only ‘pure blooded’ Germans, certified by public health authorities as physically fit and not carrying hereditary diseases, were allowed to marry and produce children for the service of the Reich. Any ‘mixing’ of blood with German race or ‘racial infamy’ was a serious criminal offence. The Nuremberg Laws simply took to logical conclusion the concepts of racism and nationalism which had been prevalent in Europe since the nineteenth century and had been responsible for much bloodshed, violence and destruction.

As explained by Rogers Brubaker, while the German concept was more racial with the belief in the historical constitution of the volk sharing a national spirit, the French model was territorial and centred around the political unity of the State with republican values giving it a more civic, and possibly universal, approach. In other words, the German model was based on race and ethnicity (ius sanguinis) and the French on culture and territorial belonging (ius soli). But the actual impact of the so-called universalist/assimilative French model and its more racialised German alternative, was the same for the colonialised world where the hierarchical ordering of races and civilisation helped project the image of benevolent European rule -- White Man’s burden -- to bring civilisation to the colonised people.

The journey Germany has made over the last eighty years is simply remarkable. Eighty years ago, Germans who were Jews, Christians of various denominations and homosexuals were desperate to run away from Germany to escape persecution; today, hundreds and thousands of non-Germans are desperately seeking entry into its territory. This is the result of reimagining of Germany and its values undertaken by the Germans in the post-world war II period.

This new Germany is built on the ideas of plurality, tolerance and universality of human rights. It is not just the universality of these values but the fact that the entire nation of 80 million people can so radically transform itself in a matter of few decades which is most remarkable. From Nuremberg laws with exclusivity of rights for Germans alone, Germans are now warmly welcoming refugees from completely different ethnic, religious and linguistic backgrounds; this belief in the universality of human values is incredible.

As the German example has shown, no matter how ferociously people in a certain age adhere to an ideology, it is always possible to change and transform it.

But this optimism in universal human values is dampened by the continued prevalence of laws bearing semblance with Nuremberg laws in other parts of the world. In the case of Israel, for example, Uri Davis uses the terminologies of jinsiyya (Passport Citizenship) and muwatana (Democratic Citizenship) to explain discriminatory citizenship rights between Jews and non-Jew, Arab/Palestinian residents. The muwatana membership entails the citizen civil, political, social and even economic rights (purchase of property, preferential treatment for Jewish-held agricultural land etc). In contrast, jinsiyya is granted to Palestinians residing in Israeli State. They are given equal access to the courts of law and to hold private property (civil rights) with a certain quantum of political rights as well, but they are denied equal social and economic rights.

Since the reason for this discrimination in terms of rights is based on religion, it is necessary for the Israeli State to be able to define the Jew in legal terms so that he/she can be endowed with the more preferential set of citizenship rights. It is remarkable to note that people, who suffered the most from discriminatory laws and persecution under Nazis, resorted to similar practices when they got the power themselves.

Unfortunately, Pakistan is no different from Israel when it comes to a differential set of citizenship rights along religious lines. The foundation for this discrimination was laid down in the Objectives Resolution of March 1949. The resolution, laying down the charter for the future constitution of Pakistan, distinguished between Muslim citizens with full rights and non-Muslims enjoying the protection promised to them by the Constitution.

This was a blatant violation of the guideline for the new state set by Muhammad Ali Jinnah in his inaugural address to the Constituent Assembly of Pakistan on August 11, 1947 in which he had clearly stated that the citizens of Pakistan will retain their religious identity but it will not have a bearing on their political rights.

All the subsequent constitutions of Pakistan, with varying provisions, were based on the principle enshrined in the Objectives Resolution whereby there were some rights which were exclusive to the Muslim citizens alone. Such a distinction along the lines of believer and non-believer citizen naturally raised the question of defining the Muslim in legal terms. While in 1974 Pakistani parliament passed the second amendment whereby the definition of a non-Muslim was given (which was meant specifically to exclude Ahmadis from the fold of Islam), the definition of a Muslim was eventually added to the constitution during General Zia-ul-Haq’s regime in 1980s.

The attitude of three constitutions of Pakistan towards minorities, it can be said, is a patronising one. It is reflective of the concept of "Zimmis" -- the term from Islamic fiqh implying protection of non-Muslim subjects in an Islamic State. But Zimmitude is no alternative to the concept of modern day citizenship. While Zimmis are promised certain protections, under classical Islamic law they remain subject to Muslim lordship. A modern State cannot have such distinctions.

As the German example shows, even ethnic and linguistic basis of citizenship or preferential rights has become a redundant idea. Again, as the German example has shown, no matter how ferociously people in a certain age adhere to an ideology, it is always possible to change and transform it. While most of us have been saluting the spirit of universal human values shown by the Germans, it appears we are not willing to replicate the model in our own country.

In order to develop a progressive and tolerant society, there is no alternative to the eradication of inherently biased legal, institutional structure of Pakistani State. There has to be a transition from the ideas of zimmitude to equal citizenship rights regardless of religious and ethnic considerations.