Hijab: A matter of choice? 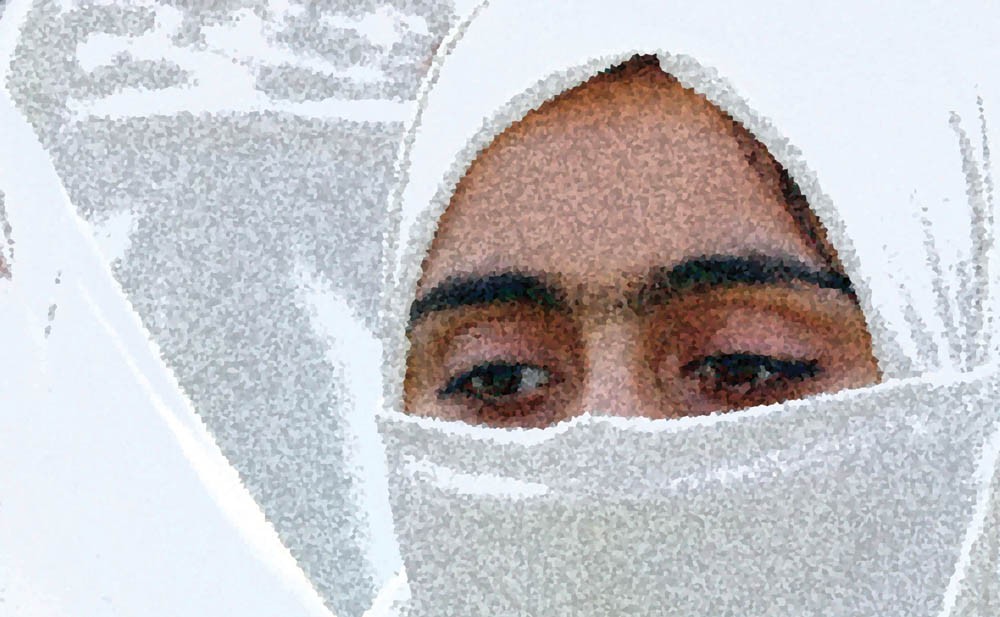 Over the last couple of decades, hijab has been a contentious political issue worldwide and has fuelled fiery debates. In Pakistan too, as economic needs have compelled more women to enter public spaces, a general conservative mindset and an influence of Gulf countries manifests itself in an increasing number of women adopting abayas of some sort -- with hijab or niqab.

Not all women approach this attire issue from a religious angle. There are other sociological factors at play in their decision to cover themselves that range from family pressure to conforming to the society’s expectation of a properly dressed woman.

Consider Attiya for example: a post-graduate student from a small city in Central Punjab currently studying at a co-education college in Lahore, Attiya started wearing an abaya upon her family’s insistence after she finished school in her hometown. But that wasn’t the only pressure she felt. "When I was in matric, I used to cycle and play basketball," she says. "But when I went to college, every person in my class was wearing it, so I did too."

She felt the same social pressure when she moved to Lahore for her undergraduate degree where, she says, the majority of girls also covered their heads. "If so many girls around me hadn’t been wearing it," she says, "and if my family hadn’t expected it of me, I probably wouldn’t have worn it."

Though the decision to veil herself was not entirely hers, Attiya has now become comfortable with it. "In college, if I’m wearing a niqab and I go through a crowd, I feel confident," she says. "But if my face isn’t covered, I feel social anxiety."

Zaira, another student at a co-ed college in Lahore, feels the same way. She started wearing hijab when she was in class 9, even though no one in her family wears it. Zaira was motivated to do so after a discussion in school between the students and the teachers. She initially wore it sporadically, but soon felt at ease, especially in crowded places, so she adopted it permanently.

"There’s a huge difference in how people treat you," she says. "If you’re not wearing it, people create an image that you’re inviting them for something. If you’re covered, strangers realise that you don’t want to be free with them and they maintain a distance."

"When I was in matric, I used to cycle and play basketball," she says. "But when I went to college, every person in my class was wearing it, so I did too. If so many girls around me hadn’t been wearing it, and if my family hadn’t expected it of me, I probably wouldn’t have worn it."

This feeling of ‘safety’ that women feel as they put the burden of how people act towards them on their own self doesn’t necessarily mean that they are sheltered from street harassment. The video that went viral after August 14 celebrations serves as a reminder; it shows a man sexually harasses a burka-clad woman passenger on a motorcycle by first grabbing her from behind, and then, when she gets off to get away from him, grabbing her and lifting her up.

"It doesn’t protect you from anything," Attiya admits. "Those who want to harass you will do that no matter what." Once, Attiya says, she was harassed by a man on the street while she was wearing a full-face niqab.

Afiya S. Zia, a feminist researcher and activist based in Karachi, believes it is "reverse thinking about women as permanently inviting violent treatment…" According to her such examples show that unless women "refuse to recognise that the burden of male violence and aggressive behaviour falls on women’s bodies and clothes, there will be no social change."

This general public mindset can also lead to women internalising wearing a hijab as their own choice, a decision that may not necessarily have been theirs to begin with.

Hijab, who works at a multinational corporation, started wearing a head covering when she was in class 6 after her mother went through a spiritual transformation. She thought about taking it off years later and when she went to study at LUMS, she had an open choice to not wear it. But she finally decided to keep wearing it. "There was an understanding of religion," she says, "and an understanding the journey of spiritual change that my mother went through… At the end of the day, it has become a part of the personality. I wear jeans and other western wear but covering my head comes naturally to me. It’s a habit and I wear it even when there are no guys around."

Afiya Zia thinks such actions are reflective of women accommodating male definitions of what their role, their wardrobe, and their modesty should be. But beyond that, she thinks, "it also imposes an expectation of how women who are Muslims but don’t observe the veil, should be expected to behave. These unveiled women are seen [in society] as lesser Muslims then."

In addition to those who continue to wear a hijab or veil out of comfort or a sense of identity, there are many other women for whom this decision is based on their current situation and is thus not a life-long one.

Twenty-eight year old Shabnum started wrapping a big shawl that covered her head and face when she got a job as a single parent six years ago. As she worked on the security team of a consulate in Lahore, her dress code required her to wear pants and shirt. "I used to ride a bike to office and people would give me such dirty looks that I started feeling conscious," she says. "So I started covering myself. Not only I felt more comfortable, it also saved me from harmful sun rays," she says laughing.

Since then, Shabnum got married and moved to a position where she doesn’t have to wear a uniform anymore. So she stopped wearing the shawl.

There is another small minority of young women, like Rida who is a student at NCA, who cover themselves not for any religious or social reasons. "I went to Iran last year," Rida says. "I saw the way women had styled their headscarves. I also wanted a ‘look’ for college. And since Persian culture and literature influences me and my work a lot, I decided to wear it when I started college six months ago."

Rida modified her headscarf to suit her fashion style. "If you wear a normal hijab no one will notice you," she says. "But if you’re wearing something different, you can be attractive and people do notice you." She wears the scarf only in college and is not sure if she will continue it next year. "I might get bored and choose a different style," she says.

At the end of the day, most women try to find a balance in negotiating their ambitions outside the home, and family and societal expectations. "Sometimes you have to sacrifice for your freedom," says Attiya. "If I had taken a stand and not worn [the burka], there would have been an uproar in my family and my every move would have been scrutinised. I wouldn’t have been able to do what I am doing now."

Hijab: A matter of choice?