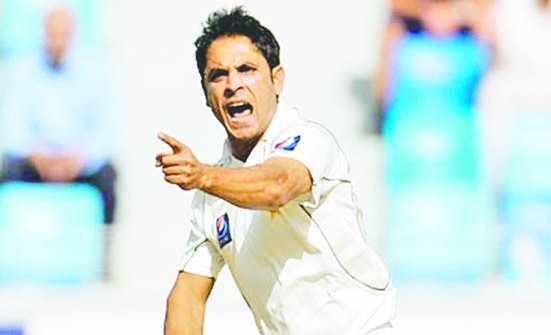 Pakistan’s Abdul Rehman has been ousted despite having taken 99 wickets in just 22 Test matches. His average of 4.5 wickets per match -- which he achieved despite the presence of Saeed Ajmal bowling from the other end in most of his Tests -- is much better than that of Iqbal Qasim, who is considered our best-ever left-arm spinner.

Moreover, his record is far better than that of Tauseef Ahmed who got only 93 wickets in his 34 Test matches.

Abdul took as many as 18 wickets in his last five Tests -- the last three of which he played against Sri Lanka, a very strong team against spinners.

People forget the role he played in England’s drubbing by Misbah-led Pakistan in UAE in early 2012. He was the second leading wicket-taker in the series. If Ajmal got 24 with his suspect action, Abdul got 19 with his clean action. He was the man of the match in the second Test with eight wickets.

India’s Pragyan Ojha has 113 wickets from just 24 matches -- an average of 4.7 wickets per match -- but hasn’t played a Test for the last two years. Interestingly, he took 10 wickets in the last Test he played.

In the recent series, he took six wickets against Australia A in the first match and four in the second, pressing the selectors for a recall.

But it’s not that these spinners have been dealt with unfairly. They are just unfortunate. They are playing at a time when there are a number of quality spinners around.

Abdul Rehman has failed to regain his spot despite the departure of Saeed Ajmal for illegal action. Why? There were Yasir Shah and Zulfiqar Babar ready to fill the space.

Yasir has proved exceptionally successful, having taken 61 wickets from just 10 matches. Zulfiqar, on the other hand, has grabbed 42 wickets from as many matches. So it will be very tough for Abdul Rehman to make a comeback in this scenario.

Ojha has higher chances of a comeback, however. None of the spinners that have played in his absence has shown as much guile as he has. Ravindra Jadeja is good only as an all-rounder. When the Indian team needs a specialist spinner, Ojha should get a chance. And Amit Mishra has never been as successful as Ojha.