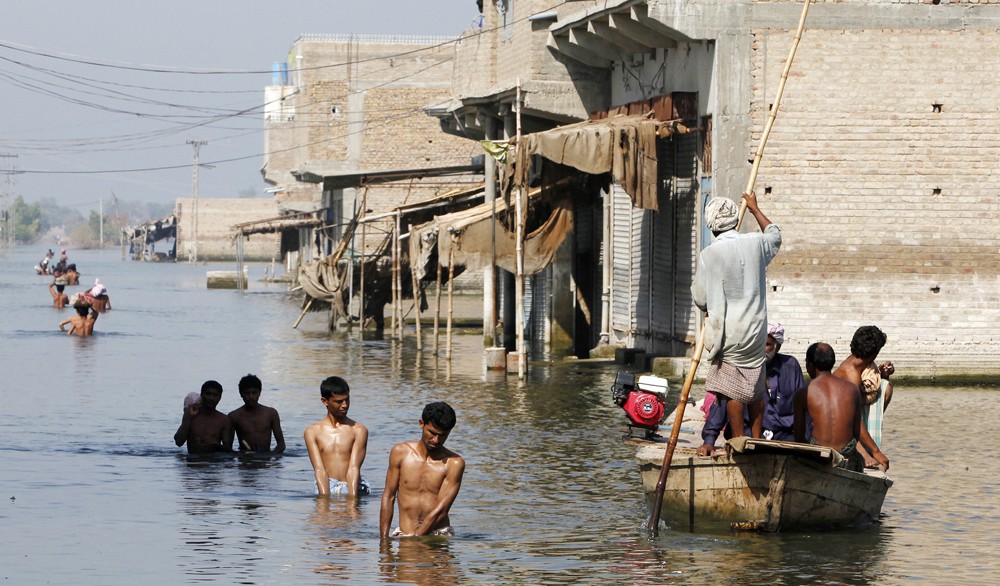 Climate change is an established fact and its impacts on water, agriculture, health, biodiversity, forest and socioeconomic sectors are quite visible around the globe. In Pakistan, climate change has consistently manifested itself through extreme events, such as unprecedented floods, droughts, cyclones, storms, glacial lake outburst flooding (GLOF), etc.

The economic and social losses caused by these disasters run into billions of dollars. In 2010 floods alone, 20 million people were affected and displaced. This outbalances three major securities of the country, namely water, food and energy.

Sindh is facing an extreme weather pattern, including waves of cold weather, drought, extreme heat, continuous floods and extreme rainfall. The impact of climate change has disturbed social, economic and political conditions of people across the province in urban and rural areas. People in rural areas rely on agriculture or livestock and continuous droughts and floods have affected both sectors.

In Sindh, climate change impact is being observed since 1999 cyclone that badly hit coastal areas of Sindh. The subsequent year an earthquake followed with extreme rains in 2005. This led to a food crisis. After long drought, floods in 2010 badly affected the right bank of the Indus River.

World Bank’s recent study says that 15 per cent of the total GDP of Sindh is being lost yearly due to the environmental degradation and climate change, which is much higher than national figures. Sindh is the lower riparian and, hence, both dry weather and floods hit Sindh relentlessly. The extreme droughts in Tharparkar, Achhro Thar, Nara, Kohistan, Kachho and the coastal belt have been wrought largely by climate change. Dry conditions in Sindh have aggravated the already pathetic condition. About 65 per cent of Sindh’s area is classified as arid [drought prone].

People in these areas completely rely on rainfall and one can imagine the situation if there is no rain for years. The availability of water in rural areas, especially in Tharparkar, Kohistan and Kachho, is very critical. People living in Kachho in district Dadu used to get water from only as deep as 30 feet till about 10 years ago. The water level has gone down gradually and one can hardly get water even from 500 feet.

The Met department tells us that the rise in temperature will increase the rate of evaporation of moisture from the soil surface and transpiration from the plant tissues in the vegetated areas of the province. They will directly enhance the water requirement of field crops, animals, human beings as well as the domestic and the industrial sectors.

Policies are not followed in spirit and there are serious gaps in their effective implementation. Pakistan needs to adopt an approach of climatically appropriate planning to avoid more catastrophes.

Water is going to be a limiting factor as population increase and warming climate will claim a larger share to satisfy their demands. Although some additional amount of glacier melt water is expected to improve the river discharge but uncertainty of availability on temporal and spatial scales will be a great challenge.

Pakistan’s first national climate change policy has been effective since March 2012. Implementing the policy will require serious, sustained, and disciplined reforms over the coming years. Policies in Pakistan were not followed in spirit and there are serious gaps in their effective implementation. Pakistan immediately needs to adopt an approach of climatically appropriate development planning to avoid more catastrophes.

Adaptation to climate change and building resilience among ecosystems and people to respond to climate variability and hazard threats are relatively new concepts. For this reason, networks for sharing experiences and ideas will have a fundamental role in helping address adaptation within specific ecosystems.