Girls at Dhabas: A much-needed campaign 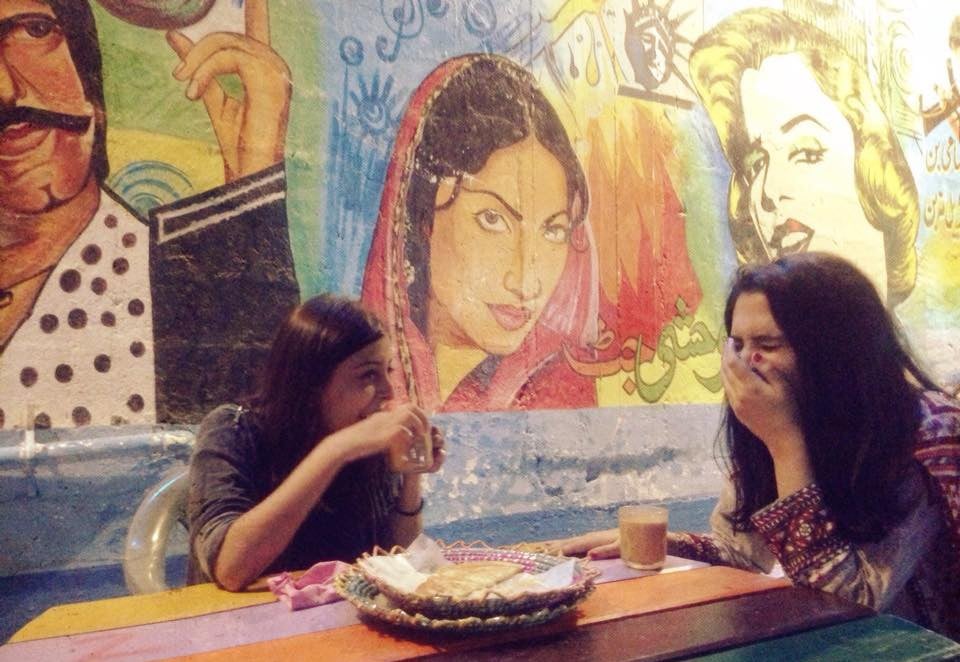 Women’s mobility in public is a massive social issue in Pakistan. Generally, it is not taken seriously and very seldom people attempt to address or tackle it. A rare initiative that aims to speak up against the discrimination is ‘Girls at Dhabas’.

The initiative aims to recover public spaces for women. These places include dhabas, khokhas, paanwalas and many other public areas that women do not usually frequent. The founder of this initiative is a girl named Sadia Khatri who photographed herself at a dhaba and then uploaded the image on the Internet. Sensing that this could become a large-scale movement to challenge the traditional role of woman in public spaces, she teamed up with friend Sabahat Zakariya and created an official Tumblr and Facebook page for the movement.

Since its creation, it has received a plethora of support from women across South Asia, who are encouraged to photograph themselves at dhabas or other public spaces they don’t conventionally occupy and upload the photos on their Tumblr and/or Facebook page.

The motivation behind creating such an innovative campaign was to challenge the constraint that women face in public spaces. Traditionally, women are not known to occupy such areas and if they do they are usually accompanied by men.

The absence of women has now become so ingrained in the male mind that they feel uncomfortable with women’s presence at dhabas, in streets or any other public space.

The ‘Girls at Dhabas’ movement is designed to end this tradition and encourage more women to set foot in these public areas by viewing the photographs of other women doing exactly that. The movement aims to see an increase in women from all classes on the streets and in dhabas and other public spaces they aren’t "meant to go to".

Thus far, the submissions to the ‘Girls at Dhabas’ pages have been mainly from women in Pakistan, but there are also several submissions from women from other South Asian countries such as India. The co-founders, Khatri an astronomy and journalism undergraduate and Zakariya a student of New York University, welcome "submissions from all over South Asia, of women in places/spaces not traditionally "supposed" to be occupied by them, or of women doing things/partaking in activities they are not conventionally expected to" on their Facebook page.

It is impossible for women in countries like ours to head out in public or use public transportation due to the unwanted male attention they are bound to receive. This same fear restricts women from using public transport or riding their own vehicles. Women seen riding motorcycles or bicycles are not just an anomaly, they are practically shunned for attempting to cross the cultural and social boundaries and at times, the ‘punishment’ for doing so can be extremely severe.

The issue of street harassment and abuse towards women who venture out into public is hardly taken seriously, with people dismissing it as either comical, flattering or the fault of women.

Nuzhat Siddiqi, the communications coordinator at Shirkat Gah, an organisation working for women’s rights, explains, "women are afraid of walking outside on their own and they feel helpless and unsafe. The impact of this fear over time is tantamount to psychological trauma".

Fatima Anwar, the President of the LUMS Feminist Society (FemSoc) goes into detail about the issue. "Harassment of women by men is constantly normalised as something that is part of men’s nature. What this does is shift the onus of not committing the crime from the criminal to the victim," she says.

Anwar emphasises the way this can disturb women’s peace of mind. "The expectation of a violation on the streets means that women will be afraid to walk on those streets and/or will be restricted by families from going out. For women who cannot afford a different method of transportation, this means they must pick between their safety and the educational and/or job opportunities that come their way."

Unfortunately, street harassment and abuse does intimidate women into making significant life choices including choosing to leave their education and jobs, she says.

‘Girls at Dhabas’ is one of the only initiatives attempting to break this social taboo. Solutions for public transportation issue have indeed been raised but they are problematic in and of themselves. The creation of segregated compartments in buses and segregated vehicles like the pink rickshaw certainly make it a little easier for women to travel and venture out onto the streets, but they are temporary solutions that do not address the underlying issue. Segregation will not change the mindsets or attitudes of men towards women and they will not decrease the rate of crimes against women in public spaces.

Moreover, these solutions are somewhat counterproductive, in that they reinforce the idea that women aren’t ‘allowed’ to be out in public spaces occupied by men and may even worsen the conditions for women who venture out. travel out in public, but who are unable to access these vehicles.

It is evident that we as a society and a community need to unify and address this problem, as well as have the government do its part in making the streets safer for women.

The long-term solution to the dilemma is to change the attitude and mindsets of men through awareness campaigns and educating boys at a young age on the proper treatment and respect towards women. But such attitudes are deep-rooted and this change will take continual and prolonged effort and time.

Girls at Dhabas: A much-needed campaign