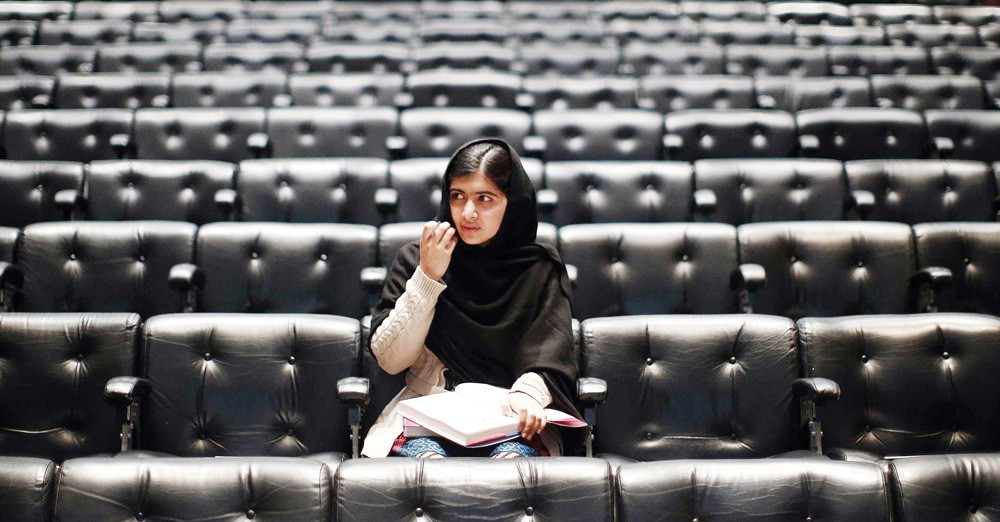 The run up to the Nobel Peace Prize this year has involved heated conversations on the social media about Malala and the prize. A good number of Pakistanis spent a great deal of keyboard time in supporting and opposing Malala’s nomination for Nobel Peace Prize. People’s comments during the run up to the prize are striking inasmuch as they reveal the cultural fissures in the Pakistani polity than anything else.

EP: She is one of the bravest and most courageous girls the world has ever known. Her fighting spirit and resilience is extraordinary and commendable. Her speech betrays her firm belief in the cause she stands for. I salute her and hope that one day her efforts will bear the sweetest fruits. Pakistan and the world need more people like her. I fully support her and do not understand why you don’t. How can you fail to be moved by this rare combination of fearlessness, modesty, confidence, and commitment?

AP: How can you be so superficial in your opinion? There are many more children of her age who display similar spirit and are equally articulate. Malala is but one of them. Could she have made her mark on the world stage had it not been for Adam Elick, her dad, and the shots fired at her by the Taliban? Regardless of her own child like spirit and enthusiasm for education, the entire world is using her as an excuse. Why should the world need a poster child for education after all?

Can you not see that the same powers, which are perpetrating atrocities and injustices elsewhere in the world are also appropriating the symbolic Malala? Why do they not have poster children for such causes as stopping the massacre of Rohingya Muslims in Burma? Where are the Palestinian and Kashmir’s symbols of resistance? Isn’t it also disturbing to see the United Nations privileging Malala and yet remaining largely silent in the face of injustices elsewhere?

EP: I think you are over-analysing this situation. All governments and supranational organisations do both good and also bad. It is a good thing to keep holding a mirror to them, to point out that their actions are unfair when they are indeed unfair, and to let them know that their response to an issue is inadequate when they are indeed not doing well enough. So when the United Nations is unable to respond adequately to the injustices inflicted on, say, the Palestinians, we should question its effectiveness. But when it attempts to support education we should welcome its actions. We should not get into the habit of throwing the baby out with the bath water. We can only work with what we have and try and improve the world we live in.

You are implying that Malala is a construction of New York Times. Far from it, I think. You are giving too much credit to a newspaper and not considering that she is, in fact, produced by a peculiarly unfortunate situation in our own country. Every injustice produces people who suffer and others who symbolise people’s outrage resistance against injustices. What part of her message sounds conspiratorial to you? Do you think a call for educating all children by a child is really such a bad thing? Her speech on the importance of education and her articulation, simplistic as it was, worked for me, as I am sure it does work for others like me to act.

AP: I don’t know whether to laugh or cry at your simplicity. Is lack of education alone the root-cause of all injustices? It is easy for us to talk about education as the panacea for all ills, when poor people out there are subjected to all kinds of injustices. Are these injustices going to be eliminated merely by education?

EP: I can begin to discern a common ground between us. Both of us want to live in a just society, don’t we? While I agree with you that education is not a panacea, both of us know that we are better equipped to make this world work for us because of a decent education. Our education helped us by making us aware of our rights and responsibilities. It taught us how to solve problems, think critically, and communicate effectively. It is true that education can also be seen as a means of creating a governable population. But isn’t it better to have a law abiding population in a just society than mayhem in an unjust society, or would you rather prefer the latter? So while education may not be a cure for all our social and economic ailments, we do know, at least from our personal experience, that it does help individuals understand and improve their condition.

EP (Continuing): I have a long list of questions that I could pose to you but I’d rather state a concern. I am concerned that Pakistanis are again dividing themselves in the liberal and not-so-liberal camps around Malala. Our judgment as a people is being impaired by this ongoing culture war. In the midst of this culture war, Malala will become a symbol of division and fragmentation when it should have been the other way round.

You argue that the goodness of her message is lost because of the way Western media and corporate world is rallying around her. But we do not and cannot control the preferences of Western media. We should focus on our self and just be fair to one of us. Just recall how shaken the nation was when she was shot? Do you remember that popular outrage against those who tried to kill her within Pakistan? So what has happened between then and now? You are a reasonable person, aren’t you? Why make an exception in this case?

AP: You are discounting the fact that we live in a war zone and many of us think this war has been thrust on us by the Western powers. The Western media seems to be on a fault finding mission as far as Pakistan is concerned. Similar problems elsewhere, such as in the neighbouring India, are usually ignored by the same media. So you cannot blame people for being suspicious of the international reception of Malala as yet another ploy to embarrass Pakistan.

The same media does nothing to embarrass Israel, India, and Burma for atrocious violation of human rights. While we should be self-critical, such criticism is likely to lose its critical edge and credibility by using the privileged symbols of Western media.

EP: You are missing my point. I never said we should not chastise the powers of the world for not addressing the injustices elsewhere. We should also stand against the drone attacks and the violence perpetrated by the states on people everywhere. Indeed, we should make use of every opportunity to further justice wherever and whenever it arrives and Malala, I believe, does represent such an opportunity simply because she refocuses our sights on educational injustices.

Epilogue: Should we even be having this conversation? After the Nobel Peace Prize had been announced, I heard a number of statements from Pakistani politicians. A good many of them, including the cabinet ministers, said that although Malala did not win the prize we were still proud of her nomination. Are our politicians proud of the fact that an 14-year-old was almost shot dead? In fact, we should hang our heads in shame for bringing this country to a state in which a child had to go through this ordeal.

Let us get the facts straight. There is no possibility of a Malala volcano erupting in a society, which provides educational justice to its citizens. This is regardless of the perceptions about Malala as a tool of Western propaganda. It is no propaganda that we have millions of out-of-school children, girls and boys alike. It does matter to put them in schools and provide them with a quality education. The state and our political elite, more than anything else, are responsible for the circumstances in which Malala phenomenon is born. Is Malala a symbol of Pakistan’s strength? Certainly not! Does she represent an opportunity for reflection and action? Yes!!