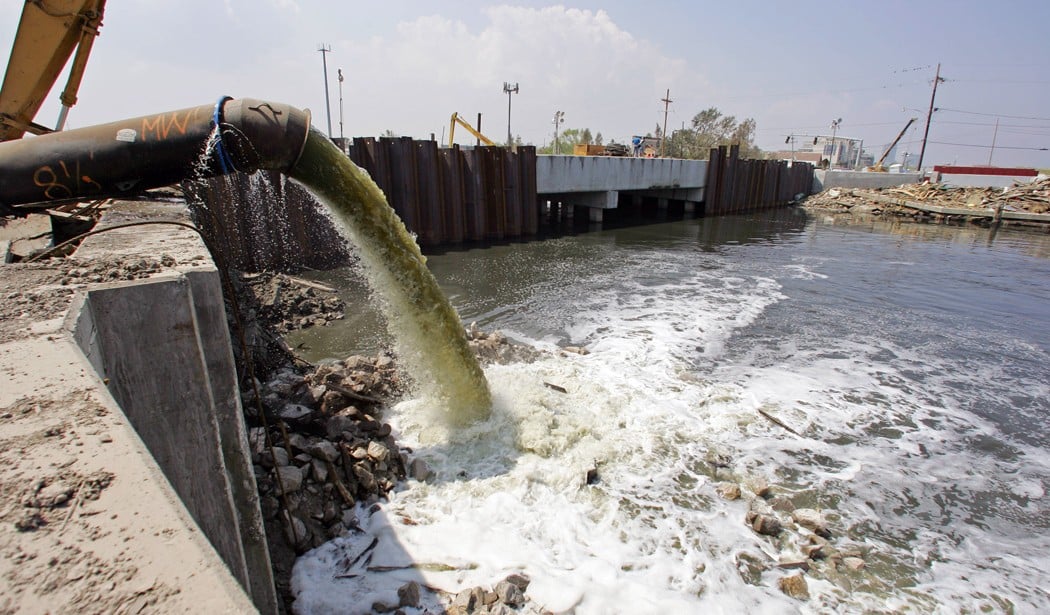 "See what this water does to us," says Chaudhry Sanaullah, pointing at a chunk of dry agricultural land in Kasur that has developed wide cracks thanks to the effluent of tanneries that carry poisonous chemicals and seep into the ground, eventually mixing with underground water.

"If this can happen to the land, just imagine what would be the fate of the human beings and animals who consume it to quench their thirst!"

President of Anjuman Kashtkaraan Kasur, Sanaullah has raised his voice at different forums against the environmental degradation caused by the disposal of untreated effluent of tanneries. For the purpose, he says, new tube wells are being dug up as deep as 700 feet.

Explaining the reason for the mess, he says the combined effluent treatment plant installed here, back in 2001, is not quite functional and the waste from tanneries is being directed to the agricultural fields and River Sutlej through drains.

The impacts include the plants getting burnt, fish dying due to the acidic nature of the effluent, respiratory and abdominal becoming common and the incidences of hepatitis, diarrhoea and cancer being on the rise.

Chaudhry Karamat from Dowlawala Village, Kasur, is another aggrieved local who complains that the people have to bear with the foul smell emanating from the effluent that is spread over the fields in as many as 40 villages.

He also complains about the fact extraction activity at cauldrons. The smoke rising from these cauldrons is so harmful that the locals have contracted serious diseases such as asthma, the children are losing hair and soot has settled everywhere.

Many tanneries adopted the technique as the Fat Extraction Unit of the treatment plant remained non-functional for a long time. "We keep hearing that the government plans to shift tanneries away from city limits but God knows when the plan will materialise."

The impacts include the plants getting burnt, fish dying due to the acidic nature of the effluent, respiratory and abdominal becoming common and the incidences of hepatitis, diarrhoea and cancer being on the rise.

These are just a few of the many accounts that the aggrieved people in Kasur have to share. Looking into the core of the problem, one finds that a combined multi-million dollar treatment plant was set up in Din Garh in 2015. Financed by joint funding of federal and Punjab governments and the United Nations Development Programme (UNDP), according to the guidelines of United Nations Industrial Development Organisation (UNIDO), the plant was supposed to be run with contributions coming from both the government and the tanneries availing the utility, according to the volume of their effluent treated here.

The management of the plant was given to Kasur Tanneries Waste Management Agency (KTWMA), a body created for the purpose. The District Coordination of Kasur is supposed to head the authority.

The question remains as to why the arrangement has not worked?

Jawad Hasan, Advocate Supreme Court (ASC), who was the consultant on the said project, explains to TNS that the tanneries would contribute to running cost as it was binding on them to ensure environmental compliance in order to export.

With the passage of time, the tanneries which had no export orders stopped payment of their dues. Many installed their individual treatment plants as their contributions were spent on paying wages of the idle KTWMA staff as the plant remained non-functional.

The situation on ground can be best described by sharing the findings of an inquiry report, released February 11, 2014, by Syed Javed Iqbal Bukhari, former DCO Kasur and MD KTWMA. Though the report was issued around one and a half years ago, the situation has not improved much (See the Box).

Muhammad Musaddiq, Chairman, Pakistan Tanneries Association (PTA), Central Zone, says a separate organisation is looking after the affairs of the tanneries situated in Din Garh and the PTA does not involve itself in their matters.

He says the exports may suffer because of the non-compliance of international laws, but only big brands may not buy from such tanners who are not following the requirements, but other customer/importers do not ask for the compliance yet. The management of Din Garh tanneries’ association was however reluctant to talk on the issue and the reason cited was that the government might get offended.

Adnan Arshad Aulakh, DCO Kasur and MD KTWMA, says that under an agreement the tanneries of Kasur have to pay Rs7 per cubic metre of water treated at the plant. Each tannery pays the waste treatment charges at this rate for the volume of effluent it generates.

"Making recoveries from the tanneries is a continuous process and there are delays but that does not mean they are refusing to make the payments. The KTWMA staff regularly follows up with them to get the outstanding dues cleared and may take punitive action against them if they do not cooperate," he says.

On the disposal of untreated water in surroundings and drains, Aulakh says the real issue is that the capacity of the treatment plant is to treat Rs12,600 cubic metres of waste water but in the peak hours the volume of effluent reaches way above 22,000 cubic metres.

Citing an example, he says that the load on tanneries increases after Eid-ul-Azha when raw hides reach here in large numbers for tanning and conversion into leather. Similarly, the volume is high during day hours and low by the night.

According to Aulakh, the number of tanneries has doubled over the past 15 years and the government is working on a plan to increase the capacity of the existing plant.

He agrees that the machinery of the plant has developed faults and some of the pipes are also not working. The KTWMA is aware of this and has taken certain measures in this respect.

"We have got the Fat Extraction Unit functional and now people are not using huge cauldrons to extract it in the open. Besides, we have bought new pumps and replaced those that weren’t working."

When asked about the contamination of under-ground water, the DCO agrees that the effluent even after treatment is not of drinking quality and has negative environmental implications if not disposed of properly. "The government is concerned about the issue and working on a plan to handle it effectively."

Naseem-ur-Rehman, spokesman of Punjab Environment Department (EPD), says the Din Garh treatment plant is the primary unit and the government is working on setting up another in order to further cleanse the waste water treated by the primary plant.

According to him, the government has also decided to enhance the capacity of the primary plant as the volume of effluent has increased its original capacity. Additionally, the tanneries are being asked to give the share under the polluter-pay principle.

He adds that the EPD takes notice of the non-environment friendly activities of industrial units and issues them notices on a regular basis. The case of Kasur tanneries is a challenge which has to be tackled jointly by the government and the industry as many of the tanneries here are small-scale units that are unable to install individual treatment plants.

On the next page: Major findings of the report, released in 2014 by former DCO Kasur and MD KTWMA

Major findings of the report,  released in 2014 by former DCO Kasur and MD KTWMA

* The tanneries’ waste was being bypassed into Pandoki Drain without treatment. More so, 13 electric motors installed on aerators and their electronic wire were found missing

* Defence/boundary wire and security lights were found missing, either stolen or embezzled

* Electricity bill for January 2005 was found to be Rs5,03,633 whereas it was Rs1,61,758 for the month of November 2013, which indicated that the plant was not working properly. (The increase in the electricity unit cost over these years was also taken into account)

* 156 tanneries had been found installed without NOC from Environment Department and Mr Shabi Hassan, Project Manager had granted them permission to discharge waste water and to enhance number of drums in the existing tanneries without taking Environment Protection Department on board. It had also enhanced the quantity of waste water beyond the capacity of treatment plant

* The Project Manager had badly failed in recovering dues from the tanneries to the tune of Rs 2,05, 29,180 and facts had been concealed