A snapshot of education in Pakistan 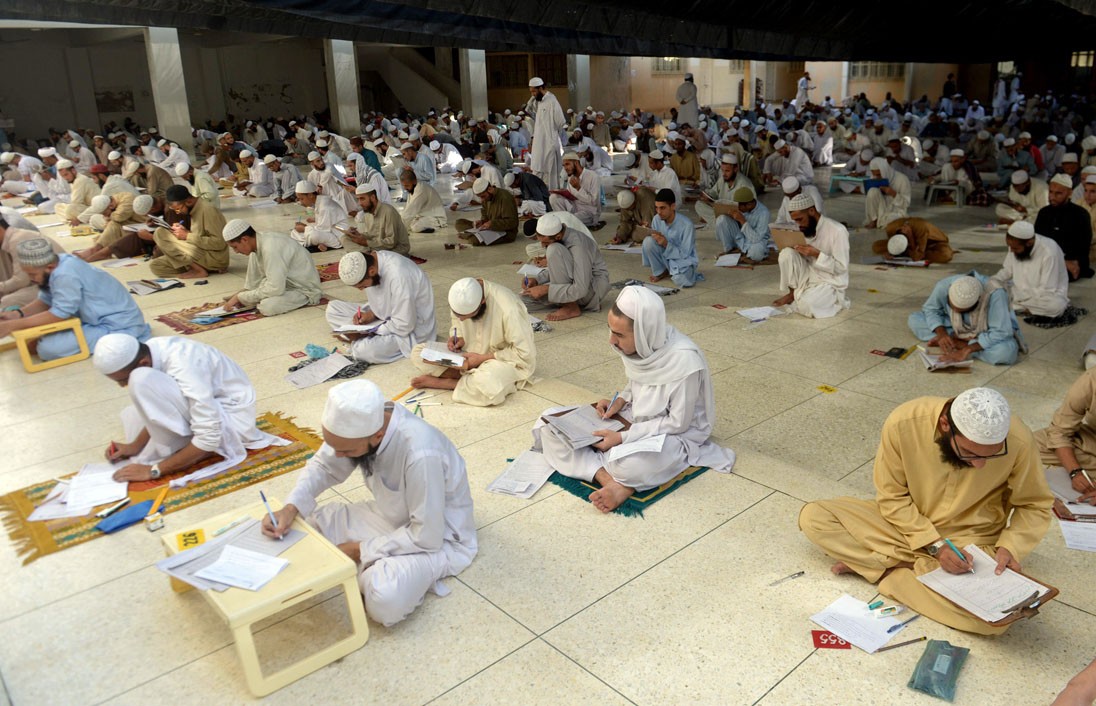 The dearth of debate on education is no longer an issue in Pakistan. There has been a flurry of reports on education in Pakistan. Most of them are produced by civil society organisations and think tanks. The formal launches of these reports usually take the form of a panel discussion by public intellectuals on the thematic issues addressed by the reports.

Prominent stakeholders, including the leaders in the field of education in Pakistan and politicians, routinely attend these events. These events represent a useful trend and, in my view, show one of the ways in which public sphere is being organised in Pakistan. Sadly, the state and the public and private sector universities are not playing a leading role in the production of these reports. They are, however, their principal consumers.

It seems as though the gap in research and public debate in education left by the universities is being filled by the think tanks operating in the non-governmental sector. There are such exceptions, of course, as Aga Khan University’s Institute of Educational Development, which is known to be a producer of high-quality education research. Notwithstanding the exceptions, it is largely the smaller think tanks that have become the primary sites of discourse in education in Pakistan.

My critical reflection is not meant to belittle the good efforts put into the production of these reports by hundreds of well-meaning individuals and their organisations. I must also say that I am speaking as an insider, having contributed and commented on many of the reports that I will mention below. This column is meant to both recognise the education research effort taking place in Pakistan as well as highlight some possible questions that remain unaddressed.

There are hardly any broad-based discussions on the shared values that must be inculcated in the young children.

Let us begin with the Annual Status of Education Report (ASER). ASER is widely respected both nationally and internationally as a veritable reliable source of information about, among other things, the learning levels of Class 5 children. In addition to information about learning levels, ASER also provides estimates of enrolment in the public and private school across Pakistan. The statistics generated by ASER are disaggregated by gender and by the type of schools and aggregated at the district, provincial (rural/urban), and national levels. ASER also provides a comparative snapshot of physical facilities in schools. ASER reports and data are frequently cited in publications about the education crises in Pakistan and its possible solutions.

The second producer of education research on my list today is Alif Ailaan (AA), a campaign for education reforms in Pakistan. AA has more than eleven research-based reports on its web portal. The publications include one on an estimated number of out-of-school children in Pakistan, which AA researchers put at a whopping 25 million. They also include yearly ranking of districts on multiple measures of access to and quality of education. This ranking has been developed collaboratively by researchers at the AA and Sustainable Development Policy Institute (SDPI) and is based on secondary sources such as PSLM and ASER. AA has also collaborated with the Lahore-based Society for Advancement of Education (SAHE) to develop a snapshot of teachers’ life and work as teachers.

Another report on this portal explores the potential role of organised teacher unions in education reforms. You will also find some reports on education financing and budgeting on AA’s portal. All in all, regardless of your vocation as an education researcher or social entrepreneur, you stand to gain a good deal of useful information from Alif Ailaan about various dimensions of education crises in Pakistan.

Third on my list today is Institute of Development Economics and Alternatives (IDEAS). IDEAS is a young policy research institute, which has taken off with 15 research reports to its credit within a short span of three years since its inception, two of which are exclusively on education. These reports focus on the issues of teacher recruitment and retention in Punjab and Public Private Partnerships in education. The former study indicates the pitfalls in the recruitment processes, especially the political interference, and suggests policies and practices to overcome them. The latter study describes the promise of public-private partnerships in improving the quality of education in state-run schools while keeping it free at the point of service.

The fourth notable producer of publications on education is Institute of Social and Policy Sciences (I-SAPS). I-SAPS has more than 38 reports on its web portal. The reports are both descriptive as well as evaluative and span various aspects of the education system in Pakistan.

For instance, from the reports on financing and budgeting of education in Pakistan, you can learn about both budgeting processes as well as the state of education budgets in Pakistan. I-SAPS yearly reports titled Public Financing of Education have become a reliable and respected source of information on the subject. I-SAPS has also ventured into assessing the performance of political constituencies across Pakistan. The institute has also documented the use of its reports by local stakeholders to stimulate politicians into using their offices for the improvement of schools in their constituencies.

Finally, I would like to mention the Lahore-based Society for Advancement of Education (SAHE) and its affiliate Campaign for Quality Education (CQE). Here I will only mention the CQE publications. The CQE has about 16 publications posted on its web portal. The key framing terms for its publications are access, quality, equity, and educational justice for all. It has also recently started its yearly series of reports titled the Education Monitor. Two issues of this report have already been launched. The CQE has also conducted studies on the language in education policies in Punjab and Sindh.

We can now take stock of the preceding descriptions and will not be too off the mark in stating that, apart from a few notable exceptions, the issues of access and quality of education mainly circumscribe the debates on education in Pakistan. We speak about access issues when giving estimates of out-of-school children and measuring enrolments, and we speak about quality when looking at whether children can read and write and solve simple mathematical problems. The rest is a matter of comparison. The debates on public financing of education also focus on whether increase in public financing is producing desirable improvement in enrolments and quality of education measured in terms of learning gains. Thus, these debates are important inasmuch as they can help us bring more and more children into schools, keep them there, and provide them with a kind of education that has utility for both the educated individuals and the society.

All of this sounds good except that these terms of the debate may remain inadequate if not augmented by additional questions. For instance, there is very little discussion on what should be taught to our children in most subject domains including social and Pakistan studies and citizenship education. There are fewer debates on purposes of education that are best suited to Pakistan’s peculiar context. There are hardly any broad-based discussions on the shared values that must be inculcated in the young children. There have been concerns expressed but no systematic conversations so far on how the spike in private education may be fragmenting the already sharply divided Pakistani society and what must be done to stem this tide. In fact, a narrow focus on access and quality, though important, may be eliding a vital discussion on the purposes of education.

I am not arguing against a focus on access and quality of education. However, it is not just the quality of service delivery but also that of the contents inside the boxes being delivered which is equally important.

The civil society organisations and think tanks are doing an admirable job in filling an important existing gap in education policy research work. Their work will be even more useful if they can find ways of broadening their existing education research agenda.

One way to take a start may be to invest in developing research questions that can potentially expand the existing conceptual and empirical fields to encompass some of the above, and more, concerns.

A snapshot of education in Pakistan