Though the Punjab government’s ban on slaughtering of female animals has caused some ripples in the meat market, it will eventually help livestock farming grow 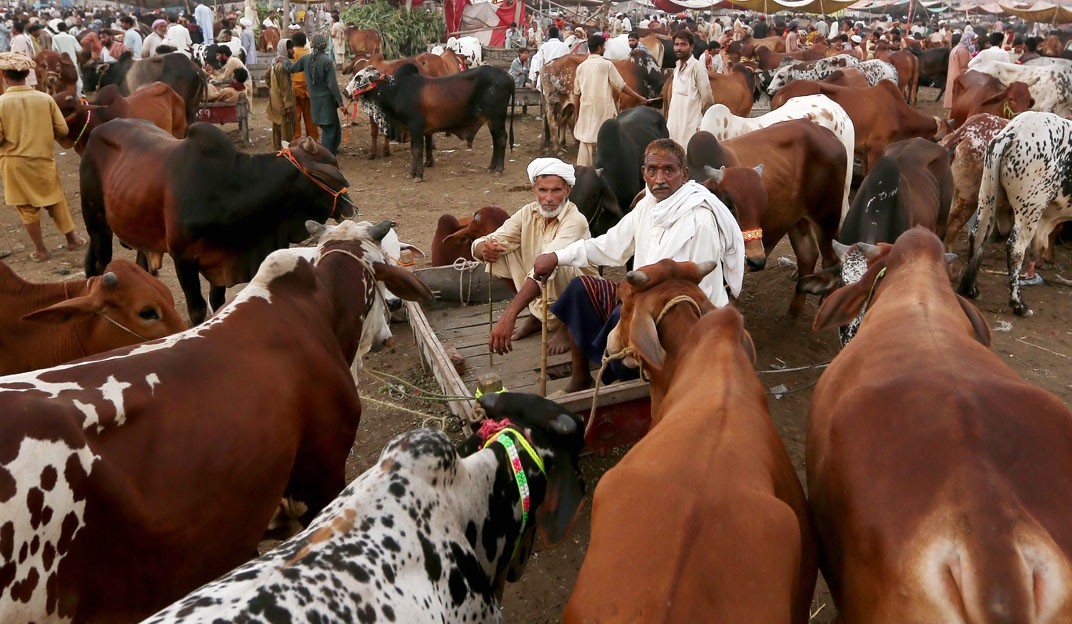 The Punjab government has implemented The Animal Slaughtering Act of 1963 which explicitly prohibits slaughtering of female animals. Violators will be arrested and heavily fined. The step is taken after reports of a 40 per cent drop in female animals’ population in the province. The decision will have an impact on the meat market of not only Punjab but the whole country. Punjab contributes a major share to the country’s meat supply market. It has been reported that female animals have a share of more than 60 per cent of that market.

"It doesn’t mean that the government has banned the slaughtering of all female animals," says Additional Secretary Livestock Punjab, Ashiq Hussain Dogar. "The ban is placed on slaughtering of young animals and those of reproductive age, while those who have completed their reproductive life or those who cannot produce milk can be slaughtered," he clarifies.

Dogar gives the example Turkey and Iran that were once major exporters of meat but due to massive slaughtering of female animals have now become importers of meat. "We don’t want to face the same situation."

Dogar is of the view that these hard times of one or two years will help us overcome the crisis on a permanent basis. "We have formed district committees, involving butchers and commission agents in the process and contacted individual owners through short messaging service (SMS) to ensure that no female animal is slaughtered in Punjab," Dogar says.

On the other hand, there are rumours in the meat market that the government has imposed the ban because it wanted to export livestock to the Middle East. "If 100 animals are brought to the slaughterhouse, more than 70 out of them are female. How can we fulfill the demand when we cannot slaughter the female animals?" asks Imran Ali, a butcher from Kamoke of Gujranwala district. "They want to send over 50,000 goats, cows and buffaloes to the Middle East." Rumours apart, the demand and supply chain concern seems valid.

Economist Dr Qais Aslam says the ban will definitely hit the demand-supply chain and will result in inflation in meat prices. "As per economic laws, the society will automatically shift to substitutes and people will turn to the option of poultry and other available options," Qais explains, adding, it will also create room for new businesses.

He thinks the crisis will not last for more than two years if the government implements the ban strictly. "It will not only save the female goats but will also help cattle farming grow on corporate level. Livestock is a major sector of our country’s economy but sheep and goat farming on corporate level is negligible. There is definitely an opportunity for more people to come in this business. It depends on the farmers how they get the benefit out of it," Qais says.

Eidul Azha is just around the corner and people from all over the country are bringing their cattle to the markets. Dr Abdul Rehman, Director Breed Improvement, Livestock Department Punjab, says people save 70 per cent of the male livestock for these three days of Eid as they get good price for their animals on Eid days. He says recent floods have hit livestock in Sindh, Balochistan, and KPK. "The government will purchase the female animals from those who earn their bread and butter by bringing up and selling the animals and the government will pay them more than what they could get from butchers."

Rehman encourages the public to contact government representatives in their area for the purpose. He is hopeful that this timely step will help control the situation in a couple of years. "If the 60 per cent protected female animals reproduce twice on average in the coming two years and even half of their calves are male, the damage would be undone," he argues. "This move will give a boost to farming for beef and mutton."