End of radio transmission in Quetta

The federal government has allowed the Balochistan government to build a huge sports complex on the land owned by Radio Pakistan in Quetta. What does that mean for the Baloch population? 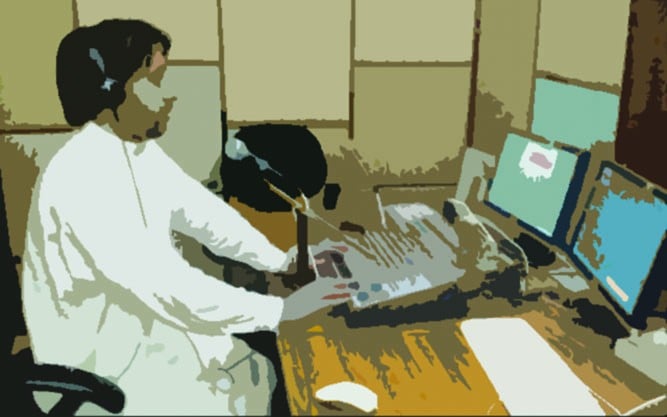 Balochistan’s ruling coalition headed by the Baloch National Party has decided to construct a huge sports complex on the land owned by Radio Pakistan (RP) in Quetta. The 18 hour transmission in local languages for whole Balochistan and an Islamic programme for provincial capital will soon be closed permanently.

Radio Pakistan owns over 64 acres of land fenced with barbed wire. Two Russia made transmitters and equipment are installed there and a well-equipped studio for emergency purposes besides eight flats for low paid employees on Sariab Road in the outskirts of Quetta.

The transmitters, 10 KW each, had been in use since the 1950s for transmitting programmes on Short and Medium waves in local languages like Balochi and Brahvi besides Urdu. Both transmitters had started becoming weak in year 2000 and ultimately stopped functioning in 2010. The programmes had listeners in almost all of Balochistan, particularly Makran and some parts of Iran, Afghanistan and Gulf region.

This year in the month of Ramzan, an FM transmitter was installed in the same compound for Islamic programme like ‘Saut Ul Quran’.

After becoming dysfunctional, the Quetta office of Radio Pakistan has been making effort to get these transmitters replaced with new and more powerful ones. Now, RP local official says, they have taken up the matter with the federal government for new transmitters and recently a PC-1 has also been approved. A small well-equipped studio has been set up in the centre to continue the transmission. Balochi and Brahvi programmes were shifted to Yaro transmitter that covers a very small area, allotting a couple of hours airtime.

"Many of these local languages programmes were so popular that we received letters even from our listeners in the Gulf region and Iran," says a local producer Abdul Haleem.

"Basically the said land belongs to the federal government and it is up to it whether it utilises the land for its own use or transfers it to another party," says Imran Gardezi, Director General Radio Pakistan.

Dislocation of an already well-established transmitter centre from a prime land worth billions of rupees to a desolate area will be unfeasible in terms of security for the installations, staff and otherwise.

The Chief Minister Dr Abdul Malik Baloch put a request before Prime Minister Nawaz Sharif on the eve of his recent visit to Quetta in August for handing over the whole transmitter centre of Radio Pakistan to the provincial government for construction of a sports complex besides necessary funds for the project. Prime Minister agreed about the land bit but refused to provide the funds.

Through a letter, the Prime Minister Secretariat directed the Ministry of Information to transfer the said land within 15 days to the provincial government for construction of a sports complex and allied facilities for construction at its own cost.

Chief Minister Dr Malik was surprised when his attention was drawn by this scribe over the closure of Radio Pakistan’s local languages’ programmes for the whole province. "Really!" he exclaimed, "I didn’t know that. However, we will look into the matter."

In late Z.A. Bhutto’s time, a 75 KW transmitter had been installed in the north of Quetta at Yaro, targeting the Pashtun population living both in northern part of Balochistan and across the border to counter the growing Russian influence.

Due to paucity of funds, the Quetta station could not maintain its fences. The RP land became a thoroughfare for pedestrians, motorcyclists and cyclists. Children play cricket and football there. The previous RP local management rented out four out of total eight flats and a small piece of adjoining land to a private school.

"Radio is the only medium that has access to every nook and corner of Balochistan. If you close it down, how will the government communicate its policy and message to the masses in the province in case of emergency," asks former federal information minister Agha Nadeem. He says no one can deny the importance of sports complex but radio is more important.

Is it wise that instead of replacing these transmitters with high powered ones to have access to more and more areas, particularly in districts infested with insurgency, and expanding its facilities in the transmitter centre, the provincial government is opting for a politically motivated move. The move may benefit some of its local party leaders and workers in terms of kickbacks or the party may win a few thousand votes after pleasing a small population, but it will definitely be a setback for the Baloch population as well as people outside Pakistan.

There are already two grounds in Quetta city -- one named Qasim Cricket Stadium and another Shawani Stadium in the same area. If the provincial government wants to build a complex for sports facilities, Shawani Stadium is the best place to be turned into full-fledge sports complex. There is a good tract of government land in Hazargunji, eastern or western bypasses, for the purpose.

Dislocation of an already well-established transmitter centre from a prime land worth billions of rupees to a desolate area will be unfeasible in terms of security for the installations, staff and otherwise.

The federal government will lose its audience in a province like Balochistan where insurgency occurs from time to time. The government needs to expand radio transmission for programmes in both the local languages and Urdu that carry its policies and promote national integrity.

The federal government should not only provide new high powered transmitters without any further delay, it should install more transmitters in different parts of the province to reach out to the entire population like it can in other parts of the country.

End of radio transmission in Quetta