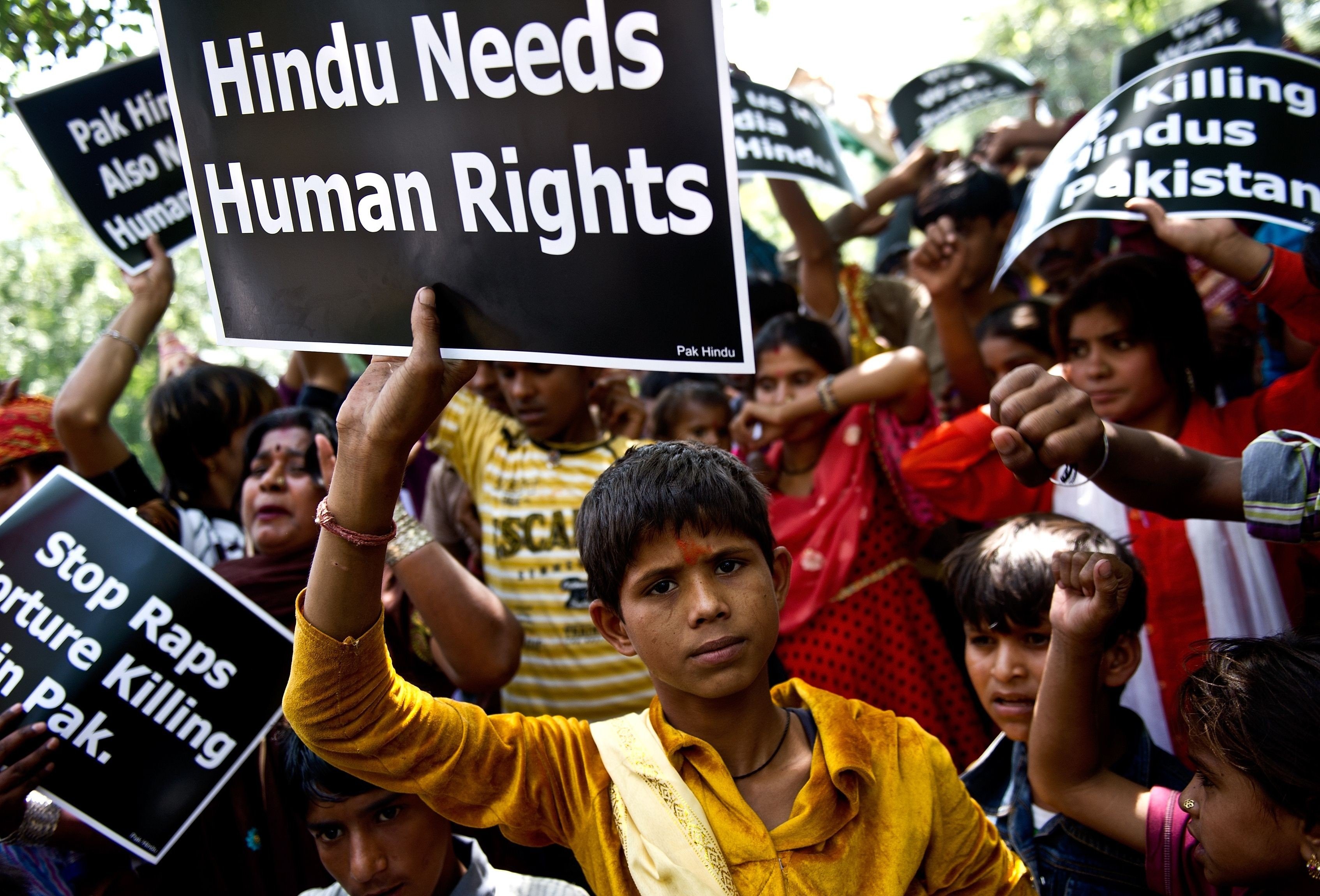 If the progress on realisation of minorities’ rights, or the scope thereof, is to be assessed in 2015, there isn’t a better method than evaluating the government’s compliance of the illustrious judgment of Supreme Court of Pakistan on June 19, 2014.

While jurists and human rights defenders welcomed this as a landmark judgment, the federal and provincial governments, whom the judgment assigned additional responsibilities, neither showed any reservation nor enthusiasm on the judgment. In fact, it would be fair to assume that the governments did not want any review of the judgment.

The Supreme Court addressed eight petitions and suo moto matters jointly in this judgment -- about issues that included protection of places of worship, forced conversions, registration of marriages, affirmative action for provision of jobs opportunities and threats to minorities such as Kalash tribes and Ismailis.

Instead of providing remedy in each complaint, the apex court chose to emphasise equality of rights and order protective measures and institutional arrangement for delivering rights to minority citizens.

The Supreme Court ordered establishing a National Council for Minorities and three different task forces to; 1) formulate strategy for religious and social tolerance in the country, 2) introduce curriculum reforms, and, 3) ensure security of minorities’ places of worship (special force).

The National Council for Minorities was to be set up with a mandate to monitor implementation of fundamental rights as well as contribute advice on the policy matter. (By nature of this mandate it was bound to be a permanent, independent and statutory human rights institution according to the UN prescribed Paris Principles).

The remaining three orders were about; a) ensuring criminal proceedings against the violation of rights of individuals and minority communities, b) curbing hate speech in social media, and, c) ensuring reservation of job quota in the government services. The court also specified, where necessary, whether the orders were to be implemented by the federal or provincial governments, as shown in the following box and chart (Figure 1).

The court also ordered its offices to keep the file of the case open which a bench of the Supreme Court will use to "ensure that the judgment is given effect to." Citizen could also approach the apex court to redress these matters without filing a separate application.

Here is an assessment by Centre for Social Justice, (Tables 1-5 and Figure 2), based on the compliance reports submitted by the federal and provincial governments in seven hearings between November 16, 2014 and March 12, 2015, the last hearing so far. However, the status of compliance remained same till August 2015.

Grading of the performance of the respective governments is based on compliance reported to the Supreme Court against the orders of the court. Five is the highest score out of 25 for provincial governments and 20 for the federal government. No compliance and no claim gets zero, small or vague action though a claim gets 1-2, the action without claim also gets 1-2, action with considerable delay 2- 2.5, active compliance without full result get 2-3 while nearly and full compliance gets 4-5 scores.

Thus while we could collectively achieve only 44 per cent compliance on paper, the federal government, and the governments of Khyber Pakhtunkhwa and Punjab did poorly. The government of Sindh barely crosses 50 per cent compliance. Only Balochistan made graceful accomplishments, probably due to factors and conditions that necessitated such actions.

On the other hand, a qualitative assessment shows that the performance of governments, ministries and related departments was poor in most of the areas of compliance. No government reported setting up the three task forces and the federal government was unable to establish the National Council for Minorities.

Neither did the governments constitute an empowered committee for the implementation of the judgment that carried policy as well as budgetary implications, nor did the compliance report mention any cabinet level deliberations on the subject.

The bench had to remind the government representatives regularly to supply sufficient information on compliance such as security plan for safety of places of worship since the governments failed to raise special force.

One measure for assessing the claims can be looking at the effects. For instance, the twin suicide bomb attacks in Youhanabad, Lahore, took place three days after the Punjab government had assured the court about their sound security plans, yet no one has been held responsible for failure of the security plan. The government of Sindh did not have more to report than arresting two of the several dozen persons who vandalised a temple in Larkana about two years ago.

The Khyber Pakhtunkhwa government almost admitted its inability to punish the culprits responsible for destroying a temple in district Karak due to fear of the local religious figures.

Allocation of job quota is the only area which received attention of all governments, that too with a measure of ambiguity about how they will make reservation of jobs result-oriented and monitor successes and failures of the policy.

Any nation’s success is measured by its response to challenges. The kind of response this government has shown to the judgment should make no nation proud of its performance in 14 months.

The governments and civil society need to play their due role and make serious efforts to turn compliance of the judgment into an opportunity for rule of law and to cure institutional dysfunctions of state machinery. Fulfilling minorities’ rights is a test that will determine whether the governments are able and willing to deliver on the promises of rights made to all citizens in the constitution of Pakistan.