"This code may not be good or the best, but it is better than nothing."

Hamid Mir tells the history behind the making of the new code of conduct, discussing whether or not it is a consensus document 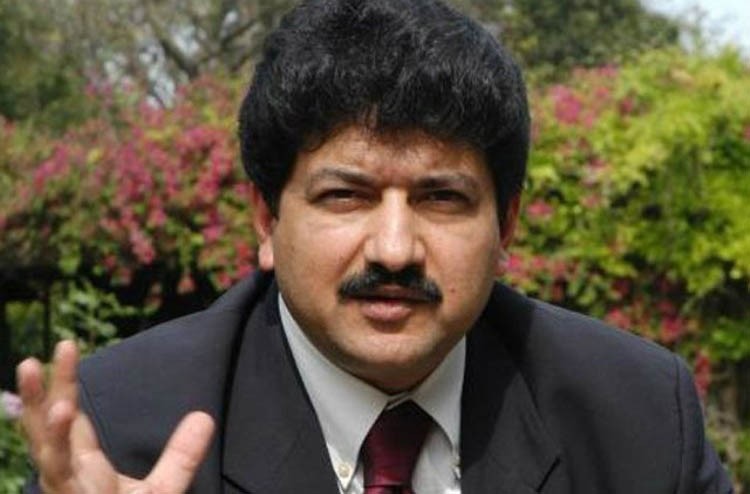 The new Code of Conduct (CoC) for Pakistan’s raucous electronic media notified by the federal government last week is the unintended result of a petition filed in the Supreme Court of Pakistan by two journalists -- Hamid Mir and Absar Alam -- on transparency of use of public funds and alleged distribution of money among some journalists by successive governments through the erstwhile notorious ‘secret fund’ managed by the Ministry of Information & Broadcasting.

In an interview, The News on Sunday asked petitioner Hamid Mir what really happened and how he sees the CoC, which is dividing the opinion.

The News Sunday: Why did you and Absar Alam go to court?

Hamid Mir: We filed a petition in the Supreme Court in July 2012 and demanded accountability of black sheep in media. We presented ourselves for accountability and asked the court that all tv channel owners, anchors, columnists, and editors must declare their assets and source of income. We demanded formation of a media commission to review media laws. We did speak about a Code of Conduct but not through the court but, preferably, through a joint platform of all key stakeholders who were not ready to sit together. And, we demanded the abolition of secret funds, especially that of the Federal Ministry of Information.

TNS: The CoC has come through court orders. Was this the right route or was self-regulation a better option?

HM: We wanted self-regulation but the key stakeholders, thanks to their mutually antagonistic relationships, were not ready to reach a consensus on a CoC for the media, which was losing its credibility because of lack of a consensus code. Unfortunately, the information ministry and Pakistan Electronic Media Regulatory Authority (Pemra) opposed us at that time, insisting there was no need for a new CoC because the government was interested in imposing its own version of it.

Pemra filed written responses in the Supreme Court in answers to our petition and, at the same time, started its paperwork for enforcing its own CoC but we opposed it and contended that Pemra was misleading the court by claiming that they have consulted stakeholders whereas they never did. During one of the hearings I objected to the office of "acting chairman" of Pemra, which was illegal and then acting chairman, Dr Jabbar Khattak, was removed by the court. After his removal Rashid Chaudhry became Pemra chairman but he never tried to enforce a consensus CoC. He was removed by the new government and this matter is subjudice now.

TNS: Whichever the motive and source, how do you feel about the new CoC?

"The Code was not produced by the information ministry alone. It started consultations with all stakeholders, including PFUJ, APNS and PBA on directions of the court."

HM: The court never tried to impose anything. Some 60 hearings were held in the last three years and Pemra failed to make a consensus code and, finally, the court enforced a document which was prepared by all stakeholders. The Media Commission report came in 2013 and Pemra also failed to make a new code in the light of commission’s recommendations. The Supreme Court froze the secret funds and asked the government to enforce a CoC. The court also asked Pakistan Broadcasters Association (PBA), the representative body of owners of private tv channels, to sit with the government to reach a consensus. A final document was prepared in June 2015 but there was no notification. The court merely ordered the new code enforced.

TNS: The new CoC was produced by the information ministry in consultation with some media stakeholders such as media owners but not the media regulator, Pemra. If the product was in the name of Pemra and it was not consulted then is this a legitimate CoC?

HM: The Code was not produced by the information ministry alone. It started consultations with all stakeholders, including Pakistan Federal Union of Journalists (PFUJ), All Pakistan Newspaper Society (APNS) and PBA on directions of the court. Prime Minister Nawaz Sharif created a committee to facilitate consensus. Interestingly, the information ministry informed the court in June 2015 that PBA was reluctant to make a CoC. The court directed PBA to sit with the ministry. Pemra officials were present in all hearings. The ministry was in touch with them. I have documentary evidence that Pemra presented its view on the code many times in writing but we always objected to the Pemra code because it was one-sided. On the last hearing, I asked the court that Pemra is the final authority and it should notify the consensus code. Deputy Attorney General, Amir Rehman, asked Pemra in front of me to give their opinion in the court but they never did.

TNS: You and Absar Alam are journalists and you went to the Supreme Court as journalists. Working journalists were not consulted in the CoC. Is this Code then acceptable to journalists?

HM: The PFUJ was a party in our case. I have documentary evidence. The government consulted them and PFUJ held some meetings in the National Press Club to consult other colleagues. Unfortunately, the PFUJ representatives were not present in many hearings.

TNS: Do you think this CoC will help Pakistani media become more ethical since that is its stated intention? If not, what else needs to be done?

HM: This code may not be good or the best, but it is better than nothing. Let’s at least consider it the first step in the right direction. I myself have some objections to it but we were not part of the committee [drafting the Code]. I think we can modify later but let’s practise it in the first stage. The new code will, hopefully, not create big problems but it may resolve many existing problems.

"This code may not be good or the best, but it is better than nothing."