Putting our golfing house in order 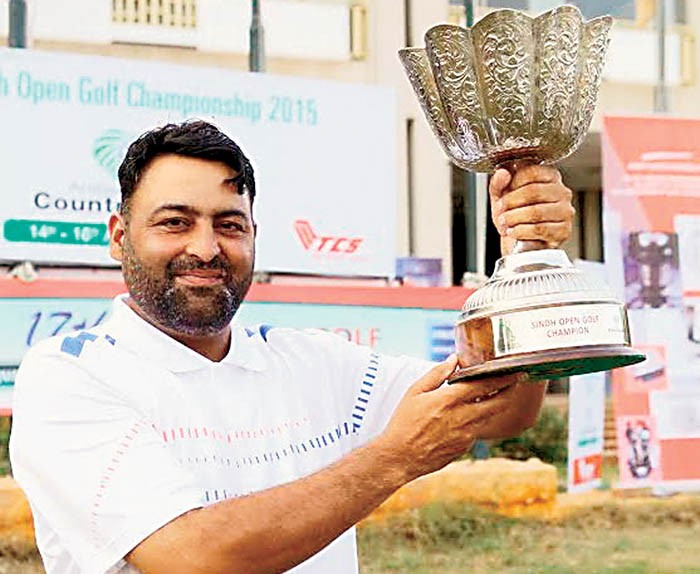 For golf enthusiasts in Karachi August seems like a month made in heaven. This entire month is packed with major golf championships. The first week saw the UMA-CNS Open, followed by the Sindh Open and now the UBL-Independence Day Cup. So the venue as well as the golfers kept moving from KGC to ASCC and onto DACGC. The entire golfing elite of Pakistan are presently in Karachi -- the professionals and the amateurs. It is encouraging to see that our Pro circuit is getting bigger and growing both in quality and quantity in terms of prize money.

Time and again, we talk about our professionals to venture out to the international arena, we talk of sponsorships and we keep saying therein lies our golfing future! Not so, first we should concentrate and ensure that it is in our own country that the growth of golf takes place. That can only be achieved by concerted efforts of both the Pakistan Golf Federation (PGF) and the provincial associations. A sport like golf which has such a rich and powerful image worldwide, should not just be left to individuals manning these institutions but supported by the golfing community, the country, the government as a whole.

The Pakistan Open for that matter or the National Amateur Championship is not exclusively the domain of the PGF, they belong to the country. Therefore without much ado, the government in place should also own and support these events that have the potential to showcase the soft and progressive image of Pakistan.

In Shabbir Iqbal, Muhammad Munir and Hamza Amin, we have great talent and promise at hand . All we need is to channel their efforts and commitment to bring Pakistan on the world map of golf. India is already there since a while, even Bangladesh is almost there. We have just been wasting precious time.

At the amateur level, we lag far behind and we the golfing community is feeling our inadequacy. As a result, golf is increasingly becoming segmented -- members are forming their own golfing groups and societies of ‘like minded’ golfers, organising their tournaments, engaging in tours abroad as well as within the country. Surely they felt there was a gap which the clubs were not fulfilling, as clubs are mostly busy in organising sponsored tournaments and less of their own which detaches the members from being proactive club members. In summary, the golfing scene at most clubs is indeed changing, it’s more fun and frolic and sadly the only serious golfers are now the professionals and a handful of amateurs.

Hence it is professional golf that has to be nurtured, by way of encouragement, promotion and facilitation which can practically come directly from clubs, the golfing community and, of course, the organisations responsible for regulating the game.  The PGF is in the process of reviewing its policies with the aim of making them more golfer friendly, becoming ‘inclusive’ rather than ‘exclusive’. It was indeed a good gesture by the PGF when its President came down to see the CNS Open golf championship, played as well and attended the prize giving ceremony. Greater visibility of PGF officials sends a good vibe to the community of golfers.

Apart from office bearers of the organisations, responsibility also rests with the executive committee members. Generally, it is only the office holders who take on the tasks while committee members mostly confine themselves to suggestions and expressing views in the meetings they attend, thus playing no active role. "Too many cooks" can certainly "spoil the broth", nonetheless, many still are needed to share the responsibilities and play a creative role to further improve the management of the game.

Admittedly, we all feel the genuine need that ‘something’ should be done to raise the standard of golf, the golf courses and the infrastructure to support the development of the game in the country. We should do that ‘something’ real fast, time is teeing off too fast, golf enthusiasts are aging, resorting to nine holes of golf and moving onto golf buggies, not for speed of play, but because of fatigue.

Time is however ripe for tapping serious and long lasting sponsorships as golf now offers greater exposure both in print and electronic media. With the recent live TV coverage by PTV, unlimited exposure was up for grabs which unfortunately went untapped. Both the final rounds of CNS Open and Sindh Open were on air for good six hours, this would be any advertisers delight. As interest grows in the game, the organisations and clubs should act intelligently to package golfing events in such a manner as to cover all expenses and put aside a sum for the development of the game in nurturing talent which is already available. We will thus, at least get ‘On Course’!

Putting our golfing house in order