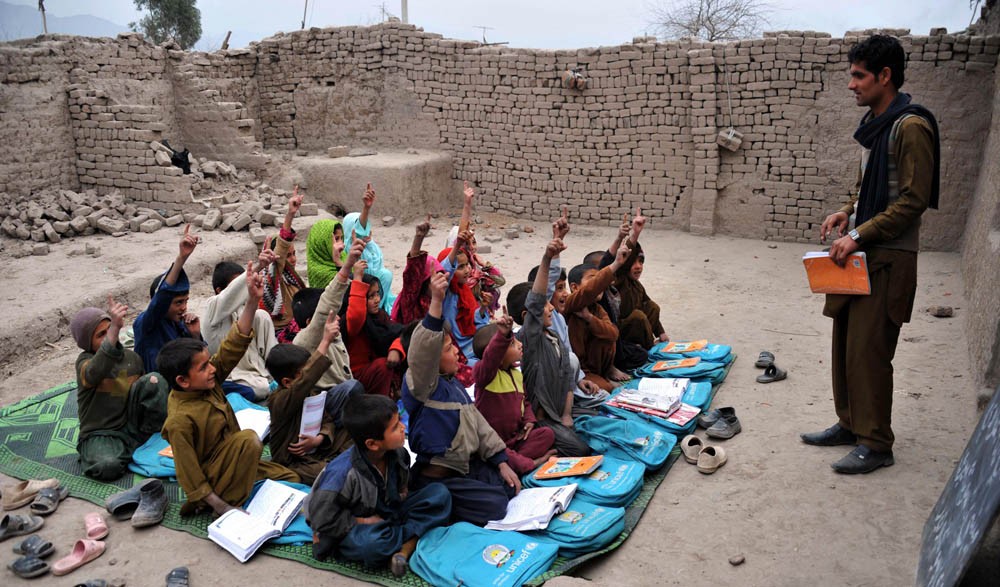 One of my readers raised the following question in her email after reading my last column, "who wants a public education system in Pakistan anyways?" I thought the question was meaningful enough to merit a reflection of column length. Here are some thoughts by way of response.

Let us assess if anyone genuinely wants a public education system in Pakistan and also briefly ponder over implications of our assessment. We can begin by assuming that state is the primary agency through which the society expresses its stake and aspirations for public education. The assumption is that if the society wants an effective system of public education, then the state, if it actually represents the will of the people, should honour it by organising a public education system. This will, if it exists, must appear in the form of wholehearted efforts by the functionaries of the state to coordinate the delivery of education for all children.

Typically, when a state decides to set up a universal public education system, it also raises funds through taxes and spends them in an appropriate and timely manner to organise the system to perform its core functions. The state also establishes standards of service delivery together with the accountability mechanisms to ensure that they are met. The service may not become available to everyone at once, but the direction of state’s policy and its actions remain consistent with the societal aspirations to make quality education available to all children. The state may encounter failures of one kind or the other. But they can always be reversed if the essentials are in place.

Since the actions of the state in Pakistan do not provide evidence of a strong will to provide a quality education to all children, two possible explanations come to mind. The first is that there is enough demand for a public education system but that there is something wrong with the interface between the public demand and the state policy. The second is that there is no demand for a public education system and the state is essentially playing to an external gallery to establish its credentials as a modern state without actually becoming one. That it is essentially engaged in what some scholars have termed isomorphic mimicry. There are several indications from my personal experiences that support the second explanation.

Begin with yourself and ask if you would send your children to a public school system or a private school? The answer is a no-brainer. The response would always be in the negative. The list of people who think that public schools are a hopeless enterprise includes policymakers, bureaucrats, and members of the civil society (even those who keep advocating for improvements in public schools). Ironically enough, it even includes teachers of the public schools who are paid enough to be able to send their own children to the private schools.

Nearly everyone across the entire socio-economic spectrum of Pakistan out of the people that I know or have met during my work would send their children to only a private school. Most people do not think that there will ever come a time in the foreseeable future when they could consider enrolling their children in public schools. Consequently, they do not think much of or about the public education system.

Our attitudes toward public education system are rife with contradictions. We do not want to give up on public schools as sites for the education of other peoples’ children, but we have also given up on them when it comes to the education of our own children.

There are, of course, some exceptions, but those exceptions also go on to prove that the exit from the run of the mill public schools is near complete. It is only the poorest of the poor who put their children in the public schools. But their voice does not factor much in the political calculus. Those who matter do not want the public education system, and those who want it do not matter.

Several keen observers keep reminding us of an abundant demand for education in our society. But at the same time they also note that the system is unable to aggregate this high demand. When the state was unable to meet the demand for education, the public looked towards the private sector institutions for its satisfaction.

The private sector institutions opened their gates for those who could afford them. The market adjusted to various levels of affordability by creating an entire spectrum of educational services ranging from high quality/high fees to low quality/low fees private schools. This situation of increasing dependence on market forces for the supply of basic education, which is worsening the already high levels of social fragmentation, is rarely lamented in Pakistan. In fact, private schools, especially the low-cost private schools, have been promoted as a panacea of sorts by many policy influencers in the academy and civil society. There are some who acknowledge the importance of public education system but they have also come to accept the provision of education by the private sector as a fait accompli.

There are also influential voices within the civil society that remind us of the importance of public education system, but they too tend to attribute it largely to the sector’s size and clientele, which consists of the poorest of the poor in Pakistan. We can’t give up on public schools because, they argue, who else can truly cater to the educational needs of the poorest segments of our society if not the government.

Public education system comes across as significant in these opinions, but not due to its essential role in guaranteeing the unity and accelerating progress of the society, but simply because it just happens to be too big. Consequently, the policy problems associated with the public school system are reduced to the problems of management of education of the poor.

Thus, our attitudes toward public education system are rife with contradictions. We do not want to give up on public schools as sites for the education of other peoples’ children, but we have also given up on them when it comes to the education of our own children. We want equity and educational justice, but at the same time take low-cost private schools to be vehicles for realising these high ideals. We talk about education as a basic right but also support low cost private schools as sites for its delivery.

Public education systems around the world were not set up to cater to the educational needs of the poor alone. They were grounded in a belief that common education was essential to the life of the modern nation-state. Public demand was not the primary driver of the reforms leading to the establishment of public education systems. In fact, they were part of states’ coercive strategies to create a certain kind of educated individual, which was adequately governable within a new type of state. Our early reformers were familiar with this vision of education. They knew about the power of the public education. It is a pity that they could not turn their ideals into reality.

Put differently, we cannot obtain a society without all schools, regardless of whether they are in the public or private sector, teaching a set of shared public values. That is to say, the private schools may also need to act partly as public schools in order to impart the shared values. At the risk of repeating what has been mentioned in several columns, private schools in such large numbers are not a sign of health but symptoms of a societal disease. This is a disease whose primary symptoms are social fragmentation, unrest, and lack of communication between various segments of society.

And if left untreated indefinitely, it can prove to be deadly for the society! We may not want a public education system as individuals, but we badly need it as a society.