‘Sochna Mana Hai,’ contrary to its name, purports to teach children from low-end public schools to think beyond their textbooks 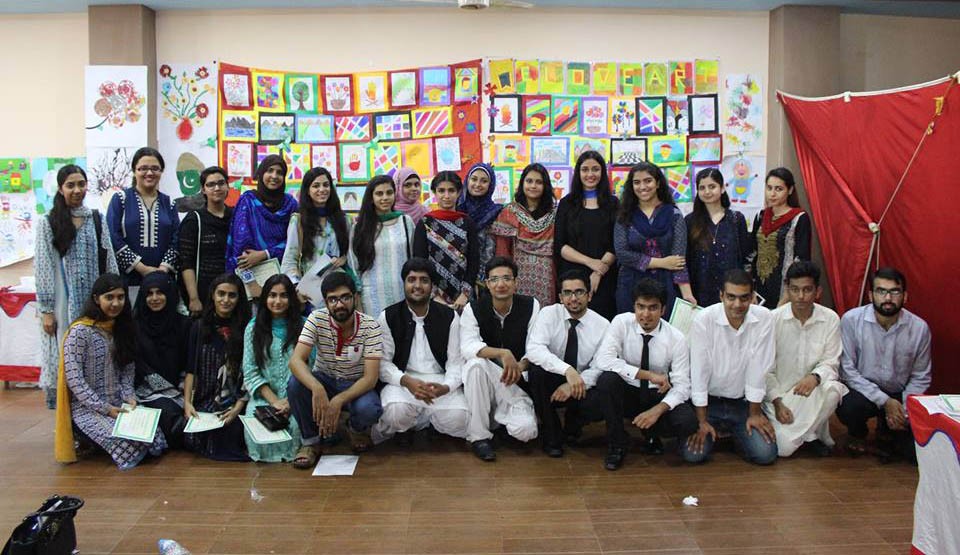 Al-Mashriq School hosts an unflattering interior -- its wallpaper is chipped, the ancient blackboard is stained and the electricity is gone. This doesn’t seem to prevent Malaika, a 12-year old girl in class 7, from describing her summer camp experience with unwavering enthusiasm.

"I used to think that summer camps were just for studying, but now I’ve realised that there’s a lot more I can gain from here, like friends," she says.

The summer camp in question is a project run by a local student based NGO called ‘Dream to Education for All’ (EFA), created by a LUMS sophomore, named Jasir Shahbaz, in 2011.

"Each one of us has the potential to improve the lives of those in need," Shahbaz says, when asked about the motivation behind creating the NGO.

What started off as a mere Facebook page, is now a prominent, registered NGO aiming to address the issue of illiteracy and provide quality education to under privileged children.

Since it was created, the NGO has run various programmes and summer camps engaging students from a range of high schools and universities as volunteers. This summer, its main project was a camp called ‘Sochna Mana Hai’ (SMH). As the name suggests, the camp sought to teach children from low-end public and private schools to think beyond what is written in their textbooks and, thus, develop the ability to analyse rationally. This is a refreshing change from rote learning that is usually encouraged in these schools.

Additionally, the camp also aims to reduce the female student dropout rate in these schools. Jasir Shahbaz explains how the issue of absences from school is particularly problematic for female students like Malaika.

"There is a very high opportunity cost for girls in these communities to continue with their studies," he says. "Most of these children’s mothers are domestic workers and, as a result, they pull their daughters out [of school] by the time they reach 5th standard or so. The purpose is to engage them in similar work assignments so that they can contribute to monthly income."

Interestingly, the children and the faculty of these schools, used in the camp, come from the same community -- low-income families with minimal education and, consequently, difficult living situations.

As the faculty are often also experiencing these adversities, Shahbaz acknowledges how the camp has impacted their teaching standards and methods.

Another aspiration of Sochna Mana Hai is to improve the teaching standards through teacher-training programmes. For a student run NGO, this is a tall order. But the people behind the camp are hopeful they shall be able to achieve their goal in several steps. The first step is hiring the volunteers. Students in either A-levels or university are selected through a rigorous application proces which Shahbaz defends by explaining, "The parents trust us completely; they never interfere in or monitor us so we need to make sure that we hire people who are trustworthy and passionate about teaching."

A curriculum has been devised which shall be taught to approximately 300 children from seven different schools. The curriculum has two parts -- teaching the subjects they had in school, like science and maths; and teaching the subjects they believe shall channel the students’ creative energies in works such as writing, arts, dramatics and public speaking.

They also have courses on social issues and ethics which they hope shall help the students learn to deal with the struggles they will face in their lives in a disciplined manner.

Extremist attitudes are decidedly shunned here. "We have both Muslim and Christian children attending our camps so we want to take this opportunity to promote interfaith harmony," Shahbaz adds.

The question here arises as to how effective the camp has been so far. On a recent visit, TNS found that the children at Al-Mashriq School were more than happy. Eleven-year-old Abu Bakr, for instance, confidently explained: "My favourite subject is Art and I’m really good at it!" Zainab, 10, voiced a popular opinion, "Our teachers are really friendly; we weren’t scared of them."

Shahbaz explains how the children changed through the summer camp in terms of confidence as well as discipline. He also says explains how much the interns benefitted from the experience, describing it as "transformational for both parties."

Perhaps, the only unsuccessful programme of the camp has been the one on teacher training. It had been designed to guide the teachers on how to make their classes more interactive and also to enable them to use multimedia and visual aid. A majority of the teachers, being matriculate, had received the same kind of education that they were imparting. They were not quite willing to unlearn and adopt newer methods. Some of the older teachers even took offence at the idea of young adults attempting to change their teaching style.

Shahbaz doesn’t blame them. "They lacked the incentive to teach due to their measly salary packages -- Rs2,000-3,000 per month. Asking them to come to the school and act as if their personal struggles don’t exist is easier said than done."

Despite this minor setback, it is quite evident that Sochna Mana Hai has been a successful and unforgettable experience for everyone involved. It is more than just a summer camp; it is a critique of the society that these people live in, a society in which thinking is actually discouraged.

The camp is rapidly growing into something that can greatly benefit the underprivileged youth and help make them effective and proactive citizens. As the Dream to EFA website aptly states, "Every child has a reason to live and a role to play; so let’s give them the opportunity to develop on their own." 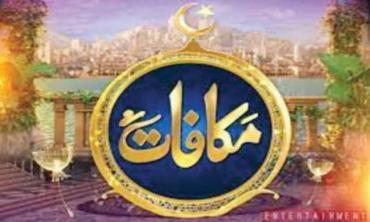