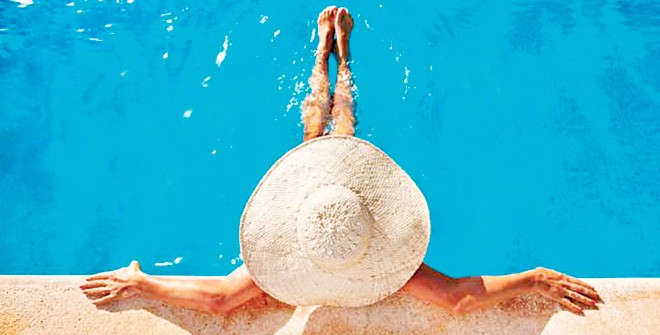 First things first: Choose your hair-removal method and stick to it. If you’re treating an area with lasers, don’t wax there between appointments – you don’t want to disturb the roots. “The root of the hair is the target, so it must be present during treatment,” explains Paul Jarrod Frank, a cosmetic dermatologist in New York City. “If you remove the follicle by waxing or tweezing, the laser will not work.”

Exfoliate Gently the Night Before

Scrubbing will do away with those dead skin cells that can clog hair follicles and result in ingrowns. Try a body wash with salicylic acid,such as Neutrogena Body Clear Body Wash Pink Grapefruit,which will clear pores and follicles. If you have a salicylic-acid facial scrub, it’s fine to use around your bikini area. Lele Gomes, an esthetician at the Rita Hazan Salon in New York City, sees great results with her patients who use a gentle loofah, such as Earth Therapeutics Loofah Bath Pad.

Retinoids and waxing are both forms of exfoliation. For regular retinol users -who generally have fewer dead skin cells on their skin – lip, eyebrow, or any facial waxing can strip away part of the epidermis, resulting in abrasion. Hold off on waxing in your first few weeks of using retinols. Retinoids “can contribute to increased skin fragility,” says dermatologist Craig Kraffert, who stresses that if you do expose skin to both retinoids and waxing, use caution--though he advises patients to stop prescription retinoid treatments for one week before waxing. Wu also asks her patients to avoid retinoids until redness has subsided.

Go a week or two after your period, and it’ll hurt less. “Prostaglandin levels are highest right before your period, so you’ll be more sensitive and more likely to swell,” says Jessica Wu, a dermatologist in Los Angeles.

Also, if you are planning multiple treatments, get them in this order: massage, wax, facial, pedicure, and manicure. If you get waxed before a massage, the wax may clog pores and cause ingrown hairs (hairs that aren’t removed at the root and then curl under the skin).

To prevent bumps and ingrowns, try applying a cold pack to the waxed area immediately following your service, which will close the pores and block bacteria from entering. Gently wash the area with a 2 percent salicylic acid cleanser (either for the face, like Bioré Blemish Fighting Ice Cleanser, or body, like Avon Clearskin Blemish Clearing Acne Body Wash) or an antiacne pad, or treat it with Tend Skin, an ointment that Kraffert recommends due to its key ingredient: acetylsalicylic acid (a.k.a. aspirin).

Combat waxing-induced redness by holding a paper towel soaked in a mixture of half skim milk and half cold water on skin for ten minutes and repeating every few hours. The milk’s lactic acid helps calm skin. You can also treat the area with a moisturizing salve (try Aquaphor Advanced Therapy Healing Ointment), a natural gentle gel (like one of pure aloe vera), or an over-the-counter hydrocortisone cream.

“If you want to decrease the level of discomfort over time, become a frequent waxer,” says Noemi Grupenmager, the CEO and founder of Uni K Wax Centers. “The more you wax, the less you will need to wax, as waxing reduces the strength of the hair follicle.” Over time, hair regrowth will become sparser.