The future of PPP

To stay relevant, the PPP needs to prudently deal with the challenges of leadership, ideology, charisma and its policy of political reconciliation 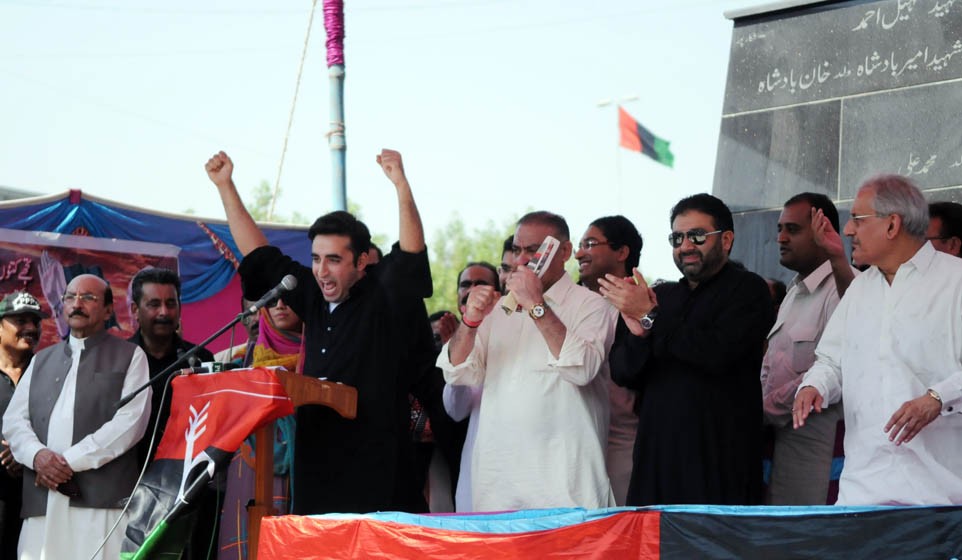 For quite a while, Pakistan People’s Party (PPP) has been facing unfair and partisan media scrutiny. The pattern is easily discernible. On the one hand, the PPP’s achievements and strengths are largely ignored. Its role in the restoration of parliamentary democracy, strengthening of the federation and as the sole mainstream alternative to different brands of right wing politics in the country is overlooked. On the other hand, its faults and challenges are framed in such a way as to suggest that it is a finished or fast-withering force.

In fact, the media’s portrayal of the PPP’s current state is more propaganda and less fair-minded reporting and analysis.

Perhaps the media is not realising that such partisan representation is counterproductive. The efficiency of the corporate media depends upon its performative ability to effect subtle and subconscious change in public perception and views. The moment it appears partisan, it takes on an explicit political identity to become a part of adversity. To paraphrase, the mediatisation of politics inevitably leads to the politicisation of media.

Certainly, the PPP is facing challenges and pressures but, as a general rule, such difficulties can often prove productive if understood dialectically. In other words, they represent potential opportunities that the party happens to avail at this particular conjecture of politics and history. To some extent, the PPP’s future hinges upon how prudently it deals with the challenges it currently confronts.

Here I focus on two of the main challenges faced by the PPP presently.

Unlike liberalism, agonistic politics privileges struggle and contestation based on the recognition of plurality and conflict. This does not mean that consensus in politics is impossible. However, each consensus, whatever craft, intelligence and means through which it is forged, is always momentary in political time. Therefore, proponents of agonistic politics consider consensus merely a gap or hiatus which is always subsumed by new adversities and conflicts.

The first and foremost challenge is how to continue with its policy of political reconciliation while, at the same time, upholding its image of a popular democratic force.

The course of reconciliation pursued by the PPP has so far significantly contributed to political stability and state building which, in turn, made the first-ever civilian transition to democracy possible. However, such consensus always generates new dynamics of conflicts and sets of demands, thereby necessitating review of the former terms of reconciliation. In other words, politics is always incomplete and reconciliation as a democratic project must be understood as a perennial desire that is never fully achieved.

The present design of national reconciliation is democratically flawed and deficient. It is, by and large, premised upon the principle of provincialism. As a result, it pushes a variety of ethno-regional claims for self-rule and internal autonomy down to the provincial level, eliminating the possibility of the federation performing viable balancing acts in their settlement.

A most relevant example in this regard is the growing demand for the creation of Seraiki province in Punjab. The region has traditionally been the PPP’s main stronghold in an otherwise adversarial province. The party risks the loss of its popular appeal in the region if it remains aloof from the Seraiki demand. Prolonged disregard will seriously jeopardise its prospects of popular revival in what is the crucial middle region of Pakistan. This is particularly true given its involvement in the fledgling movement to create a Seraiki province during its tenure in government (2008-13). However, the PPP also has to be wary of the fact that issuing significant support to the demand can jeopardise the entire basis of its political reconciliation with state elites who are clearly opposed to the breaking-up of Punjab -- the majority of state and political elites belong to Punjab and they are thus vehemently opposed to any such division of their power base.

The dilemma can only be solved by recognising that reconciliation as a democratic project does not mean the absence of political contestation. The PPP will have to find out ways and means to address multiple popular demands like the creation of a Seraiki province while pursuing the democratic course of national reconciliation.

The second major challenge facing the PPP is about its leadership, ideology, charisma and cadre. Its popular image has survived through the years because of its emphasis on these various dimensions of its political being. It is now faced with the prospect of both maintaining the specific mix of political characteristics which constitute its historic appeal and also transcending them so as to build a politics that is relevant to the objective conditions of the present.

The future of PPP