An ‘apolitical’ court belongs in a country with an apolitical military and a disinterested parliament. And this is why the judgement needs to be seen as the political coup it is 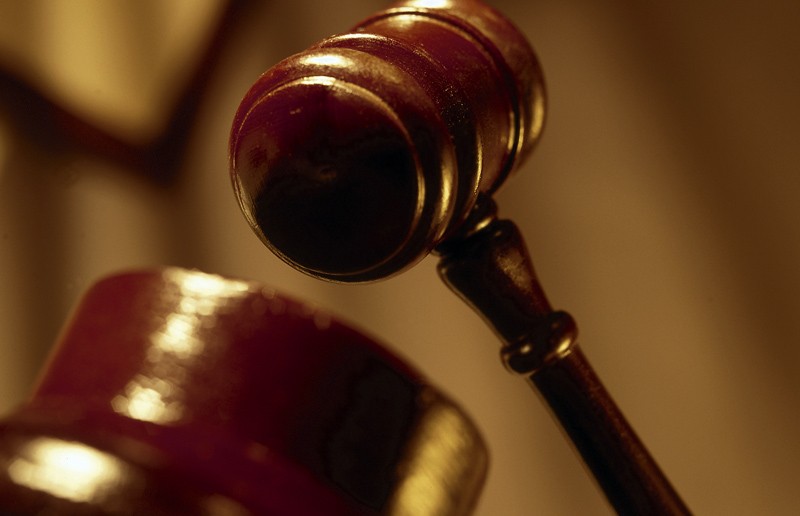 There are none so blind as those who will not see. Once the collective howls from the liberal quarter have died down, perhaps the true political import of the Supreme Court’s judgement on the constitutionality of the 18th and the 21st amendments can be considered. Once the bolting of the unicorn of parliamentary sovereignty and the divorce of ‘inalienable’ from ‘fundamental rights’ has been adequately mourned, perhaps we’ll understand what really happened.

At present, most commentators are sticking to the basics: who said what and why. In the last seven months, the finer legal arguments -- for example, do military courts militate against the independence of the judiciary; does basic structure have any relevance in Pakistan’s constitutional scheme -- have been reduced to one key formulation: is the parliament’s sovereignty unassailable?

Accordingly, the commentators have come up with grand rhetorical flourishes: who is authorised to speak for the Pakistani people, the unelected judges or the elected politicians? These have made way for more childish squabbles: who came up with more bad law? Who is worse? Who intended what? Are the judges protecting their turf or being more mindful of realpolitick? Is pragmatism better or idealism? The only feature of the judgement that has near universal acclaim is that the judges are thinking, as evidenced by all 902, tightly-written pages of the judgement.

But these debates are producing a peculiar political myopia: the theories, philosophies and histories cited have little to do with contemporary political trends or even the Pakistani polity.

The judicialisation of politics is the global phenomenon of our age. The political-legal binary has been subsumed by mixed questions of law and politics; public policy questions, political controversies and moral predicaments are increasingly being resolved by courts and through judicial means. Across the world, courts are now emerging as part of the larger political system and indeed, the national policy-making apparatus. Put another way, pre-existing socio-political struggles are now being carried forward by judicial empowerment. And this rise of courts as legitimate political actors wouldn’t have been possible without the blessings of influential political stakeholders such as the political and economic elite.

Pakistan’s propensity towards military adventurism, however, rendered the Supreme Court of Pakistan a political actor much before Iftikhar Mohammad Chaudhry made it to the bench. The former chief justice’s contribution to Pakistan’s constitutional history is not that he introduced judicial politics but that he expanded the frontiers of judicial review to renegotiate political space for the court vis-à-vis other political actors: primarily the military establishment and, to a lesser degree, the political elite.

It is against this backdrop that the current judgement needs to be examined.

Look at what happened.

The checks the court provided on the absolute, unfettered power of the strongest, unnamed, invisible player and the consequent strengthening of the political elite have fundamentally altered the Pakistani polity.

Since Iftikhar Chaudhry brought missing persons onto the national and international human rights radar in 2005, the military establishment has been complaining that cumbersome legal procedures in prosecuting militants are impeding its ability to fight militancy. However, the footage of military excesses in Swat, of the Adiala 11; stories of the intelligence agencies’ death squads, the kill-and-dump operations, the excesses in Balochistan; the international outrage; the chief justice’s thunderous outbursts didn’t help the establishment’s case for a more lax law. But in the ultimate analysis, that didn’t really matter.

The leakage of militants from the legal system -- exonerations for want of evidence or shoddy prosecution, jailbreaks etc -- suited both the military establishment and pro-Taliban political parties at the time. Flagging the law issue afforded the military with a plausible defence for its human rights violations as well as justification for not winning the fight. The court, meanwhile, continued creating greater political legitimacy for itself with its rulings on human rights, privatisations and state excesses.

The court’s political fortunes were helped immeasurably by missteps of other political actors. Musharraf’s dismissal of Iftikhar Chaudhry; the 2007 Emergency; the Osama bin Laden fiasco; the attacks on military installations; the establishment’s political machinations as evidenced by the Asghar Khan case and Hussain Haqqani-type misadventures -- all led to an erosion of public faith in the armed forces. The political elite, meanwhile, suffered the consequences of running a corrupt, ineffective and unresponsive government. But by the time the tide of public approval in Chaudhry’s favour ebbed in 2011, the Supreme Court had muscled its way into the political arena as a legitimate and strong contender.

But the last two years saw the military get serious about militancy. The Army Public School massacre provided the grist and lo, the 21st amendment to the constitution.

To argue -- as many of the judgement’s critics have -- that the amendment is a demonstration of unfettered, absolute parliamentary sovereignty as practiced by the people’s elected representatives is a notion unsupported by contemporary political realities. The national security and foreign policy portfolios have rested with the military establishment too long for anyone to pretend otherwise. And the politicians aren’t the only political players in town, let alone the strongest. To contend thus and to insist that the parliamentarians’ ‘independent legislative will’ ought to be respected by the courts as such is not just naïve, it is also disingenuous.

By doing so, the commentators vest the fig leaf used by the establishment with more political sanctity than it merits. And by insisting that the Supreme Court respect this edict by withdrawing all jurisdiction to determine the constitutionality of an amendment doesn’t empower the parliament; it only weakens it further vis-à-vis the establishment.

The civil-military imbalance pre-exists the recent empowerment of the Supreme Court; the court is just carrying this political struggle forward. The Pakistani apex court’s empowerment -- as noted by influential theorists such as Rans Hirschl -- is remarkable because it isn’t the product of a vibrant, functional democracy but happened in its absence. The checks the court provided on the absolute, unfettered power of the strongest, unnamed, invisible player and the consequent strengthening of the political elite have fundamentally altered the Pakistani polity. But the point that deserves reiteration is that the political elite couldn’t have done it alone.

Similarly, the courts’ focus on human rights have fundamentally changed the rights-based narrative in the country, how even the awam perceives its rights and their enforcement. Neither of the other players managed this. And these gains are just too significant to be dismissed by a bare reading of constitutional texts absent context. An ‘apolitical’ court -- if one were to be found -- belongs in a country with an apolitical military and a disinterested parliament.

And this is why the judgement needs to be seen as the political coup it is.

The judges have ostensibly ‘allowed’ the will of the people to prevail by giving them the military courts they supposedly wish for. But the cannier trick was to withdraw tactically -- by accepting the constitutionality of the amendment -- while advancing strategically -- by carving out a niche for future judicial intervention, should the circumstances merit it.

Repeatedly, the judges have spoken of the sovereign will of the people; spoken of their role in facilitating its exercise. Several judges have spoken of how the process of selecting judges has been vastly improved as a consequence of the parliament’s wisdom as reflected in the 19th amendment; that they don’t see the amendments as an encroachment on their power. Others have insisted that India’s basic structure cannot apply in Pakistan because it derogates against parliamentary sovereignty. There is frequent mention of the limitations of the judiciary: no claims to infinite wisdom, none of the pompousness or the delusions of grandeur that would antagonise. Pro-democracy arguments, all.

Significantly, for a judgement on the constitutionality of military courts, there’s very little examination of the merits of such courts. Only two judges have seen fit to point out that militants escape punishment due to flawed evidence and shoddy prosecution. Nobody has talked of Pakistan’s inglorious former trysts with military tribunals. And repeatedly, the word ‘terrorist’ is used for those accused -- not convicted -- of terrorism. The lapse could be forgiven in a rookie subeditor but not the judges of the Supreme Court of the land.

So if the judges are clearly pro-parliament and anti-‘terrorists’, why the insistence on reserving the right to future judicial intervention?

The answer lies in the subterranean political battles between the three actors. First, ruling the amendments unconstitutional at this point would have pitched the court against the military establishment as well as their fig leaves in parliament. Iftikhar Chaudhry’s last two years in office eroded some of the legitimacy the court had acquired; judicial overreach, power lust and self-aggrandisement were just some of the charges levelled against the court by critics both domestically and internationally. As such, the court couldn’t afford another pitched battle with a stronger adversary.

Second, in the arena of ‘popular’ sentiment, swimming against the tide would have drawn further charges of bad statesmanship. More critically, such a decision would have shorn the court of its moral and political legitimacy and left it in the wastelands of political irrelevance.

But a promise to respect all constitutional amendments -- irrespective of the nature of change suggested -- for all times to come would have meant an exit from the political arena. Critically, such a decision would have left the enforcement of the social contract-- parliamentary democracy, independence of the judiciary etc. -- as well as the protection of inalienable human rights -- fair trial, due process etc. -- to political players with documented, patchy records on both.

Dismiss as hubris the argument that certain rights are too important to be left to just the politicians. Discard also fears regarding policy capture by hegemonic groups. Even so, after decades of enfeeblement, the political class is not really a worthy adversary to the establishment behemoth. The events of the last year have only served as reminders of how fractured, fractious the political elite still is. More importantly, repeated bloodletting will leave the politicians even weaker as time goes by; they need an ally to fight alongside.

With this judgement, the court has asserted its right to sit at the high-chips political table. In future decades, it may come to be seen as the Zafar Ali Shah case of our times. But insisting that the court should only focus on narrowly defined legal issues and leave the political questions to the political elite will have, first, the courts evolving into just protectors of private property rights. Second, it will leave the real political questions to two unequally matched players.

The loser will be Project Democracy.